If you were compiling a list of novels banned for being dangerous and encouraging dissent, Lucy Maud Montgomery’s charming children’s classic Anne of Green Gables might not seem an obvious choice. Yet for several years during the Soviet control of Poland, Montgomery’s novel was banned as a ‘subversive’ book that was feared by the authoritarian regime because it was seen as inspiring hope and resistance to authority.[1] Anne of Green Gables had become a treasured text in Polish society after it emerged as an unlikely symbol of resistance to Nazism and the Soviet Union during World War Two.[2] The Polish army’s literary department had distributed the book to soldiers to inspire and bolster them as they tried to fight off the invading forces. Following the war, Anne of Green Gables continued to be a precious source of respite and hope for the Polish people while they suffered under Soviet occupation. Eventually, the authorities banned the book when they realised its importance to the Polish resistance effort. But copies produced by the dissident samizdat press continued to circulate. By drawing on the collective resource of individually memorised passages and preserved pages, the defiant samizdat movement was able to continue to distribute illegal copies of the cherished book.[3] Despite being banned, Montgomery’s novel about Anne Shirley (a precocious and imaginative orphan who is given a home in Prince Edward Island by the kindly Matthew and Marilla Cuthbert) only became a more powerful symbol of Polish resistance. The fascinating history of the relationship between the Polish people and Anne of Green Gables raises two interesting questions. First, why did the novel prove so important to the Poles when they faced invasion and occupation? And second, why – despite the eponymous heroine’s famously red hair – was the Soviet regime intent on stopping the Polish people from reading about her exploits?

It seems likely that the escapism Montgomery’s fiction offers can partly explain the popularity of Anne Shirley in occupied Poland. Having been brutally and rapidly invaded and then enduring years of Nazi and Soviet rule, the Polish population found themselves in ‘a time of unspeakable despair’.[4] Anne of Green Gables repeatedly emphasises the capacity of our imaginations to bring relief and distraction in such traumatic moments. Integral to Anne’s character is her use of daydreams to transport herself into fictive places and scenarios that are richer, more beautiful and more satisfying than her present situation. As an orphan who faced extreme hardship and mistreatment, Anne learned to use her imaginative faculties to escape from grim, bruising realities in orphanages and foster homes. And even after she is taken in by the kindly Matthew and Marilla, Anne continues to spend much of her time in dreamlands of her own devising. She may be sitting at the dining table, but her spirit will be ‘far away in some airy cloudland, borne aloft on the wings of imagination’.[5] Whilst Anne’s character encourages readers to test out the ‘wings of imagination’, the novel’s idyllic setting also lends itself to escapist fantasies. Montgomery presents Anne’s new home, Prince Edward Island, as a place of unspoilt, vibrant natural splendour: a welcoming utopia full of beauty. The island is offered to the reader as ‘a potential garden of Eden into which any good Christian may enter’.[6] Montgomery invites the reader to allow their mind to take flight and provides a suitably idyllic, enticing place for their imagination to land. So, it is not hard to understand why people beset by despair and deprivation would find solace and welcome relief in her work. Poles who found their homelands despoiled and their lives destroyed turned to Anne of Green Gables for ‘a fictive escape on a Canadian island utopia’.[7] 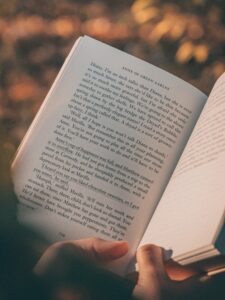 But it was not just escapism that Montgomery’s novel offered. Anne became an ‘empowering force’ for the Poles, giving them hope in times of repression.[8] Montgomery uses the developing relationship between Anne and her new adoptive mother Marilla to explore the power and autonomy that an active imagination can bring. At first, Marilla is presented as a cautious, conservative character who believes that ‘when the Lord puts us in certain circumstances, he doesn’t mean for us to imagine them away’. But Anne gradually teaches her to question her situation and to see new possibilities and alternatives: ‘do you never imagine things different from what they are?’ she asks Marilla.[9] Such exchanges surely reveal why Anne was viewed with fear and suspicion by the Soviet regime as a figure who was unwilling and unable to accept that her situation could not be ‘different’. Anne’s use of her prodigious imagination to picture a better world is both a ‘wish-fulfilling fantasy’, and also a form of ‘real power’ because of the control that it gives her.[10] One notable use of this power is Anne’s tendency to give her surroundings new names. Refusing to accept as fixed and final the titles of landmarks and roads in Prince Edward Island, Anne sets about inventing alternatives that capture her personal perspective. The Avenue becomes the ‘White Way of Delight’. Barry’s Pond is, in Anne’s imagination, the ‘Lake of Shining Waters’.[11] This process of renaming encapsulates Anne’s defiant refusal to accede to tradition and authority, as her insistence on moving from the prosaic to the poetic reframes the world around her. In Soviet Poland, a novel highlighting the power that such lively, inventive expressions of individualism can bring was unwelcome. Through Anne, Montgomery is ‘teaching us about creativity itself and possibilities for the human spirit’.[12] And for a regime reliant on crushing spirits and limiting possibilities to control the Polish people, the attraction of Anne’s imaginative vision was perceived as a threat. 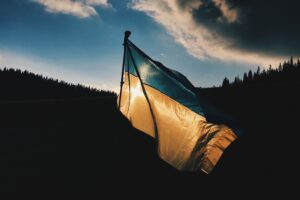 It is impossible to reflect on the story of Anne’s unlikely contribution to the Polish resistance without finding a poignant contemporary relevance to this strange tale. As Vladimir Putin’s Russia seeks to expand westward, the people of Ukraine are encountering an analogous threat to their spirits, hopes and safety. A regime intent on stifling dissent and suppressing freedom of thought and expression is, once more, imposing horrendous hardship on Europeans. Intriguingly, the Ukrainian people have – like Anne – used renaming to convey their resistance to this brazen attempt to strip them of their liberty. The renaming of Kiev as Kyiv, moving from the Soviet Russian designation to a more naturally Ukrainian transliteration, has become a political symbol of defiance. This move has given foreign press and leaders a means of expressing solidarity with the Ukrainians’ courageous refusal to submit to Russia’s brutal aggression.[13] Art and human creativity have again provided symbolic focal points for hopeful and inspiring defiance.[14] These are the fruits of imaginations that, like Anne’s, remind us of the resilience and inventiveness of the human spirit.

[6] Perry Nodelman, ‘Progressive Utopia: Or, How to Grow up Without Growing up’, in Such a Simple Little Tale: Critical Responses to L. M. Montgomery’s ‘Anne of Green Gables’, edited by Mavis Reimer (Metuchen; New York: Children’s Literature Assoc. and Scarecrow, 1992), 33. It is important to acknowledge the ‘overt racism’ of Montgomery’s portrayal of Prince Edward Island and its colonising inhabitants. Although, interestingly, this racism was ‘softened’ by Polish translators. For a detailed exploration of this subject, see Shawna Guenther, ‘Canadian Utopia in Poland: How L. M. Montgomery’s Anne of Green Gables Contributed to Polish Solidarity’, Beyond Philology (2017): 97-110.

[13] Alex Finnis, ‘Kyiv or Kiev? Why the Ukraine Capital’s Name Change Matters to the Russia Conflict, And How to Pronounce It’, The I, February 25, 2022, https://inews.co.uk/news/world/kyiv-or-kiev-ukraine-capital-name-changed-russia-war-how-pronouce-explained-1482981.