In the next installment of our Binge-Worthy?  series, Ewan Bowlby explores how watching the longform television drama Once Upon a Time might provide a unique and valuable source of spiritual nourishment.

Revisiting the hit ABC television series Once Upon a Time might seem like a pointless exercise. Aired from 2011 to 2018, its seven seasons blending fairy tale fantasy and real-world melodrama were not taken seriously by critics. A series branded ‘Sunday night comfort viewing’, this ‘supernatural soap opera’ is surely not worth considering as a potential source of spiritual insight.[1] Yet as I found myself racing through Once during the Covid pandemic, I realised it was provoking feelings that were worth paying attention to. Repeated exposure to dwarves, princesses, soapy romance and pantomime villains was providing something more than a mere distraction from the drudgery of life during a pandemic. I found that I was emerging from the fantastical realm of Once strangely uplifted and consoled, as if my relationship to my own world had subtly shifted. 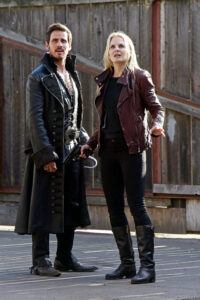 But what was happening during these daily viewing sessions? How, in theological terms, can this affective experience be understood? One way of answering these questions would be to look at the themes Once deals with. The extent to which the storyline and characters appear to be influenced by Christian tradition is already well documented. Commentators have noted that the series ‘regularly involves biblical themes and tensions that pull at the inner core of our psyches’.[2] Ideas of original sin, redemption and salvation are all central to the unfolding narrative. Jumping between the fictional town of Storybrooke in modern-day America, and a magical land full of familiar figures from fairy tales, Once is about the arrival of a ‘saviour’. The unambiguously messianic Emma Swan is portrayed as the one person capable of liberating Storybrooke and its residents from the curse afflicting them. It transpires that this quiet, unremarkable town is full of characters like Snow White, Prince Charming and Rumpelstiltskin trapped in our unenchanted world by the evil queen, Regina. This central narrative gives the writers ample opportunity to explore themes of fallenness, forgiveness, renewal and even resurrection, all in light of the advent of ‘the saviour’. The cosmic struggle between good and evil precipitated by Emma’s arrival in Storybrooke has obvious biblical resonances.

However, whilst this thematic connection to Christian faith invites a form of intellectual engagement with metaphysical questions, it does not fully explain the affective impact of Once. It seems that more could be said about how the experience of watching the series might shape our emotions, perceptions and experiences. The series’ capacity to hold millions of viewers enthralled throughout its many seasons implies that there was something valuable and enduring that countless people discovered in its fictions – something beyond the purely intellectual.[3] Rather than treating the series as simply a repackaging and Disneyfication of Christian doctrine for a teenage audience, we should also reflect on how these themes are conveyed. As a longform serialised drama, Once is a work of art that can create ‘dense, complex story worlds that unfold over months, years and even decades’.[4] The scope, detail and rate of narrative change allows viewers to become deeply involved with the characters and plotlines; series like Once offer a very different kind of experience to watching a film, for instance, or reading a fairy tale. And because these series ‘tie viewers to characters, situations and settings much more effectively’,[5] they can become ‘seamlessly integrated into our lives’.[6] My relationship with Once was not formed through a single, fleeting encounter, but a habitual, repeated return to Storybrooke and its unusual inhabitants.

This protracted engagement is, I believe, key to understanding what Once can offer viewers. In theological terms, the series gives its audience a chance to spend many hours in a fictive realm that can, gradually, reshape our perceptions of the ‘real’ world we inhabit. Whilst much of the action appears to take place in an environment indistinguishable from our own everyday, banal surroundings, this is only an illusion. There is always something concealed behind this superficial reality. The local order of nuns are displaced fairies, bereft of their magic. The Storybrooke antiques shop is full of trinkets that look unprepossessing but are magical treasures from another world. What seems to be a typically dishevelled, unloved library is the gateway to the underground lair of a dragon.

In theological terms, the series gives its audience a chance to spend many hours in a fictive realm that can, gradually, reshape our perceptions of the ‘real’ world we inhabit.

There are many concepts from Christian theology that could be used to describe this relationship between a surface reality and a deeper layer of truth. Once presents an analogy of a world suffused with sacramentality; objects and actions hold a mysterious significance that channel higher powers. But it might be more helpful to adopt the uniquely Johannine concept of ‘signs’ when trying to explain the spiritual value of the series. Signs, in the Gospel of John, afford an ‘observable basis of inference for the unobserved or unobservable’: a mark of a reality beyond the one immediately available.[7] Yet they are not single, discrete sacramental objects; collectively, these signs constitute a ‘symbolic narrative’ which employs misunderstanding and irony to communicate a level of reality emerging out of, yet also transcending, the material world.[8] And it is these same tensions created by the misinterpretation of signs that Once explores. At the centre of the series’ storyline is Henry, a young boy who is alone in recognising that his neighbours in Storybrooke are fairy tale characters that have forgotten their true identities. Despite the bemusement and derision that his theory attracts, Henry holds fast to his faith in the book of fairy tales that he believes ‘has all the answers’ to the mysteries of Storybrooke. Where his fellow residents look for ‘logical’, mundane explanations for the eccentricities and anomalies they encounter, Henry sees signs of their previous lives as magical beings in the Enchanted Forest. 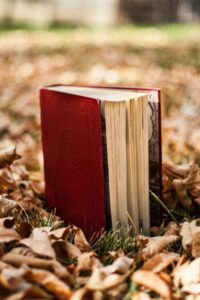 When he is asked why he is so sure that the book he cherishes provides a true account of the nature of Storybrooke, Henry answers that ‘there has to be more than this’.[9] This response, typical of Henry’s stubborn insistence on the enchantment and depth of the world around him, could help to explain why the series moved and uplifted millions of viewers. As in John’s Gospel, faith is framed as a defiant, daring attempt to see behind things as they seem to be. As the viewer, we become embroiled in this fight for ‘more than this’, hoping that Henry will be taken seriously. We enter this struggle in confident awareness of the fact that there is indeed magic, mystery and wonder hidden beneath the dull familiarity of contemporary Storybrooke. For hours, we are thrown between two realities, moving from truth into Truth. We are shown a world exactly like our own that is full of signs of enchanted life. Especially during a pandemic, watching our world portrayed as a network of signs pointing to greater things could be a spiritually nourishing, revitalising exercise. As scholar of film and television James Monaco puts it: ‘television has an extraordinary ability to mediate between the viewer and reality’.[10] At those times when our everyday existence seems flat, devoid of sparkle and full of ennui and suffering, a series like Once might help us to become better attuned to the signs of something more that are discernible within our own lives.