Jonathan Anderson was born in 1977 in Denver, Colorado and currently lives and works in Long Beach, California. He holds an MFA in drawing and painting from California State University Long Beach, and he is Assistant Professor of Art at Biola University. One of his paintings is currently being exhibited in the travelling exhibition Curse or Calling?, curated by CIVA. You can view much of Jonathan’s work at his website.

I was initially drawn to the way that Jonathan’s paintings play with the relationship between the flat canvas and the “window-like” artificial space of the painting. I won’t pretend that I don’t have a penchant for what might broadly be termed “realism,” and I am fascinated by questions about the nature of human perception. So, really, finding Jonathan’s paintings was strangely like returning to an old friend. For example, I love the minty green smear overlaid upon a deeply recessing alley in Ways and Means. I also love his use of barriers, as in Curtains, which reminds the viewer that the power to create artificial worlds in a painting comes along with certain necessary limitations and obstructions. A painting both invites us in and stops us in our tracks; it opens some possibilities and forecloses others.

He also sometimes repeats his images (again, in Curtains). I have never tried repeating a painting before, but I imagine that it would be a bit tiresome. Nevertheless, these copies seem, to me at least, to emphasize the artificiality of the paintings themselves. Can a viewer really become lost in a realistic depiction of a scene when there is another exactly like it sitting next to it?

The theme of artificiality is brought to the fore in his recent series, aptly named, Constructions. While these paintings also stretch and play with the relationship between flatness and depth, they seem to point more specifically to the relationship between the artificial and the natural. Many of these paintings depict a house, mid-construction, in the midst of its natural surroundings. The complex wooden frames of these stuctures become the lens through which we view nature, or, as in The Rift, the fence that contains nature. To what extent does human making distance us from or draw us more deeply into nature? The constant theme of lumber and trees in these paintings is fascinating because it suggests that, ultimately, human making and nature are intimately bound together.

I commend Jonathan’s paintings to you, and I hope that you will have a look at his website.  Until then, please scroll down through a few of his paintings: 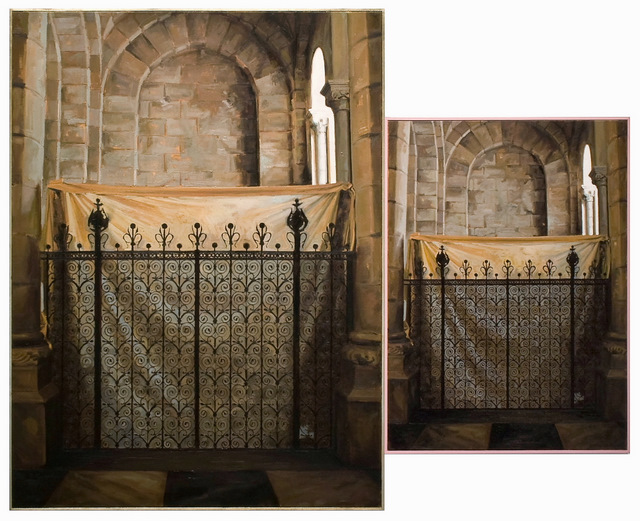 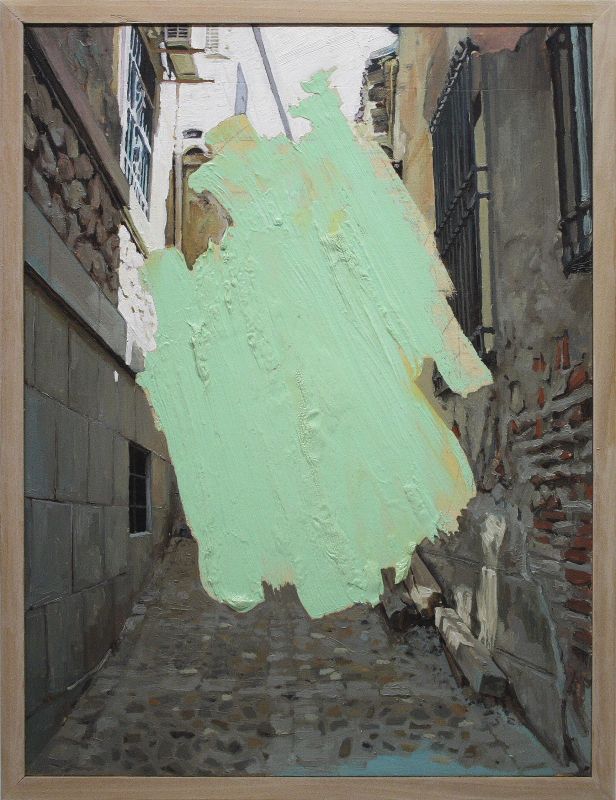 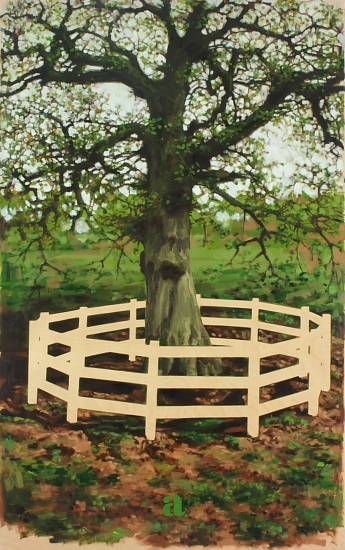 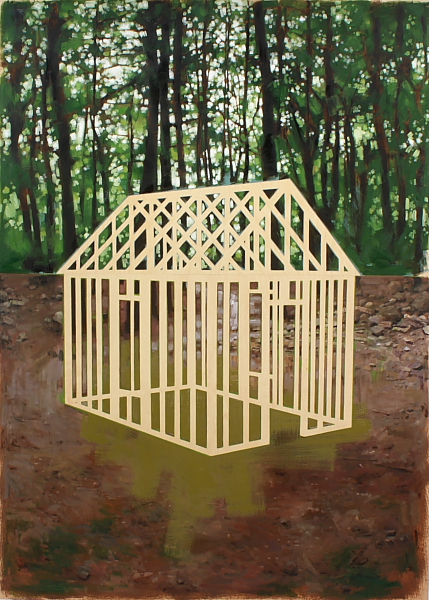