The recent BBC adaptation of Sally Rooney’s Booker-nominated novel, Normal People, was lauded for the skill with which it brought Rooney’s candid, compelling story of young love to our television screens.[1] 16 million people watched the series during the first week of its release,[2] and it was not only the power of a first, passionate love that they were invited to reflect on. Through the character of Marianne (played by Daisy Edgar-Jones), 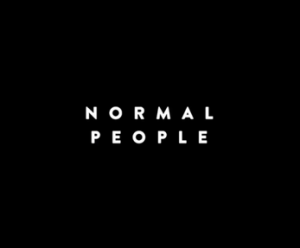 Normal People also tackled the painfully relevant subject of domestic abuse. An unforeseen consequence of the distancing measures in place at the time, introduced in response to the covid-19 pandemic, was that victims of domestic abuse often had no choice but to ‘stay home’, exacerbating existing problems and creating new ones. Just as news stories were carrying alarming statistics showing marked increases in cases of domestic violence,[3] Marianne’s fictional fate provided a dramatic reminder of the significance of these distressing developments. As is so often the case, the timing of real-world events lent a work of fiction new resonances and a greater poignancy, as Normal People encouraged viewers to imagine the stories lying behind these numbers and reports. Mistreated and bullied in her own home by her brother and left helpless by a cold, detached mother, Marianne’s plight became a fictitious echo of the real, awful experiences of those who had lost their freedom to escape. Simple statistics and headlines are often not enough to convey the implications of a tragedy in relatable, human terms, but Normal People  gave viewers a means of bridging this gap between abstracted figures and personal pain. Heidegger describes how, by ‘opening a world, a work of art releases things from concealment’,[4] and Marianne’s ordeal uncovered aspects of the suffering of particular people that had been hidden beneath the numbers.

I had heard, anecdotally, stories of desperate situations from a family member working as a detective, who specialised in domestic abuses cases. Her accounts brought home the full force of what was happening, and this is also – to a certain extent – what Normal People  achieved through its unflinching portrayal of psychological and physical violence in a family home. Television studies scholar Caroline Bainbridge notes the increasing frequency with which ‘television characters and dramatic narratives are…described as relatable’.[5] Bainbridge argues that television dramas today often ‘function as transformational and evocative objects’, encouraging viewers to ‘forge new perspectives’ on the world around them as series become ‘platforms for persuasion’.[6] When the BBC brought it to a wider audience, Rooney’s tragic tale of mistreatment, lost innocence, and broken trust pushed the issue of domestic abuse to the forefront of the public conscience, transforming a news item into a ‘relatable’, urgent concern. As Richard Viladesau suggests, ‘narrative art is particularly apt at teaching about human fallibility’,[7] and for many it may have been the drama of Normal People  which provided the most immediate, affecting exploration of this appalling example of our capacity for cruelty and betrayal.

Yet whilst Normal People  demonstrated the ‘transformational’ power of fictional narratives, it had little to say about the role that faith could play in this crisis. How might a religious believer respond to these troubling, complex cases of domestic abuse? Normal People  is, at least superficially, a secular piece of fiction, with only implicit allusions to spiritual themes such as confession and redemption. An older work of fiction which deals more directly with domestic abuse as a theological problem – an urgent challenge to faith – is Janet’s Repentance, one of three novellas in George Eliot’s Scenes of Clerical Life (1858).

It is inevitable that aspects of Eliot’s exploration of the plight of the eponymous Janet, trapped in a loveless marriage to the violent, unscrupulous lawyer Robert Dempster, feel dated or anachronistic. Yet it remains a considered, sympathetic study of this particularly unpleasant manifestation of ‘human fallibility’. The narrator of Janet’s Repentance  tells the reader that ‘the discoveries of real worth are those that are often difficult to hear’ (257),[8] and Eliot uses this tale to shed light on the true cost of the emotional and physical abuse that takes place behind closed doors, drowned out by the noise of more prominent crimes and scandals.

The reader is shown how Janet’s mistreatment at the hands of her husband, ‘the drunken tyrant of a dreary midnight home’ (233), plunges her into a hopeless state of spiritual isolation. She feels she has been condemned to the ‘utmost loneliness’, convinced that ‘no human soul had measured her anguish’ or ‘understood her self-despair’ (273). Through the hostility Janet endures, reports of matrimonial cruelty – a pressing concern at the time – were shown in a new light. A new legal authority, the Divorce Court, had been established recently to address this previously neglected problem – a sign of changing attitudes which threatened the freedom from censure and prosecution that ‘tyrants’ like Robert Dempster exploited. As the adaptation of Normal People  spoke to a specific moment of crisis in its portrayal of domestic abuse, so also Eliot’s tale of a trapped, helpless wife resonated with contemporary concerns. Whilst the legislative authorities began operating the new Divorce Court, Janet’s Repentance – published during the first month the court sat – was ‘participating in the construction of a new category of oppression’,[9] supplementing the legal discourse with narrative drama.

Janet’s fictitious ordeal, like Marianne’s story of neglect and abuse, was an example of the imaginative force of art-as-unconcealment, corroborating Heidegger’s claims about art’s capacity to ‘release’ hidden truths. The Victorian ‘will to knowledge’ had intensified interest in the ‘unspeakable’ details of married life,[10] an interest Eliot met with a compelling literary rendering of the real suffering of wives imprisoned in abusive relationships. Reading fiction is ‘living and experiencing beyond oneself’, Graham Ward writes,[11] and Eliot’s story helped the Victorian public finally apprehend an outrage which had previously only existed outside beyond the horizons of their everyday encounters.

an example of the imaginative force of art-as-unconcealment, corroborating Heidegger’s claims about art’s capacity to ‘release’ hidden truths

But Janet’s Repentance  did not only give the issue of domestic abuse new literary life, it also offered a suggestion for how faith might respond to these horrors. The violence Janet suffers crushes her belief, so that she could ‘feel no trust in God’: ‘He seems always to have left me to myself’ (285). What finally penetrates her despair, restoring her trust in the Divine, are the attentions of the evangelical minister Mr Tryan, who approaches her trauma with ‘none of the self-satisfied unction of the teacher’. Offering a listening ear and ‘the direct glance of a sincere and loving human soul’ (261), Tryan provides curiosity and care instead of distant didacticism. As Eliot’s narrator explains, ‘[t]he tale of the Divine pity was never yet believed from lips that were not felt to be moved by human pity’ (261), and it is this pity – proffered in companionship not condescension – which reaches Janet’s soul. What these characters’ experiences ultimately commend is a religious response which uses humble humanity as its starting point. A desire to completely hear and to understand the full weight of each individual tragedy must precede anything more abstract or authoritative. In their ‘moment of spiritual need’, Eliot asks that we help victims to overcome that ‘hiding of ourselves from others behind a screen of trivial words’ which hinders compassionate connection (279). She crafts a narrative that ‘locates a hidden realm of truth’ from ‘the other side of silence’,[12] demanding that we listen for the truth behind the silences too, waiting with attentive empathy, not abstract ‘answers’. And perhaps this is how we should approach the current crisis: not as merely a statistic to be solved, but also as a collection of unique stories of suffering to bear witness to, humbly and quietly.

[9] Dowling, A., ‘The Other Side of Silence: Matrimonial Conflict and the Divorce Court in George Eliot’s Fiction’, Nineteenth Century Literature 50:3 (December 1995), 323-4.