Eden O’Brien describes how watching Brideshead Revisited taught her that bingeing “opens up a new mode of experience” that is “primed for ritual and depth” in her contribution to our series on “bingeing” the arts.

During the final weeks of Christmas break I – for the first time –watched the 1981 mini-series of Evelyn Waugh’s Brideshead Revisited with a few friends. In my love of Brideshead, I join the ranks of North Americans dazzled by the illusion of England’s self-styled charm: of strange manners, pleasant pastures, narrow streets, and grey spires. The series is beautifully faithful to the spirit of the novel and, in fact, to the very letter in its use of quotations and scenes. Starring Jeremy Irons as Captain Charles Ryder – and save for an awful false-beard – it is well acted and, in my view, entirely succeeds in arousing sympathy for a vanished way of life made all the more alluring because inaccessible to modern audiences, plebian or not. It is with such cheerful affectations that our small party gathered over several evenings to watch and discuss the 11-hour series. 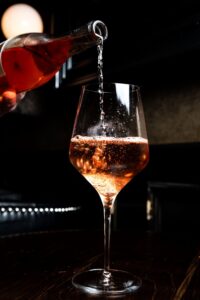 That the present topic should be the theological significance of ‘bingeing’, relation to Brideshead Revisited in any capacity is both funny and daunting; for much of the conflict within the first half of the novel – moral, dramatic, and otherwise – is driven by the burgeoning alcoholism of one of the principal characters, Lord Sebastian Flyte. To say the least, Brideshead certainly foregrounds the dilemma of harmonizing morally leaden Christian theology with what is normally considered vicious behaviour. Gluttony and alcoholism aside, taken even in the most generous sense ‘to binge’ refers to a manner of reckless consumption culminating in procrastination. Such a reflection, then, is at risk of either sheering vice of moral significance altogether or of bestowing it with some convoluted merit in the name of apophatic value. It would be easy enough to say that the act of bingeing is, on the one hand, entirely trivial or on the other, of superlative moral value because it models how not to act. As it stands, the dramatic core of Brideshead Revisited demands a more truthful (and useful) account of excess’s theological import.

For just as the plight of Lord Sebastian highlights the danger of bingeing, in the end it is precisely within the social contexts most splintered by his alcoholism – his friendship with Charles, his faltering academics, his strained family ties – that the inner workings of grace become visible. Whether the story of Sebastian is a warning against decadence or a testament to the ‘twitch upon the thread’, our watch-party took a far less extreme form and rather foregrounded the fruit of urgency—of spontaneous ritual—than indulgence.[1] Thus, it is in the spirit of the healthful vice that marked Sebastian when he was pleasant and free, when his sins were more venial than mortal, that we gathered despite our various work and school commitments.

If ‘ritual’ is defined as ‘a way of doing something in which the same actions are done in the same way every time’, then it becomes clear how the urgent and excessive nature of binge-watching is rather conducive to the creation of rituals.[2] For all the watch-sessions, we congregated at the same house and, as we made our freezing way to the edge of St Andrews, would correspond using second-hand walkie-talkies someone found in an attic; because an exit light glowed green from the first-floor window – and was half-jokingly bestowed with all the significance of Gatsby’s light – the ‘base’ was dubbed Greensleeves. There, the evening would always begin in the kitchen where we would make tea, arrange flowers, pour wine, ridicule the hosts’ consumption of Bovril, and inspect the leaky ceiling. 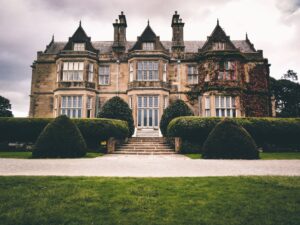 Then it began: “Et in Arcadia Ego”. The drama of Brideshead Revisited is weighted by the distinctly Catholic background in which it unfolds, shot through with the language of mortal sin and sanctifying grace. Consequently, what would be totally human experiences – divorce, friendship, infidelity, love, addiction, estrangement – are raised to ‘the drama of the soul’s choice[s].’[3] There, as each player is backed into his respective moral corner, we, the audience, formed our separate allegiances, perhaps, according to their all too familiar trials: Lord Sebastian for the lost, Lady Julia for the conflicted; it was through such instances of self-reflection that the drama came to bear on life. Indeed, ever the testament to the quality of a novel and skill of an adaptation, the highlight of every watch-party was the ensuing discussion (that was, I must add, punctuated by certain declarations of eternal allegiance to and undying love for ‘poor Sebastian!’). Thus it ran: isn’t the true villain of the story the devouring mother, Lady Marchmain? Could Sebastian have been sanctified without destroying his own life? Why is Julia – a self-professed hedonist – so painfully wed to the moral of a religion that she doesn’t buy?

As I discovered, the context of bingeing opens up a new mode of experience, one primed for ritual and depth in a way that leisure may not afford.

Like the habits bracketing our watch-party preparations, the shape of our dialogue was governed by small rituals emerging from the urgency and concomitant preciousness of bingeing – there was, after all, a frigid walk home and work in the morning. Questions were answered as quickly as they were asked; whatever was drawn out was of special interest or high entertainment. Yet, without the pressure of bingeing, our discussions would have gained in leisure what they lost in depth and sincerity; if not enjoyed in such brilliant company, Brideshead Revisited would remain a shabby occidental pastime. 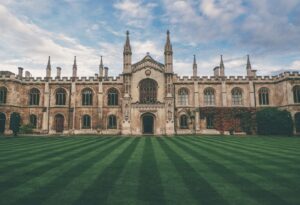 Of course, there will always be too much to say about the things that one finds important; there are those novels, cities, paintings, and poems that happen to rise as a character in one’s own life and remain of interest for years on end. The 1981 adaptation of Brideshead Revisited so expertly foregrounds a familiar drama, that of the religious and the social. To therefore binge-watch it in the company of my Catholic friends who ran the spectrum – from cradle to convert – became for me an exercise in recollection. As I discovered, the context of bingeing opens up a new mode of experience, one primed for ritual and depth in a way that leisure may not afford; in this way, such a reckless mode of consumption may, in fact, revitalize old interests while helping you procrastinate.

[1] “The Twitch Upon the Thread” is the title of the third part of the novel and the tenth episode of the series; as in the novel, the line is from Chesterton’s “Father Brown” series.