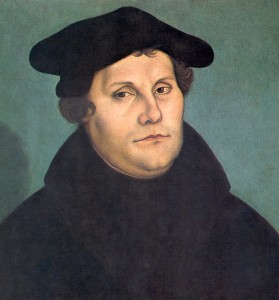 As Jeremy Begbie reminds his readers, “All good theology is done on the cliff-edge—one step too far and you tumble into idolatry, one step back and the view is never so good.”[1] In no place is this more true than in the realm of theological aesthetics—and Lutherans have not often found a place at this discussion table. But I wonder with a theology so richly rooted in God’s presence-in-the-world, why the seeming silence?[2]

As a Lutheran in the Evangelical/Reformed world of Fuller Seminary in Southern California, the profound absence of the Lutheran voice in the theology/arts conversation has not gone unnoticed.  Perhaps this is rightly so—or at least understandable—but certainly still to be lamented. Lutherans have traditionally been caught between two much larger juggernauts (forgive the broad strokes of traditions): Catholicism, following Rahner and others, opens up creation and the revelatory power of the world, tradition, and nature more widely than confessional Protestantism. The Reformed tradition, on the other hand, has either located the divine as only (I use that word lightly) spiritually present in the tangible things of the world or as completely absent.

Lutherans, who take sola scriptura as seriously as the other Reformed traditions, are wary of ‘general’ or ‘natural’ revelation, but for Luther the sacramental and ‘real’ presence of Christ in the Eucharist—and in the world—is paramount.  According to Luther’s realization of the Chalcedonian formula concerning the two natures of Christ, Jesus Christ exists as eternally fully human and fully divine. Christ’s eternal presence in the world is, therefore, fully human and fully divine. As Luther reminds, “If you can say, ‘Here is God,’ then you must also say, ‘Christ the man is present too.’[3] This bold statement is pressed further still in the Formula of Concord: “Therefore, we believe, teach, and confess that God is a human being and a human being is God.”[4]

Christ’s presence is always a bodily and embodied ‘human’ presence, and this may well be a justification for God’s presence in the aesthetic experiences (and the entirety) of life. Unfortunately, very little has been written about the role that this theory of ubiquity (i.e., Christ’s eternal and eternally expansive presence, both human and divine, in the created world and in heaven) could play for theological aesthetics and the capability for things other than the historical Sacraments to be presence-filled.

Rather than a displaced and disembodied sacramentality of the arts, the Lutheran understanding of the communicatio idiomatum and the ubiquitous nature of Christ’s humanity provides another avenue for discussion that is yet to be seen or discussed in the world of theology and art. What might this confessional Lutheran theology bring to the table? Perhaps it would bring an evangelical and confessional theology which recognizes an incredibly physical (and spiritual!), sense-filled, and aesthetic presence of the risen Christ who is fully human and fully divine in, with, and under all things.

It’s time we step to the cliff-edge and see.