In a society in which incidence rates of cancer are continually rising, [1] the theological community is faced with the daunting prospect of trying to find ways to respond to the questions this raises. The theological resources presently available in this area often appear deeply unsatisfying, with a void left between a smattering of highly specialised literature and the simplicity of flowery devotionals. [2] It seems this deficiency is partly the result of a fear of saying the wrong thing: of failing to do justice to the complexity and gravity of serious, debilitating illness, and the suffering it causes.

In his work on this subject, neo-orthodox theologian William Stringfellow warns against any theology that ‘denies the reality of pain’, urging us to avoid ‘the sentimentalization of pain in the experience of a particular person’. [3] Theologian and rector Greg Syler echoes this warning in his own theology of cancer, as he agrees that there is nothing to be gained by setting aside ‘pain and suffering, anxiety and dread’, and that we must admit that these are ‘profound and truly powerful realities’. [4] The focus of this kind of writing seems to be on what to avoid, rather than what might be said. There is an understandable desire to avoid producing ‘theological cotton-candy’ which might deliver reassurance at the cost of meaningful substance, [5] yet this can easily become a reluctance to say anything at all. The refusal to trivialise pain or succumb to cheaply bought theological justifications for suffering is laudable, but this alone may not offer much in the way of comfort to those struggling to cope with serious illness.

A very different approach to this problem has emerged in the popular culture and art of the contemporary Western world. Where theologians have tended to step back, the arts have often taken up the challenge of engaging with cancer head-on. John Green’s bittersweet novel The Fault in our Stars– in which two teenagers grapple with love, depression and cancer – received critical acclaim, selling over a million copies to date, whilst the subsequent film adaption gained notable commercial and critical success. 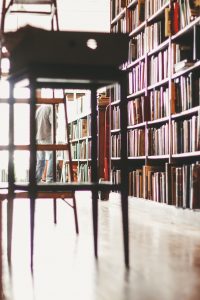 The smash-hit CBS sitcom How I Met Your Mother also chose to deal with themes of terminal illness and loss, and other hugely popular recent television series such as Breaking Bad and Fargo offered their own unique take on the problem of cancer.

These examples suggest a society receptive to art which is willing to work not just with the suffering cancer causes but also the more positive emotions and sentiments which are sometimes used to cope with this ordeal. These artforms do not ignore the severity of their subject, they simply believe that pathos, comedy and sentimentality can all form part of a sensitive treatment of themes of illness and death. This approach is not for everyone, and taste and personal preference must be respected, but many clearly find solace in art of this kind. If you walk into a cancer ward today, you will not be met with artworks which testify to the ‘powerful reality’ of death and pain, but by colourful flowers and Edenic landscapes: art intended to nourish emotions which offer a moment of respite. Hospices are also turning to the arts to help foster feelings of peace, comfort and hope, often commissioning pieces which seek to ease pain rather than express it.  Amid illness and loss, it seems what we might call a ‘palliative aesthetic’ is just as important as one which deals uncompromisingly with these sources of suffering.

Considering this, is it possible to formulate a theology which engages more positively with the natural human instinct to seek reassurance and comfort in art? Can theology ever countenance the ‘setting aside’ of pain, and is sacrificing depth, utility or candour sometimes permissible in the search for a theology of cancer which would resonate with the wider public? [6]

One particularly strong response to this question is found in the work of theologian Jeremy Begbie, who argues any form of ‘sentimentality’ constitutes a deep threat to culture and the arts. Begbie notes that the arts are increasingly used to offer a rich emotional experience that will help us to screen out the darker dimensions of reality, yet he believes that ‘turning the aesthetic into an anaesthetic’ in this way is unacceptable. [7] From a Christian perspective, his claim is that the Church is responsible for encouraging this broader trend, which represents a premature embrace of Easter joy. The beauty of God cannot be found in sentimentality, as this is a beauty that ‘shows itself most vigorously as it engages with the worst’. [8]

So Christians should only search for beauty in works which engage directly with the suffering of the Cross by incorporating the more troubling aspects of our existence.

In this kind of theology there is little room for art which embraces a palliative aesthetic. Art intended to comfort and reassure, rather than provoke immediate ‘costly action’, is seen as a pernicious cultural strand which the Church must play no part in. Begbie is critical of artworks which treat death as merely a ‘door into the “next room”’: the ‘Hallmark platitudes’ which choose not to express the ugliness of death. [9] Art critic Gregory Wolfe shares with Begbie the conviction that art of this persuasion produces a deeply unsatisfactory eschatology. Wolfe argues sentimental art reduces hope to mere ‘nostalgia’ by indulging in a prelapsarian fantasy – an escape back to a world where death held no sway. [10] Begbie, meanwhile, regards the sentimental as an appeal to an aesthetically balanced final bliss, in which suffering and evil become means to an end. He links this sentimentalist eschatology to the type of Christian theodicy which Ivan Karamazov rejects in Fyodor Dostoevsky’s The Brothers Karamazov. Ivan launches a notoriously compelling tirade against the belief that innocent suffering is justifiable as part of an overarching ‘harmony’, and Begbie believes that sentimental art can lure the Christian into precisely this kind of aesthetic theodicy, in which all is made right in a final ‘balancing act’. [11]

This is clearly an important concern, and it is surely right to warn against such systems. Yet it does not seem so clear that an appeal to more sentimental art at certain moments is equivalent to wholeheartedly endorsing this dangerously delusional eschatology. Begbie’s choice of The Brothers Karamazov to illustrate his point is interesting, as this is a work which deals more directly with issues of faith, illness and sentimentality elsewhere. In a narrative built around the child Ilusha, who lies dying of consumption, Dostoevsky introduces us to Kolya Krassotkin, a vain adolescent with a fierce dislike of ‘sheepish sentimentality’. This dislike becomes something of a leitmotif, as Kolya repeatedly declares his hatred of various forms of ‘sentimentality’ he believes Ilusha’s illness has induced. [12] At this point, Dostoevsky’s novel is guiding the reader into an alternative perspective from which to reflect on the sentimental. Kolya is an extremely vain character who looks down on everyone he meets, and he even refuses to show his mother affection for fear of succumbing to the dreaded ‘sentimentality’ (578-89). This disdain is particularly apparent in Kolya’s mockery of his classmates, who have gathered around the ailing Ilusha in a display of ‘tender affection and sympathy’, and the vehemence with which he derides this ‘sentimentality with boys’ forces us to reflect on whether these well-intentioned emotions deserve greater respect (598, 604).

Through Kolya, we are alerted to an uncompromising, inflexible perspective which can be too quick to dismiss the emotional warmth often associated with sentimentality. He represents an exaggerated, parodic version of this perspective, yet captures something of its limitations nonetheless. Kolya acts like a character who has heard Ivan’s warning against trivialising innocent suffering, then translated this into an absolutist stance eager to condemn positive emotional experiences of any kind. This, perhaps, illustrates the danger of Begbie’s own position. Once put into practice, essentialist positions can quickly gain a life of their own, and the consequences of this can be damagingly prohibitive.

The counter-voice to Kolya is that of Alyosha, Ivan’s brother, who has left the monastery to pursue a Christian life in the wider world. Inspired by a vision of the marriage feast at Cana, Alyosha has become symbolic of Christ’s commitment to this world, which he emulates through the ‘attentive love in small particulars’ which is ‘full of unnecessary things and casual griefs and joys’. [13] Alyosha has taken responsibility for uniting the boys around Ilusha’s bedside in the hope that their childish affection might ease his pain, an act of ‘sheepish sentimentality’ inspired by a belief in Divine generosity. As Rowan Williams puts it, Alyosha has realised that although Christ came to ‘accept the consequences of human evil’, this does not make him an enemy of ‘the gratuitous overflow of human warmth and kindness’. [14] Alyosha exemplifies a trust that every human situation can be open to the gift of Christ, even the ‘unnecessary’ or ‘casual’ exercising of the emotions.

This should not be misread as an unqualified endorsement of the sentimental. The scenes at Ilusha’s bedside often descend into unedifying farce and hyperbolic emotional outpourings, fluctuating in tone and significance in typically Dostoevskian fashion. There is however, a profound beauty which is sometimes glimpsed amidst this ‘sentimentality with boys’ which gives us cause to hesitate before joining Begbie in trying to disentangle God’s beauty from the sentimental. Alyosha is, at times, susceptible to naivety, yet he does – as Begbie notes – accept Ivan’s critique of the aesthetics of ‘perfectly harmonised bliss’. Alyosha is not denying the power of suffering, he is seeking to use the gift of the Incarnation against this power in whatever way he can. There is undoubtedly risk involved in this approach, and Dostoevsky shows how quickly sentimentality can slide into delusion or harmful deception, yet there is also a strong sense in his work that beauty is recoverable from all dimensions of human experience.

The problem raised by The Brothers Karamazov appears to be one of context: of the presence of Christ in ‘small particulars’ which can confound abstract theological models. Begbie is careful to define his idea of sentimentality as a ‘disease of the feelings’ which does not necessarily include the ‘tender emotions’, [15] but it is still hard to ignore the suspicion that detaching God’s beauty from all sentimentality risks denigrating experiences of true religious value. There is an inherent ambiguity in the notion of ‘sentimentality’, as well as the requirement that all Christian art reference Good Friday, that could easily resolve itself into elitist or restrictive aesthetic systems.

The argument against works of art which turn serious illness into part of God’s wider purpose is compelling, and it is right to highlight the dangers inherent in indulging the emotions. Yet by turning to Dostoevsky’s fiction, Begbie inadvertently draws our attention to a work of art which implies that whilst sentimentality can go wrong, it can also afford glimpses of God’s love at work in the world.

This seems especially relevant to the contemporary problem surrounding cancer and serious illness. If millions of people believe they have found real solace and beauty in art which sometimes steps into the realm of sentimentality, is it right to exclude God’s presence from these experiences out of hand, without closer consideration of each specific context? For those struggling to cope with debilitating illness, the unvarnished reality of pain and death can sometimes be too much, and ‘theological cotton-candy’, or ‘aesthetic anaesthetic’, might be precisely what is required.