In this post I want to suggest Pentecostal/Charismatic spiritualities find ways of keeping the narrative imagination at play in worship and theology by embodying a “reception pneumatology” that continues to emphasize “the God-given responsibility of being active, creative, imaginative receivers of revelation – for God’s sake.” [1]

In Lynne Price’s biographical account of Walter Hollenweger, it was Hollenweger’s observation of “Pentecostal-type” churches in Latin America and Africa where theology was more often presented “largely through contextually rooted oral categories of story, dance, song, music, and liturgy.”[2] Hollenweger’s awareness that “Pentecostal roots lie in the soil of oral, narrative, bodily, and therefore biographical theology,” should alarm us if articulating religious experience through the arts is overly restricted to literary modes. [3]

The arts can serve as a way for the individual to interpret and reinterpret their life by relating herself [or himself] in turn to the cathartic effects of those larger narratives, historical and fictional, transmitted by our cultural memory.

For this reason, Richard Kearney suggests that “the notion of personal identity is thus opened up by the narrative imagination to include that of a communal identity. The self and the collective mutually constitute each other’s identity by receiving each other’s stories into their respective histories.” [4] Pentecostals and Charismatics incorporate such narrative devices in their testimonies.

The Jesuit Priest, Don Gelpi’s personal testimony serves as a good example of how Charismatic spirituality and worship keeps this narrative imagination in play. In his work on the Trinity, Gelpi retells his story of receiving the gift of tongues:

The faith in the Holy Spirit which I discovered in charismatic prayer communities lived through practicality. And it became practical through concrete expectation. When charismatic Christians come together to pray they expect the Spirit of Christ to be visibly active in their midst through the presence of gifts. That expectation, I saw, made all the difference. It brought to life biblical teaching about the Spirit. I began to suspect that the sharing of the gifts creates the vital matrix of authentic Trinitarian faith. As we shall see, my suspicion proved true. [5]

He later came to observe the challenges of this communal aspect of the narrative imagination through writing the following:

Soon I perceived that the Spirit-consciousness of contemporary charismatics suffered from its own human limitations. Charismatic piety focused on feeling and informed by the rhetoric of faith. The piety of feeling can render one receptive to the movement of grace. And the rhetoric of faith reminds us of the need to follow God’s initiative in our lives. But when feeling becomes closed to thought, it ossifies. And then, I saw, the rhetoric of faith can all too quickly be put to sinister uses. The action of grace begins to be confused with unconscious fears and resentments. Receptivity to God degenerates into emotional complacency. And divine sanction and inspiration begin to be claimed for human impulses of rigidity, anger, and apprehension. In charismatic prayer groups, this sad process can bear fruit in fundamentalism, authoritarianism, and sexist discrimination. [6]

A contemporary pneumatology faces then a formidable task. In order to counteract those forces which stifle Spirit awareness, it must prophetically challenge individuals and communities to rend their hearts and open them to the illumination of the Spirit. It must speak a work of wisdom that summons Christians to ongoing transformation in the Spirit. [7]

Reception is a broadly Christian disposition, but Pentecostal/Charismatic spiritualities have uniquely highlighted and tethered reception to the Holy Spirit. For example, the recognition that we receive life, the Scriptures, the Spirit, gifts, faith, teachings and so forth, encourages Pentecostals and Charismatics to remain open and encourages a similar openness of activity regarding the Spirit in the broader body of Christ, as well as in the wider culture. 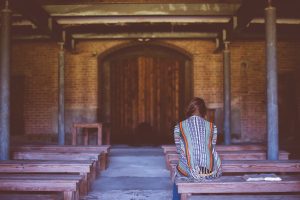 I want to suggest that these forms of spirituality, open to the activity of the Holy Spirit, offer a receptive disposition toward a reception pneumatology characteristic of what Ormond Rush is describing as a hermeneutic of reception. [8] For Rush, “reception pneumatology envisages the divine-human action in terms of the Holy Spirit igniting imaginative receptions of the tradition in the light of contemporary events that need to be discerned to the best of our ability.” [9]

In his book, entitled, Creator Spirit, Steven Guthrie aptly draws attention early in his work, that two prominent characteristics of the Spirit’s action are that of “boundary-breaker” and that of “plan-disrupter.” [10] Perhaps, by telling our narratives of the Spirit’s activity, we witness the imagination at play in worship and theology.