The way of dodos was their way,       improbable birds

With care he captured       each great vulture, made

A sanctuary       for their slow healing.

He stitched a likeness       of a condor’s form

To feed the mother-       deprived nestling, to remind it

What sort of being       it could still become.

In rooms lined       with likenesses, we

Succor a deep and       endangered wingspan,

Tangled in the dark       flesh of every chest. 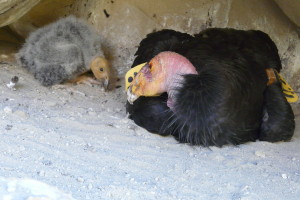 Of Poetry, Theology, and Condors

The poet who reads theology is in a pickle, especially if that theology turns out to be particularly inspiring—how to write about it? Harder yet, how to perform it, this theological act, in verse? Is it even legal? Well, all things are lawful, but not all things profitable, and in our epoch it is tempting to avoid outright theology in poetry altogether. Make ours a poetry of witness, of authenticity, of dogma-stripped activism.

A brief look at the history of poetry shows, of course, the oddity of such a stance. Did St Ambrose, John Donne, and Anne Bradstreet really have it wrong? Was George Herbert simply mistaken in his choice of subject in The Temple? I’m tempted to say that the difference between the religious poets of the past and us isn’t that we now know that theology is too tricky a subject to write about, but rather that Bradstreet and Herbert knew their theology better than we know ours. A firm acquaintance with a kind of writing, a species of act, enables one to spot a sham act. We so fear the bad theological poem that we forget the ‘real deal’ can and does exist.

The poet who wishes to know theology and write theological poetry must gather two subjects under her wings: theology and theological verse—Newman and Hopkins, Cranmer and Donne, St Thomas and Dante. I am an American, Orthodox Christian, and to be a responsible poet I need to be very familiar, I believe, with the poetic and theological traditions of both America and Eastern Orthodoxy. That’s how the preceding poem got written. I’d been reading the sonnets of Longfellow, graceful little poems where the octave presents an image from nature which is then given, in the sestet, a spiritual meaning or dimension. I’d also been reading God’s Many Splendored Image, a new book by Sister Nonna Verna Harrison, a contemporary Orthodox theologian.

Sister Nonna devotes a chapter to exploring that slippery, contemporary notion of creation care as it pertains to spiritual growth into the likeness of God. She gives as an example the work that was done in the 20th century to save the California condor from extinction. The work – which involved raising some condor chicks with the aid of puppets in order to double the amount of condors born each year – was an ingenious, bizarre, and, thankfully, successful marriage of biological science and the creative arts. Though Sister Nonna presents the story as an example of responsible and laudable creation care, I couldn’t help—perhaps because Longfellow was ringing in my ears—reading it as an image of what church can and should be. For Orthodox Christianity rejects that insidious modern notion that church should be a social club, or, worse, a rock concert. Rather, church is a hospital, a place of healing and learning for the soul, where humans can, through the grace of the triune God, begin to re-don the likeness of God marred by the Fall.

Timothy E. G. Bartel is Instructor in Literature at Houston Baptist University. His poems have recently appeared in Christianity and Literature, Saint Katherine Review, Relief, and The Other Journal. His first collection of poetry, The Martyr, The Grizzly, The Gold, was published in 2012 by Damascene Press. He is the co-founder and editor of Californios, an online literary review.

↩1. This poem is formally modeled on the syllabic verse of the Christian Syriac tradition, of which St Ephrem the Syrian and St Romanos the Melodist are the best examples. These poets broke most of their lines into two or three sections, separated by caesuras, and carefully organized the numbers of syllables in each line section so that repeating, numerical patterns and relationships were produced from line to line and stanza to stanza.