Editor’s Note: This is the third installment of a three-part review.

Over the past two posts I have argued that Philip Ryken’s The Messiah Comes to Middle Earth: Images of Christ’s Threefold Office in the Lord of the Rings is a good example of a bad kind of Christian literary criticism. Not only do I think it is a book that disrespects its source material, I also believe it dominates Tolkien by means of its ‘Christian’ categories. Today I want to highlight what I believe is a third hallmark of bad Christian literary criticism—namely, that in a book like Ryken’s there is a preponderance of teachiness. 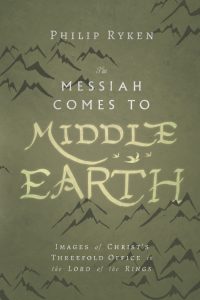 There is a longstanding trend in evangelical thinking to prize something only when it can be utilized in teaching. If a book, a song, or a movie can helpfully illustrate a practical theological point, then it has spiritual value, but not otherwise. In view of this, at times Ryken’s book came to feel like a long, overdrawn, sermon illustration. In fact, Ryken’s appeal to his personal office as college president (which reads very oddly, I should say), and the three sections of application at the end of each chapter, both serve to reinforce this perception.

In practice, what teachiness does to literary criticism is to keep us from reading the book on its own merits. Instead, we read it for some other reason, for something else that it can give us. In this way, Christian critics of literature are often little better than, for example, Marxist readers of the Bible. They read with large, coloured glasses on, glasses which only admit certain wavelengths of acceptable light. If the practice is infuriating when Christians want readers to read the Bible for what it is, how bad must be our witness when we do the same injustice to other books?

Tolkien’s world possesses immense imaginative power—not only in its own creation, but in its capacity to operate as a kind of proto-evangelism. Christ is indeed present in the books, and yet his presence is masked; he is in the architecture, hiding in the walls, lurking in the laws and physics of Middle Earth.

He is the Logos of both our world and Tolkien’s, and yet the conscious masking of his presence in The Lord of the Rings was and is a powerful rhetorical tool that we violate when we make explicit.

George MacDonald, writing about the fantastic imagination, once said, “We spoil countless precious things by intellectual greed.” Greed for meaning, greed for significance, greed, in Christian circles, for a kind of acceptable orthodoxy. Let’s honour our source material. Let’s not force our Christian categories violently onto the media we consume. Let’s not become reductionistic in pursuing the safety of “teachable” material. Above all else, may we not spoil The Lord of the Rings in such a spirit of greed. In fact, for God’s sake let’s just read and enjoy the books!