Kelly Norris argues that the “generosity” and “love” in Kelly Yang’s Front Desk make it an appropriate novel for children to read as part of their spiritual development, in the next instalment of our series on banned books.

In recent years, childhood education has—to no one’s surprise—become one of the most prominent victims of the ongoing culture-wars in the United States. From vitriolic school board meetings to callous restrictions on what should and should not be included in educational curriculum, schools have become a battleground for hashing out two differing ideals of national identity; one that promotes the myth of American exceptionalism and denies the need for racial justice, and another that strives for a future of equity for all Americans.[1] 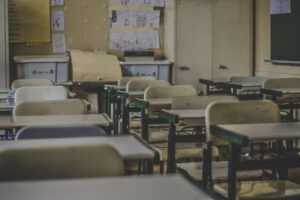 Books and school libraries, in particular, have become prime targets in this conflict. Parents and school board members attempt book banning for a variety of reasons. They fear children might be exposed to material they deem sexually inappropriate, especially that which portrays relationships outside the confines of cisgender heterosexuality. Furthermore, they fear anything suggesting that racism seeps beyond the bounds of individual morality and into the systems that permeate everyday living. There is a distorted desire to protect children at work here, and some book banners may genuinely believe that is what they are doing. However, the true underlying motive is power and control. Those who censor literature in schools do not want children to question their upbringing, their place in life, and, presciently, the racial hierarchies that still pervade modern society. Ultimately, book banning denies children a wholistic education that teaches the realities of history and the importance of loving their neighbours.

Books by non-white authors and books about racial diversity have consistently been challenged, and in some school districts, outright banned in the classroom for supposedly promoting Critical Race Theory, a higher-education academic discipline focused on the way social institutions enable systemic racism.[2] Books that have been swept up into this fearmongering include titles like Jerry Craft’s New Kid, a semi-autobiographical graphic novel about a black boy’s experience adjusting to a prep school;[3] Brad Meltzer’s I Am Rosa Parks, a simple children’s biography about—you guessed it—Rosa Parks;[4] and a book with which I have recently become enamored, Kelly Yang’s Front Desk, about a young Chinese-American immigrant girl named Mia Tang, whose family runs a motel.

This past fall, a fifth grade read-aloud of Front Desk was challenged in a Long Island, NY school when a parent complained that the book “teaches children to see color,” portrays racial bias perpetrated by law enforcement, and “[fosters] the notion of white supremacy.” [5] The book was also one of numerous titles removed from curriculum and frozen for review for nearly a year by the Central York, Pennsylvania school board. Only student, educator, and community activism— coupled with publicity from national media—ended the book ban. 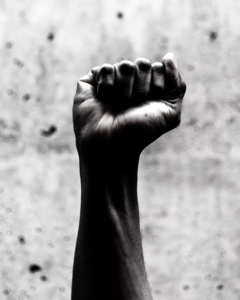 Often, the parents, school board members, and state legislators who perpetrate such censorship are motivated by a fundamentalist, white evangelical Christian perspective that prioritizes individual conversion and salvation over worldly liberation and social transformation.[6] Furthermore, in such fundamentalist circles, worldly authorities who uphold unequal social stations based on categories of race, ethnicity, ability, sexuality, and gender identity are often perceived as divinely ordained. This is particularly true of law enforcement and certain politicians.[7] As such, books that encourage young people to embrace collective social change and question certain systems of authority are viewed with utmost suspicion in these communities. This is a pity; other Christian traditions which place stronger emphasis on Social Gospel tenets and liberationist thought indicate that the faith offers ample precedent for social action and the questioning of worldly authority, especially that which oppresses. Furthermore, many banned and challenged children’s books, even when secular, contain values present in the Bible and prized by many Christians. Throughout the time I have spent reading Front Desk, I have noted nary a mention of God or Jesus—but self-sacrifice, humility, and community care are on full display. These values are central to the Bible and to Christian theology; so, rather than banning or challenging Front Desk in a misguided attempt to shelter children from the realities of racism and worker exploitation—two topics that feature heavily in the book—Christian parents should want children to apply the book’s lessons about caring for one’s family and neighbours to their lived faith.

Front Desk takes place in the 1990s in Anaheim, California. The book follows the story of ten-year-old Mia Tang and her family, recent immigrants from China who are offered a job managing the Calivista Motel. Initially, they are thrilled, as the job comes with accommodation, but they are quickly disillusioned upon discovering that they are under the thumb of an abusive employer, Mr. Yao, who takes the vast majority of the profit for himself. The family comes to terms with the fact that the job is not the ticket out of poverty they hoped it would be, but they remain at the motel; in their circumstances, it is better to have a job and a place to live than to face the insecurity of unemployment. Mia, though only ten, is an industrious and ingenious child and helps her family by working at the front desk. She strikes up close-knit friendships with ‘the weeklies’—the motel’s permanent residents—and uses her developing English writing skills to advocate for her family and friends. 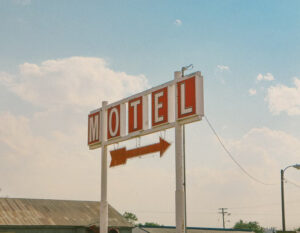 Parents would not necessarily want their children emulating all of Mia’s behavior; for instance, there are times when she lies to or keeps secrets from her family. Yet, the kind of community she cultivates and the community that gives back to her are things that children can learn a great deal from. Front Desk’s central theme is intersectional community solidarity in the face of worldly evils like discrimination, crime, and exploitation. Characters are self-sacrificial, humble, and charitable. As a Christian reader, I found this deeply emblematic of the life that faith instructs us to live.

In Front Desk, nowhere is self-sacrifice better embodied than in the character of Hank, one of ‘the weeklies,’ with whom the Tang family becomes particularly close. Hank is a black man who faces discrimination from the police and from Mr. Yao. He is rightfully exhausted by the unjust trials that life has put him through; but one night, when Mia’s mother is attacked by robbers, Hank defends her and goes after the criminals at great cost to his image and career. Though he does not literally give up his life, Hank does embody the kind of Christ-like love we are called to in John 15:13: “[n]o one has greater love than this, to lay down one’s life for one’s friends.” Hank puts his livelihood on the line for the Tangs because he loves them as though they are his family. 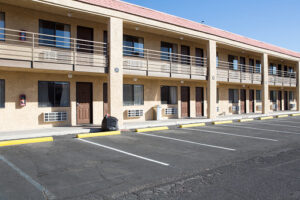 This said, Front Desk in no way glorifies the suffering of black bodies. It is Hank’s love for the Tang family that is beautiful, not the oppression he faces. Black theologians and writers often point out the ways in which Christianity’s fetishization of suffering has resulted in harm and subjugation for their community. In his recent memoir, Shoutin’ In The Fire, Dante Stewart writes “[m]any in our religion have identified suffering with devotion, making it some sort of magical feat of human achievement to withstand the weight of the worst life has to offer. For us, us Black folk, I don’t think we have ever believed that. […] We have never believed that Jesus looks upon our country’s insatiable desire for our suffering with a smile.”[8] While reading Front Desk, I certainly could not smile at Hank’s suffering. He is a compassionate and loyal friend who deserves all that is good in the world and there is nothing to be celebrated in the evil that is systemic racism. As a reader, I was relieved when Mia uses her prowess with the pen to advocate in Hank’s favour, rectifying some of what was lost in the altercation with the robbers and giving Hank at least a small slice of liberative justice.

In this balance between self-sacrifice and liberative justice, I believe Front Desk captures something deeply Christian. Yes, Christ suffered, and yes, there is horrific suffering in this world; but we are not to delight in this type of oppressive suffering. Rather, we are to remain hopeful for a time when “death will be no more” and “mourning and crying and pain will be no more.” [9] It is in the gracious and self-giving love shown between friends, family, strangers, and even enemies that we find worldly glimpses of this future; indeed, the care and compassion Hank shows Mia and her family in Front Desk is a great reminder of this.

In addition to self-sacrifice, humility is yet another Christian value that comes to the forefront in Front Desk. When the security guard at a neighbouring hotel is fired for enforcing a racially discriminatory guest policy, Mia reflects on the importance of being humble and the consequences of ego: “[j]ust because you have an important job doesn’t mean you’re better than everybody else. You still eat rice like the rest of us. Well, that security guard, he definitely forgot. He let the power of his position go straight to his head and he used it to do horrible things.”[10]  Mia, though young, knows that power coupled with greed is a breeding ground for unethical action and imparts this wisdom on us, the readers.

Like Front Desk, the Bible is clear about the importance of humility and the threat the abuse of power and money poses. The prophet Micah calls us to “do justice, and to love kindness, and to walk humbly with [our] God.”[11] 1 Peter instructs us to “clothe [ourselves] with humility in [our] dealings with one another”;[12] and in 1 Timothy 6:10, we are reminded that “the love of money is a root of all kinds of evil.” As Christians, we are to conduct ourselves with humility, generosity, and kindness; we are not to succumb to greed and allow it to corrode our communities.

There is plenty of greed in Front Desk, from the haughty security guard to Mr. Yao’s antics to an employer who confiscates his immigrant workers’ passports, leaving them without identification. But the book reminds us, just as the Bible does, that human greed and corruption do not have the last word, even when it feels like they might. Generosity and charity are worth clinging to and they will triumph in the end.

The ending imparts a poignant reminder that right relationship with one another can give us a foretaste of the world to come.

I do not wish to spoil the ending of Front Desk, but it is the epitome of generosity and love as members of the community come together in a way that makes me reflect on the resource-sharing economy of the early church as described in in Acts 4:32. This may seem idealistic for a book that often portrays the world as brutally unfair, even though it is a children’s book; but I believe the ending imparts a poignant reminder that right relationship with one another can give us a foretaste of the world to come.

Front Desk is not a religious book, nor is it morally unblemished; but there is no reason it should be prohibited in the classroom. Its core values of love and generosity, its optimism that these values are the antidote to evil, are what all parents—especially Christian parents—should want their children learning through the literature they read in school.