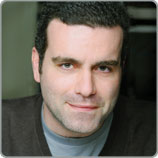 In improvisational comedy there are a set of unwritten rules which serve as guidelines for creating successful scene work. Some of these rules include: don’t ask questions, give yourself something to do on stage (a mimed activity of some sort), and establish a relationship with your partner in the scene. But the biggest, most fundamental rule of improvisation is: just say “Yes.” What I mean by that, is that you should always be in agreement with whatever your scene partner gives you; if they say that they are a monkey from the planet Zoofroo, say “Yes they are”. It is only by saying “Yes” in a scene that the scene can develop and grow and all the possibilities for humor can be fully explored.

In the improv circles of Chicago where I learned my craft there’s a piece of mythology that gets passed around in every beginning level improvisation class. Seems that back in the day, Joan Rivers (yes THAT Joan Rivers) was performing at the famed Second City Theater. Joan is a stand-up comedian, used to performing alone on stage, generating laughs with pre-set jokes without need of assistance from anyone around her. Joan was doing an improv scene before a packed house; her partner began the scene with the line: “Honey, our baby is sick.”

To which Joan replied, “We don’t have a baby.”

The audience roared, her partner fumed and the scene was over. Joan had completely destroyed the reality that her partner had created and there was no place for the scene to go. It was over, she got her much desired laugh, but with it, she sacrificed the possibility of many more laughs had she said “Yes” and allowed the scene to develop and grow.

I learned all about saying “Yes” in my foundling days as an improviser, trying as I was to become a “Big Star” on Saturday Night Live like so many Chicago improvisers before me. I didn’t really think of it much beyond that, but fifteen years after I first set foot in an improvisation class I can see the impact that being taught to say “Yes” has had upon my life.

Strangely enough it has played a significant role in my vocation. While I’m no closer to the stage of Saturday Night Live than I was fifteen years ago, I’d like to think that learning to say “Yes” allowed me to be open to the life God was calling me to: as a Jesuit priest. When I started improvisation I wasn’t a believer, having dismissed the faith of my childhood years before, yet I believe it was the openness that learning to say “Yes” taught me, the willingness to be open to the possibilities put before me no matter how crazy they might have seemed, which allowed me to be available to take a second glance at the God of my youth.

When the thought of becoming a priest first popped into my head one Sunday right after Mass, my instinctive reaction was, “No way, I’m a comedian for the love of God” (pun entirely intended). A week later I saw in my parish bulletin that there was a dinner being held at which men interested in the priesthood could talk with seminarians. The thought of going intrigued me enough to get me to say “Yes”, why not? What could be the worst that could happen: a bad meal and early Tuesday night? When I wound up having an excellent time, and my pastor told me about the Jesuits whose ranks have traditionally included numerous artists, actors and poets, of course I said, “Yes.” In spite of my own doubts, in spite of the secular world around me—which never abated in its barrage of messages about cheap sex and easy money—I kept saying “Yes.” Three years after that first dinner I said the biggest “Yes” of all when I made my vows of poverty, chastity and obedience in the Society of Jesus.

It is only now on the other side, having been a Jesuit for 8+ years, that I can see the impact that learning to say “Yes” had on me, and how it gave me the freedom to be open to the full range of possibilities that God had to offer me.

Jake Martin, SJ, is a Jesuit comedian and writer from Chicago. He is a regular contributor to America magazine and Busted Halo and performs stand-up and improvisational comedy in Chicago and New York. Jake is currently studying at the Jesuit School of Theology in Berkeley, California.