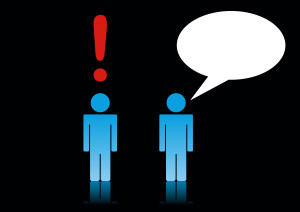 As the line between technology and magic continues to blur, there is, perhaps, no place more colorfully entertaining in which to experience this blurring than Walt Disney World.  Earlier this month the Walt Disney Company announced the planned introduction of a new system of guest identification and access at their famed Florida park called MyMagic+.¹  When fully operational, a wristband-dependent system which utilizes radio frequency identification (RFID) will allow guests to do everything from entering the park without pushing through a turnstile, to paying for lunch with the tap of a wrist, to tipping off Disney characters and employees (aka Cast Members) about things like their name and birthday without speaking a word.  The prospect of this has understandably raised concerns about privacy and the reach of what many perceive to be an already too powerful corporation.  However, of interest to me here is what may get short-circuited by this stunning show of electromagnetic gadgetry.

Walt Disney World is, of course, no stranger to criticism.  Commonly heard complaints range from, ‘It’s too commercial’, to ‘It’s too saccharine’, to ‘It’s too perfect.’  All these critical assessments have some merit.  Yet, in spite of the naysaying, it is and has been one of the most popular and desirable tourist destinations in the world for decades.  Why?  I believe its success is wrapped up in the way it focuses on personalizing each guest’s experience and the way it stretches the imagination of those who visit by immersing them in and inviting them into an ongoing story.

As people first enter the park and stroll down Main Street USA—Cinderella’s iconic castle visible on the horizon—they meet with the smiles of Cast Members, the reedy sound of a classic train whistle, and the sweet smell of such treats as cotton candy and freshly baked cookies.  These and other sensory experiences combine to create a sense of familiarity and welcome coupled with an excitement of what may happen during their highly interactive visit.

Innovations like MyMagic+ may make it easier to personalize a guest’s experience on a granular level by acquiring specific preference data (i.e. ‘What kind of ice cream does this person like?’, ‘Which area of the theme park did he spend the most time in?’, etc.), but I can’t help but wonder if old fashioned methods of human data collection, also known as observation and conversation, might not still yield the most profound results.  By enabling a costumed character we’ve never met (Mickey, perhaps?) to wish my daughter ‘Happy Birthday!’ by name as she approaches, MyMagic+ has the ability to grant mortals and mice seeming omniscience.  This is cool, but is it any more likely to foster a relationship than training Cast Members to be on the lookout for the tell tale signs of a birthday (custom t-shirts, birthday balloons, and the like) and encouraging them to approach guests and ask them if they are celebrating a special day?

All this reminds me a bit of Jesus’ first encounter with Nathanael (John 1:43ff.).  Before they had met or spoken to one another, Jesus called out to Nathanael as he approached, ‘Behold, an Israelite indeed, in whom there is no deceit!’ (v. 47b, ESV).  When Nathanael asked how he knew him Jesus replied, ‘Before Philip called you, when you were under the fig tree, I saw you’ (v. 48).  Jesus’ advance knowledge of him astounded Nathanael and led him to believe that Jesus was ‘the Son of God’ and ‘the King of Israel’ (v. 49).  Now, I’m not suggesting the same will be thought of Cast Members who have gleaned information from someone’s RFID tag, but it’s interesting to see how clever uses of technology have the potential of bestowing god-like characteristics on humans.  Even more interesting, perhaps, is the question, ‘If such knowledge of others becomes more commonplace, would it be a help or a hindrance to us truly loving them as ourselves?’

This post was written by Dave Reinhardt who, in the interest of full disclosure, worked at Walt Disney World while an undergrad.  Dave is now pursuing a PhD at the University of St Andrews with a focus on the theological significance of embodied expression.

2
Facebook Twitter Pinterest
LinkedIn Email
Written By
Dave Reinhardt
More from Dave Reinhardt
Not too long ago, I was listening to the story of a...
Read More