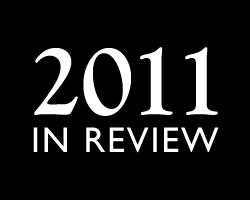 In our last post of 2011, we want to celebrate what has been a great year for Transpositions.  Thank you, readers, for all the ways in which you have contributed to important discussions related to theology, imagination and the arts. Here are some of our highlights from this past year:

Symposia & Guest Contributors. This year, we hosted 11 symposia! We engaged in conversations around the genres of the Domestic and Commercial Arts as well as Fantasy and Children’s Literature. We considered the writing of John Carey and the legacies of Hans Rookmaaker and C.S. Lewis. We explored the ongoing contribution of the KJV, examined differing views on the Imagination, presented current practice in Arts Education, and argued for the importance of Art Appreciation. Not only that but we have welcomed guest contributions from over 60 individuals, including leading scholars and artists such as N.T. Wright, David Brown, Trevor Hart, Makoto Fujimura, E. John Walford, Sandra Bowden and Bruce Herman. We are grateful for all the guest contributors who have so generously given their time and energy in writing posts for Transpositions.

Award-winning. For a second year running, Transpositions was a finalist in the Christian New Media Awards. This year we took the runner-up prize in the ‘Best Christian Blog’ category.

Regular Contributors. Our team of regular contributors work hard to make Transpositions successful. Here are a few highlights from the usual suspects:

Transpositions will be taking a break for the holiday season and will recommence posting on Monday, 16 January 2012. Next year brings all new symposia, some of which include Christian Kitsch, Art and Monasticism, and Art, Embodiment and the Digital. We look forward to continuing our discussions with you in 2012.

Until then, we hope you have a blessed Christmas season and a wonderful start to the new year.

Editor’s Note: This is the first installment of a four-part series by Jim McCullough that will look at the ways in which art contributes…