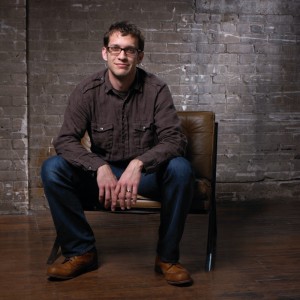 Greetings from St Andrews, Transpositions and the Institute for Theology, Imagination and the Arts (ITIA).

As you may well know, Transpositions began in the summer of 2010 when a group of students in ITIA started discussing how they might bring the conversation of theology and the arts to a broader audience, one beyond the academy. Many things have changed since 2010 – including Transpositions becoming the official blog of ITIA – but the vision has not, and here at the beginning of 2014 and my tenure as Editor-in-Chief, I want to thank our former team members who gave birth to this vision, and tell you a bit more about what the current team is planning for 2014.

If anything, we want to draw more people into the conversation, and we’ve already begun to do so.

“Visiting Scholars” from Duke Divinity School’s Duke Initiatives in Theology and the Arts (DITA) and Houston Baptist University contributed posts in late-2013, and over the course of the next few months we’ll be featuring posts by folks from Fuller Theological Seminary’s Brehm Center and Yale Divinity School’s Institute of Sacred Music (ISM). And we’ve extended an invitation to Graduate Theological Union’s Center for the Arts, Religion, and Education (CARE).

We’ve also published the first two posts in our “Artists in Residence” series, one from Bruce Herman, and one from Alfonse Borysewicz. Makoto Fujimura will be next, and then we’ll hear from each of them again. We hope to expand this series, including more artists and other mediums.

In addition to these two series we’re working to draw out additional voices from the ITIA community. Transpositions is, after all, an extension of the conversation taking place here in St Andrews. We’ve recently published a book review from Professor David Brown, and two more are on the way. Professor Ann Loades is working on a book review and perhaps a post or two. And we’ve heard from a number of students, ITIA, New Testament and otherwise.

All this to say, you might think of Transpositions as a hub for the theology/arts conversation, the online complement to the conversation taking place here in St Andrews. But it’s also more than that. It’s a network through which you can learn about ITIA student/alumni publications, as well as other books being published in the field via our book reviews. You’ll also get to know individuals in other theology/arts programs as they contribute to the conversation here on Transpositions, students from each program giving voice to their program’s distinct emphases. Along these lines, Amber Noel, who is a writer, youth minister as well as an administrative assistant for Duke Initiatives in Theology and the Arts, will be joining the team as a Regular Contributor.

Sarah has already mentioned the moving on of some of our regular contributors, and I add my thanks to hers. We’ll certainly miss hearing from Anna, Dave and Somer. That said, I’m thrilled to serve alongside our current team: Book Reviews Editor Denny Kinlaw, Guest Contributions Editor Cole Matson and regular contributors Amber Noel, Jim Watkins and Preston Yancey. And, lest you forget, we welcome guest submissions!

When it comes to catching up with grandma or the cousins, Skype is a fantastic tool.  As a means of trying to convey the…