This article was originally published on 6 September 2011.

Throughout my own work of translation (The New Testament for Everyone) I have had William Tyndale in mind. His story has often been told: on the run in a foreign land, in hiding, under pressure from rival Protestants as well as from the spies and agents of Henry VIII. Tyndale has recently caught the public’s eye again through Hilary Mantel’s Wolf Hall. For some of us, though, he has been a lifelong hero. He was determined to do whatever it would take to break the clerical monopoly and manipulation of the sacred text, and to get the Bible into the hands of ordinary men and women, where it belonged. He knew this might cost him his life, and it did.

Contrast the situations of Tyndale and the King James translators. Tyndale faced implacable opposition: everyone from the King downwards knew that a new Bible, which ordinary people could read for themselves, would unleash new and uncontrollable forces. Tyndale, though, believed that the social, cultural and political scene needed radical transformation, and that a freshly understood Bible could be the key element. Tyndale’s translations, and his wider theological writings, were all aimed at enabling a genuine upward intellectual and spiritual mobility among ordinary people.

Tyndale was translating, then, with radical intent. King James’s men, nearly a century later, were translating – or rather, editing and adapting Tyndale, the Bishops’ Bible, and the rest – with stabilising intent. To which of these tasks, they might ask us, is the Bible better suited?

Tyndale, classically, was successful. ‘Lord,’ he prayed as they strangled him at the stake, ‘open the King of England’s eyes.’ That prayer was answered, within a few years, as the moderate reformation arrived, and an English Bible was placed in every parish church in England. The rest – it’s often said, but in this case it’s true – is history. 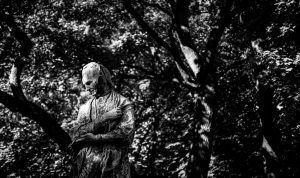 Tyndale’s vision, then, was realized, even at the cost of his own life. But it was with a very different vision that King James, canny Scot that he was, commissioned his new translation. Faced with two main church parties, not to mention two different countries, he devised the idea of a joint translation as a way, not of bringing about revolution, but of preventing one. For him, the monarchical message was that of unity. So his translators set to work with a purpose at once very like Tyndale’s and very unlike. He was translating in order to stir things up; they were translating in order to quieten things down again. But where he succeeded in his aim, they largely failed in theirs. The new Bible didn’t catch on at once, and was powerless, thirty years later, to prevent civil war and regicide.

The difference in political context between Tyndale and King James’s men is reflected in their words and phrases. For all that the King James version employs over 80% of Tyndale, the changes are interesting and telling. Tyndale was translating very close to the Greek. Greek often goes quite directly in English, and lends itself to clear, sharp English prose far more than Latin does. King James’s men, however, habitually thought and wrote in Latin. They worked, of course, with the Greek, Hebrew and Aramaic, but they were scholars mindful of the dignity of their role, not fugitives desperate to get the message across. Their version, for all its brilliance and skill in polishing Tyndale’s rough edges, had the effect – it can hardly have been accidental – of making the Bible once more a somewhat elevated book, just a little above the common reader. The stylistic differences between the two versions thus mirrors the political contrast.

Examples abound. In the Johannine prologue, often quoted as an example of the wonders of the KJV, the only significant difference is that Tyndale refers to the Word as ‘it’, and KJV as ‘he’, until we get to the climax, verse 14, where for Tyndale’s simple word ‘saw’ the King James version has ‘beheld’: ‘we saw the glory of it’, says Tyndale; ‘we beheld his glory’, says the KJV. I wonder if the latter was trying to bring out a possible force of etheasametha? I rather doubt it. I think they were going for sonorous Jacobean prose, which of course they achieved.

Famously, of course, the KJV translates agape as ‘charity’. Many grumbled when twentieth-century translations replaced it with ‘love’. But that was what Tyndale had had in the first place. More significantly, in line with his ecclesiology (one of the reasons Henry wanted to suppress him), Tyndale regularly translates ekklesia as ‘congregation’ whereas the KJV simply says ‘church’, and renders presbyteros as ‘elder’ rather than ‘priest’.

All this says, of course, that the task of translation is never finished. Words change their meaning; today’s turbulent English language is a highly unstable medium in which to say anything permanent. But it’s important, as we celebrate the King James version, to reflect on the way in which Bible translation, study and teaching both reflects and contributes to the social, cultural and political world of its day. This is nothing to be afraid of. The higher your view of scripture, the more exciting the challenge of enabling the Bible to address a fresh word to tomorrow’s world.

N. T. (Tom) Wright, formerly Bishop of Durham, is Professor of New Testament and Early Christianity at St Andrews. Prof. Wright is best known for his writing, both scholarly and popular. Recently, he has published his latest work, The Day The Revolution Began (HarperCollins, 2016). He broadcasts frequently on radio and television, and has lectured at universities and colleges around the world. More details about Dr Wright's work are available at www.ntwrightpage.com.

Perhaps there is no better way to end a conversation, initiate awkward silence or illicit blank stares at your next dinner party than to…