when any mortal(even the most odd)

not justify the ways of God to man [1]

In one of his more accessible poems, modern American poet e.e. cummings (1894-1962) acknowledges an overlooked but common absurdity. That is, why should anyone find it strange that humans cannot understand the mysteries of God’s activity in the world if we cannot even understand ourselves?

I do not think we are any stranger now than ever. As Qohelet says: ‘What has been is what will be, and what has been done is what will be done, and there is nothing new under the sun’ (Eccl. 1:9). This is not to say our capacity to express our strangeness has not been amplified by our technological “progress.” It clearly has. With the click of a button we can now send resources to aid or bombs to destroy perfect strangers suffering on the other side of the world. 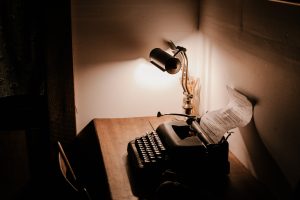 It’s two minutes before midnight and I am writing to do what any sensible person should: advocate for poetry – not that poetry needs our help. It is quite the opposite actually. This raises the question: do we need poetry now more than ever? I doubt anyone could answer this in any meaningful sense, but I will give it a shot. My hunch is: probably not. Humans have always needed poetry. That being said, it is fair to argue that we do, in fact, need poetry now more than ever because now is the only time we have (only how much have we got left?).

I will not attempt to define poetry. Many more qualified minds have attempted. Some have even done so valiantly; all have failed. Instead, I simply want to suggest why we should read more of it. I will propose three reasons, each with a corresponding poem and brief commentary as an aid to your own enjoyment of the poems.

1.  We should read more poetry because words matter immensely and poetry helps us cultivate a care for words.

Emily Dickinson, “A Man may make a Remark”

Let us deport – with skill –
Let us discourse – with care –
Powder exists in Charcoal –
Before it exists in Fire. [3]

Emily Dickinson (1830-1886) is a model poet for showcasing an extreme care for words. About her poetry, Marilynne Robinson notes: ‘It has a reserve of meaning that seems to open very slowly over a long series of readings. Part of that is due to the extreme compression of her poems, which strip away everything inessential, greatly magnifying the potency of each individual word. She puts an extraordinary pressure on language by her parsimoniousness.’ [4] In this frugal poem of forty-two words, Dickinson calls attention to the power of words.

I will make two brief remarks focusing on a few choice words. First, Dickinson’s use of “fuse,” “spark,” and “fire” highlight the incendiary power of even softly spoken words. This language is a clear allusion to the Epistle of James who describes the destructive power of the tongue: ‘How great a forest is set ablaze by such a small fire! And the tongue is a fire, a world of unrighteousness. The tongue is set among our members, staining the whole body, setting on fire the entire course of life, and set on fire by hell’ (James 3:5-6). Second, I want to look at Dickinson’s use of “charcoal.” She is playing on the double purpose for which charcoal was used, both as a key ingredient in gun powder and as a writing instrument. Words, like gun powder, will explode when ignited; wars begin with words.

This poem urges us to deport with skill – conduct ourselves responsibly – when using words because death and life are in the power of the tongue.

2. We should read more poetry because poetry renews our vision.

Nothing is so beautiful as Spring –
When weeds, in wheels, shoot long and lovely and lush;
Thrush’s eggs look little low heavens, and thrush
Through the echoing timber does so rinse and wring
The ear, it strikes like lightnings to hear him sing;
The glassy peartree leaves and blooms, they brush
The descending blue; that blue is all in a rush
With richness; the racing lambs too have fair their fling.

What is all this juice and all this joy?
A strain of the earth’s sweet being in the beginning
In Eden garden. – Have, get, before it cloy,
Before it cloud, Christ, lord, and sour with sinning,
Innocent mind and Mayday in girl and boy,
Most, O maid’s child, thy choice and worthy the winning. [5]

In Faith, Hope, and Poetry, Malcolm Guite argues that poetry can help renew our vision. This poem by Gerard Manley Hopkins (1844-1889) is a beautiful example of how a poem can improve our sight. Poetry helps us to really see the fullness of the immanent present while also enabling us to see through it into the transcendent beyond. In this sense, Guite suggests, poetry is both a mirror and a window. [6]

“Spring” is a Petrarchan sonnet (abbaabba cdcdcd). One way to read it is to view the octave (first eight lines) as a mirror and the sestet (final six lines) as a window. As a mirror, the octave is comprised of a delightful and insightful observation of what is present in creation. Note the rich imagery and lovely alliteration – ‘When weeds, in wheels, shoot long and lovely and lush.’

As a window, Hopkins sees into and beyond our world and asks, ‘What is all this juice and joy?’ Hopkins is describing an instance of transfiguration, which is the moment ‘when the mirror a poem holds up becomes a window onto the Divine.’ [7]

He sees that the earth is imbued with wonder and life and electricity. ‘The world is charged with the grandeur of God’ as he writes elsewhere. His vision through the beauty of spring opens us up to the horizons of the past and to the future. He catches a glimpse of unspoiled Eden. He also catches sight of the eschatological spring of the New Creation. This is the ultimate and eternal May Day, when the Maid’s Child will have fully and finally set all things to rights. The poem is a window that situates us in between this vision of Creation and New Creation. It provides a vision of apocalyptic encouragement for our life between the times.

3. We should read more poetry because poetry develops our faculty of attention.

Who made the world?
Who made the swan, and the black bear?
Who made the grasshopper?
This grasshopper, I mean-
the one who has flung herself out of the grass,
the one who is eating sugar out of my hand,
who is moving her jaws back and forth instead of up and down-
who is gazing around with her enormous and complicated eyes.
Now she lifts her pale forearms and thoroughly washes her face.
Now she snaps her wings open, and floats away.
I don’t know exactly what a prayer is.
I do know how to pay attention, how to fall down
into the grass, how to kneel down in the grass,
how to be idle and blessed, how to stroll through the fields,
which is what I have been doing all day.
Tell me, what else should I have done?
Doesn’t everything die at last, and too soon?
Tell me, what is it you plan to do
with your one wild and precious life? [8]

In this poem, you may notice similarities with Hopkin’s “Spring,” how both easily flit between natural and supernatural things. Here, however, I want to focus on something different: attention. This is a common theme in the poetry of Mary Oliver (1935-). In some ways, I have saved the most important reason we should read more poetry for last. The faculty of attention is the foundation of the previous two; without it, we can neither care for words nor see properly. 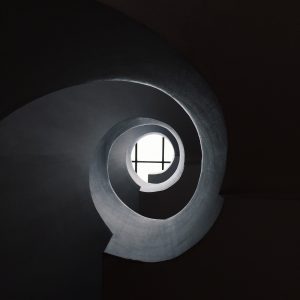 As I read the poem, I cannot help but think of a mantra so common in conversation about “leadership” and “productivity”: “never let the urgent drive out the important.” It is a useful bit of wisdom that is essentially about attention. William James defines attention as ‘the taking possession by the mind, in clear and vivid form, of one out of what seem several simultaneously possible objects or trains of thought.’ [9] As I’ve argued elsewhere, it is the practice of saying “no” to the many in order to say “yes” to the one.

What strikes me is that the poem flips the mantra upside down. We normally associate it with getting stuff done and the most important stuff at that. And yet, this poem is about watching a grasshopper eat cake and Oliver rambling through a field all day. What has she accomplished? It is almost as if she anticipates the productivity-obsessed readers’ retort: “Tell me, what else should I have done?” The answer she is after is obvious.

Elsewhere Mary Oliver has said that attention is the beginning of devotion. Notice the connection between prayer and attention. Oliver may not know exactly what a prayer is but clearly she has quite a bit of experience. One’s experience, William James suggests, is simply that which one agrees to attend do. In this poem, Oliver walks us through her experience of prayer.

As she attends to the one important thing, Oliver reminds us that we are all going to die. And so she asks, ‘Tell me, what is it you plan to do with your one wild and precious life?’

My first recommendation is to read more poetry.