Editor’s Note:  As part of the series leading up to and through the TheoArtistry: Text & Image exhibition, TheoArtistry participant Serafina Paladino shares how her research on pilgrimage in Dante’s Comedy and the video game Nocturne shaped her understanding of her own experiences during lockdown and contributed to her TheoArtistry group’s discussions about revelation.

‘The path to paradise begins in hell’ — this quote commonly misattributed to the Italian poet Dante comes to mind when I reflect on my life these last two years. In the fall of 2020, I made the difficult decision to travel across the Atlantic from my home in the United States to pursue a master’s degree in comparative literature at the University of St Andrews. Although the pandemic was in its early stages at the time, the intense atmosphere was not merely an instance of short-lived, baseless public hysteria but rather an all-consuming wave of anxiety and panic. There was no precise date when a vaccine would be developed, let alone any word on when things would return to  normal. In hindsight, this was an incredibly risky voyage to undertake but it cannot be understated how engrossed I was with fulfilling my dreams of leaving an arid state to see the coastline of Fife and Scotland’s oldest university first-hand. 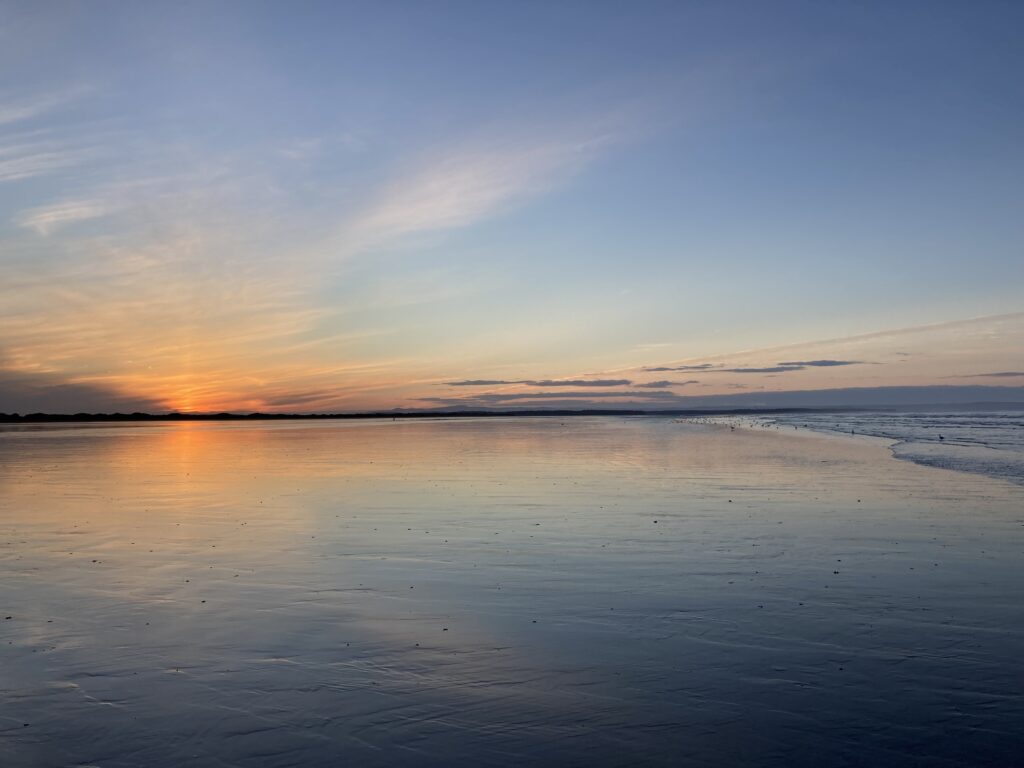 Upon arrival, I was relieved to discover that Scotland had been managing the pandemic far more effectively than my home country, which was just undergoing its first series of major lockdowns. On my first day out of quarantine, I was greeted by clear blue skies — an occurrence I would soon learn was a rare sight to behold in the quaint Scottish town. This moment of tranquility came to an abrupt end as more COVID cases were reported around Fife and the university announced that all classes scheduled for second semester would be taught online. The news was not unforeseen, but I was shocked to be back in my small dorm room again with only a laptop for company as I had been during quarantine. Things only became more serious over time. My roommates who had vacated our shared flat for the holidays were soon prohibited from returning to Scotland by a series of new travel restrictions. At this point in my journey, I felt as though I had fallen into an inescapable state of limbo where I was preoccupied with the anticipation of seeing my friends again in the increasingly uncertain future.

As a pilgrim, the hope of exploring wondrous locations around Scotland had all but ceased to exist in this liminal space where I was alone with my own thoughts. I had never envisaged quarantine as part of my study abroad experience, so it was difficult to reconcile myself to this new reality. The town of St Andrews itself had grown quiet during this time and the streets were emptied of the cheerful students and tourists I had previously encountered. Winter continued.

As the days became shorter and darker, my surroundings began to resemble a circle of hell proper rather than limbo. I recall one night standing in front of the St Andrews Cathedral and pondering how its ancient facade, battered by the memories of the past, recalled the many descriptions of architectural features leading into hell, namely gates, that are described in Dante’s Comedy.  In that instant, I threw aside the belief that my pilgrimage had come to a standstill; I realised that a katabasis  into the underworld awaited me. 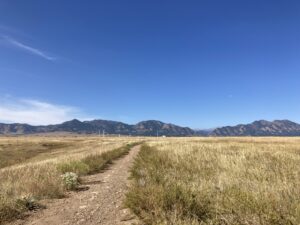 It was frightening to accept that I was no longer in a Mountain State where the sun would shine immediately following a blizzard, but I was equally determined to find even the smallest amount of light in each foggy day that was spent completing my studies. The classical account of the Hero’s Journey does not see a trip to the underworld as a detour from the hero’s chosen path. Rather, this literary trope contributes to the character growth of the hero. In other words, it was time for me to face the shades of my own pilgrimage through hell to return home as a transformed daughter, partner, and scholar.

Before coming to St Andrews, I had become captivated by an old video game that I was playing on my partner’s childhood PlayStation 2. The game was the third installment in a long-running Japanese series under the curious title Shin Megami Tensei III: Nocturne — referred to by fans simply as Nocturne.  From a quick Google search, ‘Megami Tensei’ roughly translates to ‘reincarnation of the goddess’, which speaks to the series’ focus on themes of destruction and rebirth. Nocturne  follows the story of a nameless male protagonist living in the city of Tokyo. When a violent apocalyptic event known as the ‘Conception’ extinguishes all human life, Tokyo becomes overrun by hordes of demonic figures from an eclectic mix of world religions and folklore. The protagonist survives this apocalypse because he is transformed into a half-human, half-demon hybrid known as Demi-fiend. The player bonds with Demi-fiend as a unified avatar destined to unearth the path that humanity must take to recover from the devastation.

I was unable to complete Nocturne  before I left for Scotland, and so Demi-fiend and his journey were put on pause. The new world that I had envisioned as a player never came to fruition — a failure that paralleled my own feelings of stagnation in St Andrews. Had I become like a series of pixels on a screen subject to the whims of a detached player, just as I had left Demi-fiend to wander aimlessly in his digital hades without a resolution to his cause? With these questions in mind, I launched into writing my dissertation with the intent to document how the Comedy  influenced Nocturne’s spiritual quest and what the ending of Demi-fiend’s journey signifies to a player. My investigation was an academic unveiling of the unknown that began within the text of a medieval poem and ended on the multi-track stage of a video game.

We all had a fascination with the image of the pilgrim as an apt illustration of the way that revelation has no precise beginning or end.

The revelation that both Dante’s Comedy  and Nocturne  ask their audiences to seek is the answer to the age-old question of how one should behave on Earth in order to ascend to a heavenly kingdom. This similarity is intriguing because Nocturne  is the product of an era of rapid technological advancement and growing secularism yet, like Dante’s Comedy, the game yearns to capture something that is beyond the material world. These themes have undergone a pilgrimage of their own throughout history, finding expression in various mediums as human creativity has engaged with the same ideas adapted to fit new people and places over time. This conceptualisation of revelation as a journey was the mindset I had when joining the TheoArtistry: Text & Image  scheme. As I met and got to know my fellow group members, I was ecstatic to discover a welcoming space where I could share many of the ideas I had written about in my dissertation despite our differing interests and skillsets. No longer was I in the dark, alone with my thoughts. My research was being used to generate inquiries beyond its initial inception. And, more often than not, I was moved by our small group discussions to rethink a notion I had previously held about the role of religion within a scholastic context.

Because the TheoArtistry groups meet virtually, we were able to maintain this connection even after I returned to the United States over the summer. In one recent meeting, artists and researchers alike were asked to share insights they had on the experience thus far, and I was excited to hear that many of us shared similar views on how the scheme’s theme of revelation could be interpreted. We all had a fascination with the image of the pilgrim as an apt illustration of the way that revelation has no precise beginning or end. Rather, it is a journey that circles back onto itself like the cycle of reincarnation. Revelation can thus be uncovered at any point in one’s life, and by engaging with art — be it a medieval poem or a video game — we are invited to understand facets of ourselves that were formerly unknown. As a combined force, the Comedy  and Nocturne  shaped my experience of living through the isolation and darkness of the pandemic. I must praise them for guiding me on my journey towards paradiso.

These themes have undergone a pilgrimage of their own throughout history, finding expression in various mediums as human creativity has engaged with the same ideas adapted to fit new people and places over time.

My role as a researcher for TheoArtistry did not involve determining a single, fixed answer to the theme of revelation. It was far more rewarding to join others on a shared pilgrimage towards understanding, allowing my own ideas to harmonise with the thoughts, feelings, and artistic passions of the group. I look forward to seeing the art that will be made from this collaboration and I am honoured to know that some of my scholarly input aided in building a bridge towards meaning in this complicated existence in which we live.