‘Is it right, Prince, that you once said the world would be saved by “beauty”?’

‘What is there for me in all this beauty, when I am forced to be aware every minute, every second, that even this tiny fly buzzing in the sunbeam near me, even that is a participant in all this festival and chorus, knows its place, loves it, and is happy, while I am the sole outcast…!’ [1]

Taken together, these words from Dostoevsky’s novel The Idiot capture a profoundly simple argument: how can beauty save if one cannot participate in it? The words are spoken by Ippolit, an 18-year-old dying from consumption, and are central to his organized reflections on his last days, which he titles his ‘Necessary Explanation’. The ‘Explanation’ provokes a multitude of weighty insights and culminates in the reflection on a copy of Hans Holbein the Younger’s painting The Dead Christ in the Tomb. The painting haunts Ippolit due to its stark portrayal of Christ’s death that lacks in even a ‘hint’ of beauty. For Ippolit, this depiction of Holy Saturday, the day in Christian liturgy when Christ is concealed in the grave, frustrates his understanding of beauty and ugliness. This does not highlight an intellectual contradiction or general indecisiveness but rather expresses what philosopher Cora Diamond terms ‘the difficulty of reality’. [2] That is, Ippolit’s ambivalence articulates a problem of the human condition that cannot involve a tidy resolution. Instead, his problem must be preserved through Holy Saturday’s exposure of the depths of human isolation.

The difficulty of reality, deflection, and exposure

The significance of Christ’s death to Ippolit is problematic to communicate yet easily dismissed or deflected. It fits into what Cora Diamond calls the difficulty of reality: an experience that tries language to the point of rupture and which reveals us to be wounded and exposed to the world. For Diamond this experience is painfully obvious on one hand, ‘We take things so’, yet ‘the things we take so may simply not, to others, present the kind of difficulty, of being hard or impossible or agonizing to get one’s mind round’. [3] For this reason, Diamond describes the difficulty of reality in terms of ‘rawness of nerves’ and ‘spikiness’ to express how it both exposes one to the world and eludes one’s grasp.

It is the nature of such difficulties that make preserving them no small task. Despite being filled with a sense of ‘the ineluctable facts of our capacity to miss the suffering of others and of the possibility of our own suffering being unknown and uncared about’, more often than not our appreciation of this fact is deflected. [4] For philosophers like Diamond, deflection is a problem central to human experience. Something in the human condition compels us to dismiss the difficulty of reality as an ‘intellectual difficulty’ instead of a ‘tormenting possibility’, distancing ourselves from the experience, or clothing ourselves, as it were, in argumentation. Diamond opens her essay by considering Ted Hughes’s poem ‘Six Young Men’, a meditation on a photograph of six men who died in World War I only a few months after the picture was taken. The difficulty of appreciating this photo, Diamond says, arises from the ease with which the significance of an image that so uncannily holds death and life together may be deflected: ‘The men were alive, and now are dead: what’s the problem?’ [5] 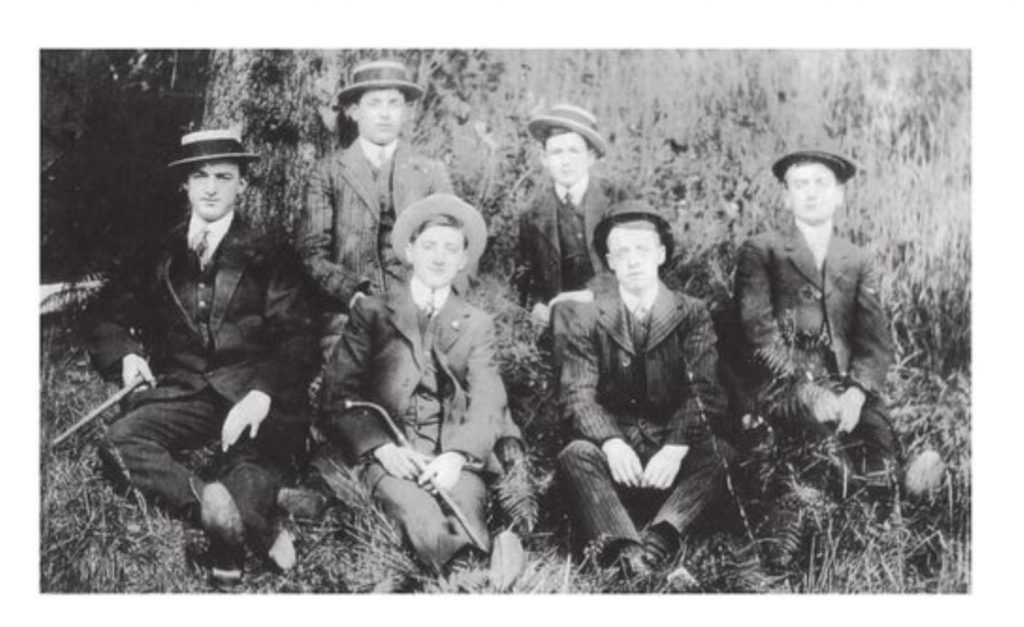 The impulse behind our deflection of difficulties lies in the concept of exposure. Problems like Ippolit’s expose us to our own finitude and bodiliness. Borrowing Diamond’s observation, a problem like Ippolit’s ‘is our exposure, as we find for ourselves, or are meant to find, in a shuddering awareness of death and life together’. [6] Her caveat that we ‘are meant to find’ ourselves thus exposed is important, since there is no guarantee that we humans will accept our exposure. In fact, it is likely that we will deflect it.

The human propensity to deflect difficulties and avoid or ignore exposure has strong theological significance, echoing Adam and Eve’s desire to cover their nakedness. In this sense, from its beginnings Christian doctrine recognizes humanity’s exposure par excellence: not only are Adam and Eve bodily exposed, but they are also exposed spiritually to their separation from God and from each other. It can be said that Christ as the Word become flesh, in taking on the consequences of the Fall, took on our exposure, and in so doing exposed our own processes of deflection. [7] As a result, Christ’s death becomes the difficulty of reality, an event that invites participation but confounds our ability to comprehend it. The dead Christ thus becomes a difficulty for us all and not just Ippolit, a difficulty that will not permit the beauty of life to exist apart from the ugliness of death in Holbein’s portrait.

Ippolit and Holy Saturday: the brick wall and the Pavlovsk trees

The beauty of the resurrection and the ugliness of Christ’s death are at the heart of Ippolit’s experience. One of the recurring themes throughout his reflections is the appropriateness of his dying ‘under trees or looking through the window at my bricks’. [8] Ippolit first alludes to this choice in Part Two when he says that he is glad to say ‘farewell to people and nature’ on his visit to Pavlovsk (a suburb of St Petersburg) because at least there he ‘can see a tree in leaf’. [9] The other option is his bedroom in St Petersburg, the window of which looks out at an ugly, stained brick wall. This section of the narrative takes place during the ‘white nights’, the summertime of St. Petersburg where, due to the city’s latitude, the days are so long that the sun barely sets before it rises again. For Ippolit to die under the trees of Pavlovsk means to die in the light of summer. The brick wall therefore comes to symbolize not only Ippolit’s death but his entombment from the light and life of the sun.

If we return to Holbein’s Dead Christ, the connection between the painting and Ippolit’s brick wall becomes more pronounced. Holbein does not depict a completely closed tomb but one in which the profile of Christ’s dead body is exposed. The tomb’s exposed side opens outwards towards the viewer, making death terrifyingly close. Julia Kristeva, echoing Ippolit, acknowledges that the painting’s singularity lays bare the horrors of nature and the incomprehensibility of death. She writes, ‘[w]ith no intermediary, suggestion, or indoctrination, whether pictorial or theological, other than our ability to imagine death, we are led to collapse in the horror of the caesura constituted by death or to dream of an invisible beyond’. [10]

In the novel, the reader is invited to imagine this young man in the same position as the dead Christ as Ippolit lies prostrate upon his bed with no view of anything beyond his brick wall. Indeed, Ippolit seems to imagine himself in this very position. As a result, the Pavlovsk trees, which he once admired, become more illusory than real in his ‘Explanation’, seemingly just deflections of his suffering. The ugly brick wall, on the other hand, stands as a more compelling symbol of the difficulty of his condition: ‘And what are [Christians] after with their ridiculous “Pavlovsk trees”? Trying to sweeten the last hours of my life? Can’t they realize that the more I forget myself, the more I surrender to this last illusion of life and love, with which they try to screen off Meyer’s wall and everything that is frankly and openly written on it, the unhappier they make me?’ [11] Ippolit intuitively understands that there is something necessary in death when he says that the brick wall ‘is dearer … than all the trees in Pavlovsk’. [12] His admission, instead of suggesting a cynical embrace of death, betrays a sense of how it participates in life.

The Dead Christ and the possibility of resurrection

The realism of Holbein’s painting is a radical departure from devotional images of Christ in the tomb. While traditional devotional iconography depicts Christ surrounded by others, never in profile, and always retaining a certain beauty, Holbein’s painting, as Rowan Williams observes, is literally an ‘anti-icon’ in the narrative: ‘a religious image which is a non-presence or a presence of the negative’. [13] This, however, does not dismiss the painting’s theological worth but, on the contrary, establishes it. As an image of ‘non-presence’, Holbein’s painting contains the ambivalence of Holy Saturday: through an atheistic lens, Christ’s death affirms that God is dead (if at least for a moment), but through another lens his death becomes the outpouring act of kenotic love. This ambivalence is expressed well by Kristeva, who asks: ‘[d]oes Holbein forsake us, as Christ, for an instant, had imagined himself forsaken? Or does he, on the contrary, invite us to change the Christly tomb into a living tomb, to participate in the painted death and thus include it in our own life, in order to live with it and make it live?’ [14]

Joseph Ratzinger’s reflections on Holy Saturday are helpful to further understand the theological richness of Holbein’s image in Ippolit’s ‘Explanation’. Ratzinger affirms that Christ’s death means ‘that he descended into the unreachable and insuperable depth of our condition of solitude’, but adds ‘that also in that extreme night which no word penetrates, when we will all be like children, banished, weeping, there will be a voice that calls to us, a hand that takes our hand and leads us on’. [15] Ippolit would surely bristle at the hope that Ratzinger offers. One can certainly imagine how such words could be used to deflect Ippolit’s sense of the imminence of death, just as the Pavlovsk trees seem to do. Ratzinger, however, does not diminish the importance of Holy Saturday and therefore would not advocate that Ippolit embrace the trees and forget about his brick wall. Instead, he states that Holy Saturday is ‘the sign of death and resurrection at one and the same time’. [16] That is, the light of a summer day and the darkness of the tomb are not to be separated, but the significance of one is made possible by the other.

Ippolit’s encounter with Holbein’s painting shows how Holy Saturday, through its exposure of the depths of isolation, frustrates our conception of what true beauty is. This fact does not deny the existence of beauty but makes its existence all the more miraculous. Even Ippolit, who seems to want to dismiss all beauty as illusory, continually returns to the Pavlovsk trees. As Diamond notes, it is equally ‘[i]nstances of goodness and beauty that can throw us … [and] give us the sense that this should not be’. [17] That Christ’s death and resurrection contain each other is a terror in itself. To invert Diamond’s words, the difficulty underlying our encounter with Holy Saturday is ‘the impossibility of anyone’s being more [dead] than [Holbein’s Dead Christ], nothing’s being more [alive]’. [18] For the ‘dreadful fear’ that Ippolit says the disciples must have felt as a reaction to the incomprehensibility of Christ’s death persists at the empty tomb: ‘they went out and fled from the tomb, for trembling and astonishment had seized them, and they said nothing to anyone, for they were afraid’ (Mark 16:8, ESV).

[7] Diamond’s concept of deflection, when connected to the person of Christ, resonates in interesting ways with René Girard’s scapegoat thesis. For an overview of some of his main ideas, see ‘On War and Apocalypse’, First Things (August 2009), https://www.firstthings.com/article/2009/08/on-war-and-apocalypse.

[18] ‘[Hughes’s poem] is capable of making one go mad… to bring together in thought what cannot be thought: the impossibility of anyone’s being more alive than these smiling men, nothing’s being more dead’. Ibid., 44.