Life writing in a postsecular age is complicated business, just ask Stanley Hauerwas. Few life writings in recent years have stirred as much interest among North American Christians as the publication of Hauerwas’ Hannah’s Child: A Theologian’s Memoir (2010). Yet, for all the ways this noted theologian asserts the difference between Christians and the world, his own story directly imitates modes of life writing in a postsecular society. Above all, in what appears to be a vast departure from the long history of Christian autobiography, Hauerwas fails to describe a seminal moment of conversion.

Even the preference for the label “life writing” rather than the more familiar name “autobiography” shows how thorny the genre has become. Of course, the terminological shift makes sense. Life writing encompasses a wide array of literature devoted to telling stories about the self, including letters, epic poems, and lyrics in addition to the seemingly more traditional form of the literary biography. The “autobiography” has a lot of baggage, and it is not just because the word signifies self-control and a command over one’s one mind and being. The word autobiography carries with it a simultaneous quality of uniqueness and universality. The enlightened man who penned an autobiography could claim that his (and the gender here is intentional) life was worth telling while also indicating that some capacity of the life written well proffers readers an example worthy of emulation. The shift from “autobiography” to “life writing” thereby reflects a wider democratization of writing about human experience and the literary by-products of human being in the world. 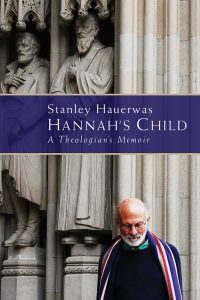 While Augustine’s Confessions has long been the standard against which all life writing is measured, the history of Christianity has produced many classic texts. The Book of Margery Kempe (1436–38), John Bunyan’s Grace Abounding (1666), and John Henry Newman’s Apologia pro Vita Sua (1864) are only a few examples of life writing in the English language that continue to receive attention in both popular and scholarly circles. Not all of these writings are conversion narratives, but the rise of evangelical religion in Britain and North America expanded the popularity of giving witness to the precise moment of divine intervention in the life of a sinner. In addition to the publication of sometimes harrowing accounts of divine faithfulness in times of trouble, publishers produced popular editions of personal journals and letters that appeared to uncover the truth of events as they happened, blurring the lines of truth and fabrication in the process. (If I read a diary, do I read an author’s most intimate and unfiltered thoughts?) In the last century, the number of memoirs has expanded considerably, and Christians have continued to participate by giving witness to God’s constancy in even dire circumstances.

Hauerwas, with characteristic verve, opens Hannah’s Child with a prefatory chapter that sparks the imagination as well as any memoir in recent memory: ‘I did not intend to be “Stanley Hauerwas,”‘ he writes. ‘I am aware, however, that there is someone out there who bears that name.’ [1] He explains that, more than anything else, the trouble with “Being Stanley Hauerwas” (as the chapter title announces) is identifying with “the Christian Hauerwas.” It is not that Hauerwas is not a Christian, which of course he is, rather that claims to faith and belief are easily complicated, not least by the humanistic way he lives his life. As James Olney, one of the leading scholars of life writing, explains, ‘We can only be said to believe something (e.g., “There is a God”) if there is an alternative possibility to that belief (e.g., “There is no God”).’ [2]

So, instead of offering a formulaic conversion narrative, Hauerwas instead presents a life shaped by value. Following the American critic Sven Birkerts, Hauerwas notes that ‘memoir begins not with an event but with an intuition of meaning.’

The statement is not accidental. Hauerwas intentionally distances himself from Christian conversion narratives and the temptation to hypothesize God as a subject under the control of Hauerwas the narrator. As the son of a bricklayer, he is ‘in too much of a hurry’ to be of any real use. [3] For all the ways Hauerwas highlights the difference between the church and the world, his rhetorical strategy as a life writer reflects the values of a postsecular society. The difference is real: compared to Bunyan’s Grace Abounding or Lamin Sanneh’s more recent Summoned from the Margins (2012), both of which feature carefully constructed stories that center on a powerful experience of conversion, Hauerwas irreverently declares, ‘I became a theologian because I could not be saved.’ [4] Yet the apparent absence of a conversion leaves space for other events to fill the void. 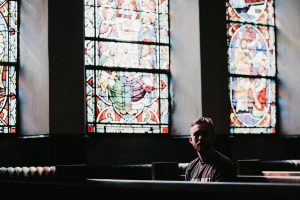 The claim “I could not be saved” may appear to be little more than a theological gambit, but Hauerwas follows through. Not only in the small Methodist church of his earliest years, but even later when he joined a retreat while studying at Southwestern College, Texas, the story was identical: ‘if I could not be saved at Pleasant Mound, I sure as hell was not going to be saved at the Faith and Life Community in Austin, Texas.’ [5] Same thing at Yale, as well as Augustana, Notre Dame, and even Duke. That is not to say he never found Christ or came to identify with Christian faith. He did. But rather than a spiritual conversion, Hauerwas relates a story of emerging (and problematic) ecclesial identity. Hauerwas calls this finding a “home.” He very nearly joined the Roman Catholics, but a troubled marriage to his first wife Anne made the prospect unworkable. Though he found himself in conversation with Catholics, Lutherans, Episcopalians, and Anabaptists, he eventually joined the United Methodists with little fanfare and none of the “high drama” he might have anticipated: ‘There is no denying my ambiguous ecclesial identity.’ [6]

What is the student of theology and literature to make of Hauerwas’ story? Mary Karr explains the trouble with memory in her guide to life writing in The Art of Memoir: ‘You think you know the story so well. It’s a mansion inside your head, each room just waiting to be described, but pretty much every memoirist I’ve ever talked to finds the walls of such rooms changing shape around her … it’s like memory is a snow globe that invariably gets shaken so as to shroud the events inside.’ [7] Perhaps Hauerwas is simply unable or unwilling to give rigid sequence to the events of his life. Maybe he wishes to undermine the formulaic nature of Protestant accounts of conversion with a process-oriented illustration of justification (a subtle reminder of incipient Catholicism). Possibly Hauerwas only reflects the liberal Protestantism that some have discovered in his work (this, despite the content of his theology). [8] In the end, he simply pleads ignorance: ‘That I think Hannah’s Child to be a book I had to write does not mean that I know what I have done by having written the book.’ [9] 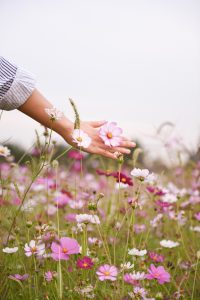 While the absence of the theologian’s conversion certainly contributes to his mottled churchmanship, Hauerwas shows signs of Augustinian Methodism in decidedly modern garb. For the conversion of Stanley Hauerwas occurred on 12th April 1987. Thirty years ago, Stanley Hauerwas, a heartbroken professor at Duke, irreparably separated from his wife, asked Paula Gilbert if she would attend a baseball game with him in Durham, North Carolina. In nearly three hundred pages of life writing, no other event has the singular quality of 1:30 pm on 12th April 1987. His description concerning the moment of their first date bears all the marks of the classic conversion narrative:

When I drove up in front of her house she was outside inspecting her plants. I may have already been in love without her knowing it, but the moment I saw her carefully attending to what she had planted I fell completely in love. That I did so was, of course, irrational. But it was also right. Paula does have a love for the particular. She takes the time necessary to see each petunia for its particular beauty. She was going to slow me down. [10]

In a single moment, Stanley Hauerwas found love that he had not known and embraced a new beginning in his life. Slowing down Stanley Hauerwas was the fulfillment of the bricklayer’s true constitution and the realization of the restful self. Compare Hauerwas’ “Durham experience” with his Methodist forebear John Wesley at Aldersgate, London:

About a quarter before nine … I felt my heart strangely warmed. I felt I did trust in Christ, Christ alone for salvation; and an assurance was given me that he had taken away my sins, even mine, and saved me from the law of sin and death.[11]

Wesley’s famous “Aldersgate experience,” recorded in his personal diary and subsequently published as part of a defense of his life and ministry, pointedly focuses on the change accomplished by Christ, but the effect of the conversion is no less powerful.

The command to go into all the world as witnesses to the gospel has encouraged Christian life writing in generation after generation. So long as readers think of conversion narratives as strictly theological treatises, however, they will miss the subtle rhetorical cues and literary devices that make life writing so powerful and a reader’s connection with a text so meaningful. In a postsecular society, the aversion to religious formulas and the tendency towards multivalence heightens the significance of seemingly ordinary or even areligious events. Identifying the conversion of Stanley Hauerwas with human love (even a love mixed with lust, by his own admission) may appear disrespectful or even sacrilegious. Unquestionably the move he makes is unconventional. But the event works in a postsecular world dissatisfied with formulaic accounts of religion and spirituality and corresponds to his definition of faith far better than any mechanical account of belief. Hauerwas laments the pervasive attempt to make Christianity into an explanation. ‘Faith,’ he claims, ‘is but a name for learning how to go on without knowing the answers.’ [12] And that is precisely what happens when Stanley met Paula: for the very first time, he learned to go on.