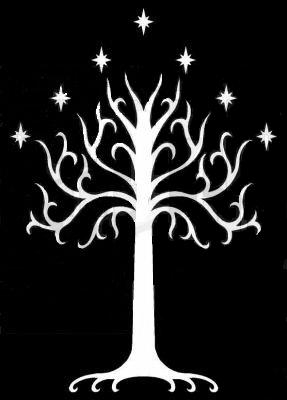 Starting Monday, Transpositions will be celebrating fantasy literature with a week-long online symposium. The upcoming topics include:

Monday, 5 December: Laura Schmidt, archivist for the Wade Center at Wheaton College, examines why fantasy stories grip some readers with fierce intensity and wholly fail to move others.

Tuesday, 6 December: Travis Buchanan, PhD candidate at St Andrews’ Institute for Theology, Imagination and the Arts and previous guest contributor to Transpositions, will explore the relationship between J.R.R. Tolkien’s essay ‘On Fairy-Stories’ and the Gospel.

Thursday, 8 December: Katherine Cooper, PhD candidate in the School of English at the University of St Andrews, will engage with community and emotional intimacy in Neil Gaiman’s graphic novel Whatever Happened to the Caped Crusader?.

Fantasy literature has long been a vital part of my imaginative life, and I re-read The Lord of the Rings every few years for my spiritual health. Last night’s bedtime reading was the crowning of Aragorn as King Elessar in The Return of the King.

Since I first read about Aragorn and the embattled kingdom of Gondor at age 13, Aragorn’s coronation has been inseparable in my mind from the image of Christ the King. Coming from the anti-monarchical U.S.A., as I do, Tolkien’s story taught me how it felt to yearn for a long-awaited king and rejoice in his coming. Therefore, it felt right to be reminded, through this deeply Catholic work of fantasy, of the glorious coronation of the mighty King whose coming we await with hope and expectation during this season of Advent. It felt right to be reminded, also, that this King’s first arrival is hidden, humble, and brings healing, just as Aragorn first entered Minas Tirith under the form of a Ranger from the North to fulfill the ancient saying that ‘the hands of the king are the hands of a healer’.

His first coming was quiet and veiled, a mission of salvation in a time of war. His second coming was in glory and triumph, to usher in a reign of peace and blessing after the defeat of evil. Even so, Christ’s first coming, which we will celebrate at Christmas, was hidden and veiled in the form of a vulnerable baby crying in a cattle trough, come to bring healing and salvation through weakness. His second coming, which the first coming heralds, will be in glory and triumph, with the morning star upon His brow – greater than any Elfstone, and yet the star to which the Elfstone points.

I hope that you will join us in the celebration of fantasy literature and the great gifts many of us have received through these stories.

Street art and the sacred might seem like an odd pairing at first blush. But for Artist and Methodist minister Ric Stott the act…