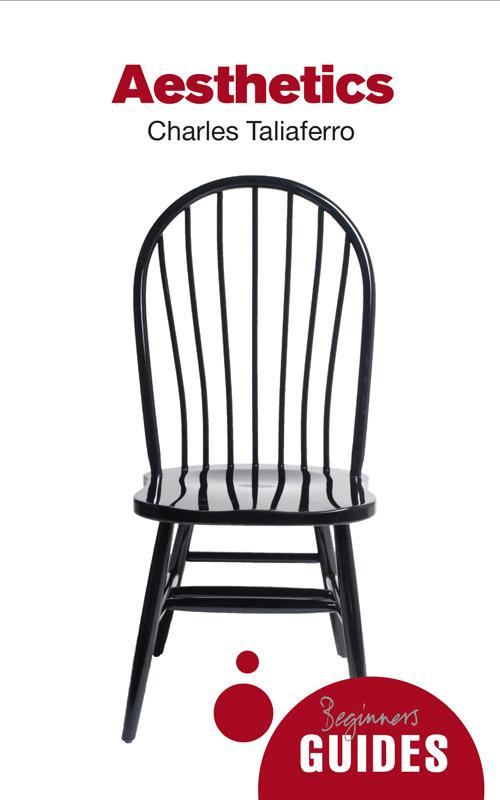 Editor’s Note: This review is the first in a series of review clusters, a format new to Transpositions. Review clusters will include 2-3 short reviews by one or more contributors.

What do toilets, chairs, and cartoons have to do with understanding the world? Why does certain music make you laugh or cry? What do films have to do with virtue? Charles Taliaferro’s Aesthetics offers a thoughtful response, placing the historical quest for truth, goodness, and beauty in the colorful context of the Western tradition.

By focusing on the search for meaning, Taliaferro explores the many ways that art serves “as the aesthetic: an appreciative experience of the affective properties of events and things.”[p. 97]

Positively, Taliaferro spends an adequate amount of time on questions such as what makes art art, and what makes something beautiful?  Providing a balanced view of many controversial concepts and traditions – from Plato to Mozart to Tolkien – Taliaferro gives a sound tour of the essential questions. Students in other disciplines will find much of value, particularly his discussion of the questions emerging from the artist’s intention, and the interpretive desire for meaning and understanding.  Those in diverse fields such as hermeneutics, religion, philosophy, and literary studies, as well as those working at the intersections of these areas will find many starting points for discussion. Highly recommended as an introductory guide. 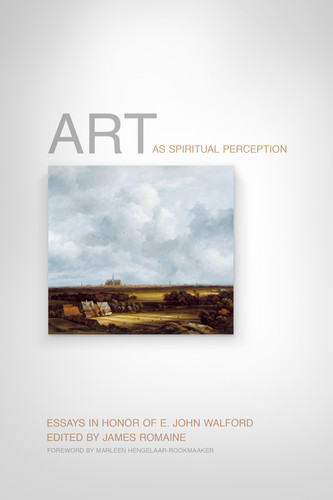 In this festschrift, James Romaine, Associate Professor of Art History at Nyack College, as well as students, colleagues and friends, pay tribute to Dr. E. John Walford, the recently retired Professor of Art History at Wheaton College.  Walford is the author of numerous publications including Jacob van Ruisdael and the Perception of Landscape and Great Themes in Art.

In his “Introduction,” Romaine notes: “Walford’s art historical methodology may be described as seeing in pursuit of meaning.”[p. 23]  And what does he mean by that?  Romaine explains: “Walford argues that we can discover an artist’s mindset and method by examining his or her process of motif selection and method of representation.”[p. 23] He continues:

Walford’s approach recognizes the work of art as a visual realization, through motif and method, of inherent meaning.  This has consequences for understanding the role of the scholar, or viewer, who seeks to understand and critically engage that meaning.  It would follow that Walford’s method of meaning-oriented seeing would require a selection of subject, observational study of that object’s visual elements, and commentary, informed by contextual knowledge gained through research.[p. 31]

In the fifteen essays that follow, the contributors reflect on, and dialogue with, Walford’s writings and particular interests.  Several stand out, but here it seems most appropriate to discuss James Watkins’s piece: “The Liberating Myth: Joseph Beuys’s I Like America and America Likes Me.”  Watkins, a student of Walford’s, is, of course, the Featured Artist Editor here at Transpositions, and explores how art and artist become intimately interwoven in an essay on Joseph Beuys. Watkin’s research on Beuy’s controversial personal “myth-making” and his apparent borrowing of Christian themes leads to a larger consideration of myth in relation to art and reality. Watkins suggests that Beuy’s art might be illuminated with a comparison to J.R.R. Tolkien’s use of myth-making and of “the benefit of myth as allowing one to see things anew.”[267]

Unlike so many festschrifts, this volume is not composed of atomistic articles that might have appeared anywhere. Walford’s influence informs and is acknowledged in every contributor’s article, and so what emerges is not only a collection of highly illuminating essays, but a composite picture of a particular scholar who has shaped a generation of Christian scholars in art historical research. This volume makes a compelling argument for the reality of religiously formed perception behind the production of art and how art can contribute to viewer’s perception of life and the world. 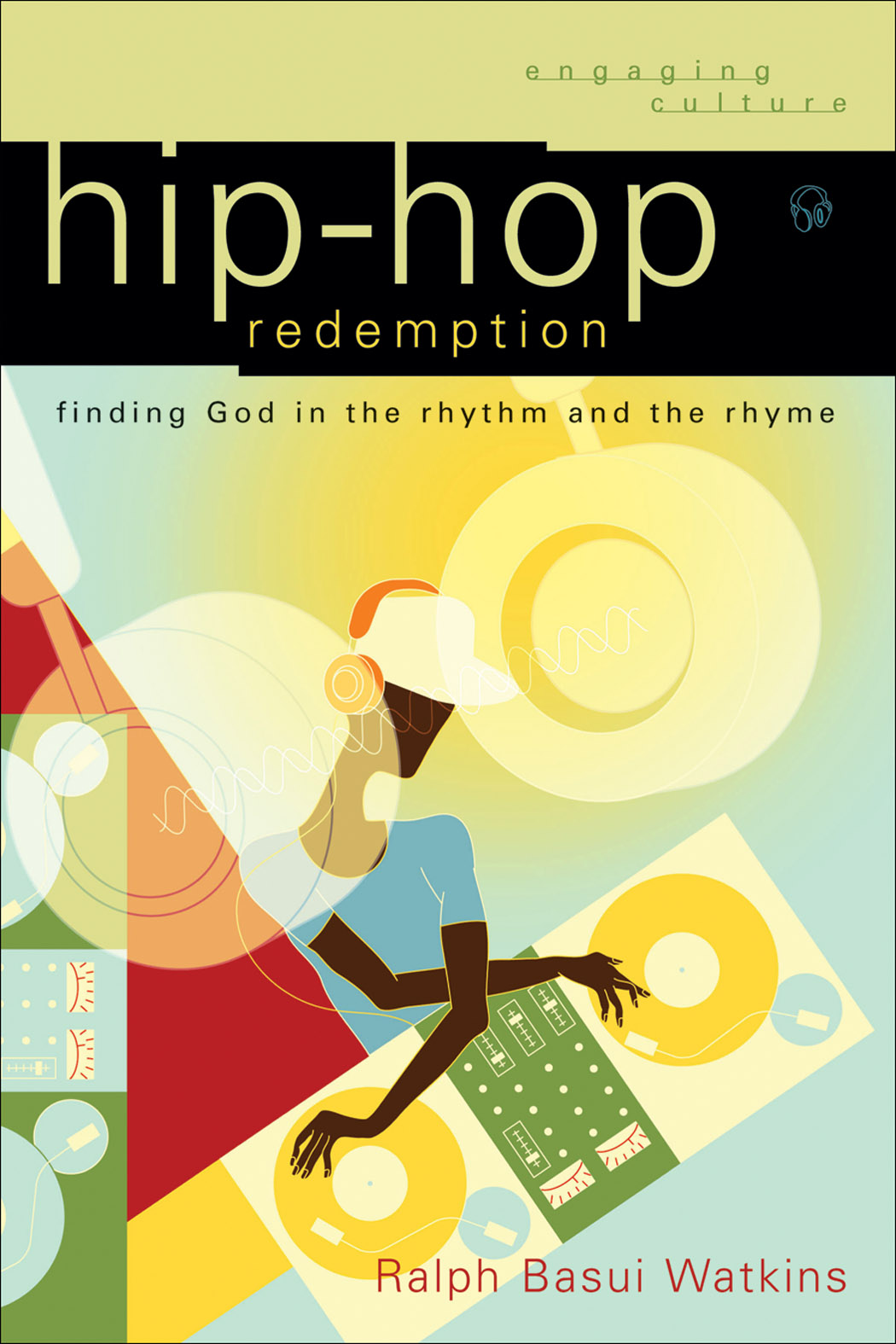 If your knowledge of hip-hop begins and ends with the “Jimmy Fallon and Justin Timberlake History of Rap,” then consider Hip-Hop Redemption your proper introduction. Ralph Basui Watkins tells the story of hip-hop, and this in an effort to “help you make evaluative judgments of hip-hop culture that are linked to biblical culture.”[xi] After a brief sketch of hip-hop’s early days, Watkins discusses themes shared by hip-hop and the Bible. For example, he considers lament in hip-hop and then in the book of Jeremiah. He writes of the unexpected truth in the rhymes of DMX, and even describes a systematic theology in hip-hop.

Watkins also addresses the obscenity and negativity in some hip-hop. Describing hip-hop as an art form, with a corresponding “hip-hop aesthetic,” he sees beauty and creativity despite moral objections. He explains: “If we start with an aesthetic frame to help us appreciate and understand the art of hip-hop culture, we can then move to a posture of more critical engagement without missing the artistic value and contribution of the culture.”[p. 73] We must look deeper to see how brokenness has caused artists to express themselves in violent and sexist ways. This does not mean that hip-hop is above critique, but it does mean realizing that many of the problems of hip-hop are symptoms of problems that go beyond hip-hop culture. For Watkins, one of the most effective critiques of hip-hop is Lauryn Hill’s hit album The Miseducation of Lauryn Hill. Because Hill is not only an insider to hip-hop, but an outsider as well, she is able to engage in a more effective dialogue, one in which she is critical of problems within hip-hop while still seeing its beauty, creativity, and truth.  As an introduction, I recommend this book.