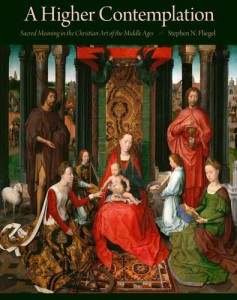 The first of these books is intended as an introduction to the symbolism employed in medieval art, and as such a considerable range is covered not only of medieval art but also that from earlier centuries. The author who is Curator of Medieval Art at the Cleveland Museum of Art is a very reliable guide, and almost every reader will learn something. For my part I had previously been unaware of the popularity of St John with nuns who saw in his role as the Beloved Disciple a model for their own betrothal to Christ. But perhaps the biggest surprise of the book is in the number of images that comes from the Curator’s own museum. Cleveland must count among the best galleries for medieval art in the United States.

Alexander Nagel’s work is quite different. He is developing a quite original thesis. Conventional accounts of the effect of the Renaissance on art tend to speak simply of an increasing naturalism and secularism that presages modern times. However, in recent years much more attention has been devoted to dissenting trends, particularly as these have been reflected in the influence of reforming groups known as the Spirituali, among them those associated with Michelangelo’s good friend, Vittoria Colonna. Nagel’s earlier book Michelangelo and the Reform of Art (Cambridge University Press, 2000) represented a more moderate version of such explorations which in some cases have turned Michelangelo in his later years into an implicit Lutheran. 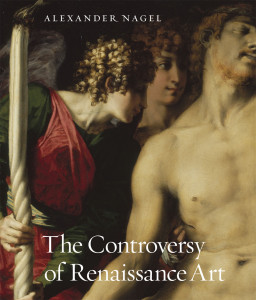 In the present work Nagel casts his net more widely. He portrays artists and churchmen exploring a range of possibilities in respect of the image. While a reformer like Savonarola attacked naturalism as a demeaning of the sacred and urged a return to the icon, some artists took such icons and explored how far their content could be treated as neutral in itself before obvious religious indicators were added. Leonardo’s Mona Lisa may even be a case in point. The writings of the fourth century writer Eusebius had given credence to the idea that statues of Christ already existed in the first century, and so provided a reason for sculptors to believe that they might after all be able to produce a work that was at once both classical and Christian, and for some Michelangelo’s Risen Christ in Santa Maria sopra Minerva fulfilled just such a role. But perhaps most fascinating of all is Nagel’s contention that those most committed to reform sought a focus on “sacred inaccessible things, not images,” with a centralized tabernacle substituting for earlier specific, usually Marian, images. This, he suggests, is what lay behind the structural changes that Bishop Giberti of Verona initiated in his cathedral in the 1530s, something that had been anticipated at Florence in the previous century and was to be taken up once more by the great reforming Bishop of Milan, Charles Borromeo, in the later sixteenth century. Nagel certainly demonstrates the danger of thinking of the Renaissance as one single uniform movement. Even so, the major role played by tabernacles also indicates that, however Christological the reformers were, they were still distinctly Catholic in their orientation.