The convergence between theology, imagination & the arts is an area that continues to inspire and initiate serious scholarship. In fact, it is the entire raison d’être of this journal, Transpositions, and provides the constituent materials for those scholars who comprise the Institute for Theology, Imagination & the Arts (ITIA) at the University of St Andrews. Thus, when a work of scholarship is produced by a prominent figure for both of these entities, it is received with immense and eager anticipation. 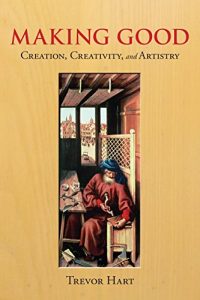 Two principle areas at the centre of these studies are the ways in which the imagination and theology interface with one another and the senses in which one is able to maintain that humans can ‘create’ works of poesis themselves (as distinct from the works of Creation proper). Trevor Hart has produced serious scholarship into both of these areas and has laid the foundations upon which further academic edifices may be constructed.[1] Yet, it is the latter area concerning human creation that concerns his most recent work, Making Good: Creation, Creativity, and Artistry (2014). As part of a larger project entitled, A Poetics of Redemption (which will reflect the shape of the Trinitarian drama of God’s engagement with the world as Christians understand it), this first volume focuses on situating ‘accounts of human “creativity”—in the arts and more broadly—within the theological context provided by a Christian account of God’s identity as Creator of heaven and earth.’ (ix).

The initial section of this work seeks to establish the theological and biblical justification for human creativity. Throughout Chapters 1-4, Hart argues that God’s creative activity demands both reception and response from the human side. As a result, human creative acts mediate God’s own creative activity (37) and become an extension of His work within Creation (42). Thus, he maintains that God puts himself willingly in a place where the ‘”creative” work of human hands is needed to complement that of his own if the unfinished project of creation is finally to come to fruition’ (83). These acts of human creation are manual (Ch.4), reflected in God’s fashioning of the material universe and his sovereign role as the ‘potter’ (Isaiah 29:16; Rom. 9:20-24), as well as verbal, exhibited in what Hart terms, performative utterances, which speaks things into existence, as indicated in the reiterated antiphon: ‘And God said . . .’ (Genesis 1:3, 6, 9, 11, 14, 20, 24, 26). Consequently, this binary foundation for divine creative poesis provides the impetus for painting and sculpting, as well as for the poetic word, both written and spoken. 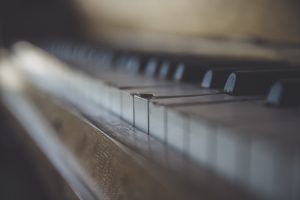 The larger section of the book takes an interdisciplinary approach in which Christian theology contributes one voice among many others and which seeks to allow these other voices to speak more prominently and on their own terms before responding in its turn. Thus, Hart engages with scholars and practitioners in philosophy, linguistics, art, poetry, history and literature to demonstrate the ways in which human creativity is demonstrated through all mediums of verbal and manual art, whether in sculptures, paintings, poetry, prose, performance art, etc. This form of artistic expression pervades all areas of human existence and expression (rather than distinct features of human culture exhibited in galleries, museums and auditoriums) and allows individuals to navigate carefully the fragile interface between matter and meaning.

As a result, ‘everybody is an artist—either good or bad, responsible or irresponsible’ and, for Hart, this means that all activity is a form of poesis.[2]

Moreover, the author traces the historical developments that took place within the realm of artistic expression in which the Renaissance artists strived to pursue a faithful exploration and representation of Nature through a mimesis that sought to make the world itself look and feel differently when viewed from the imaginative perspectives afforded by the medium (Ch. 9). Eventually, the modern shift in artistic theory deviated to the point where the subject became the object of artistic expression, resulting in the artists themselves calling forth something new and unprecedented into existence by appropriating ‘elements of the external world, and imposing form upon them in accordance with the dictates of the artistic will’ (197). Thus, producing a more Promethean, rather than Adamic, understanding of human creativity. 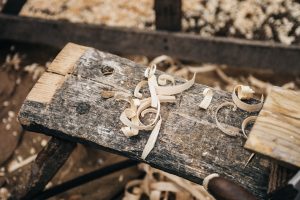 Yet, Hart concludes his work by clarifying the distinct, yet shared, responsibilities within the creature-Creator relationship that returns to a more Edenic understanding.  In contrast to any notions of ‘co-creation’, Hart prefers to draw upon J.R.R. Tolkien’s idea of ‘sub-creation’ as the proper descriptor of human creativity. The creature does not create ex nihilo but rather expresses free, creative expression in harmony with the overall theme already propounded by God, resulting in both a disposition and expression of doxology.   Therefore, these creaturely acts of sub-creation ‘are here contingent on a divine self-limitation that, paradoxically creates the conditions for that which pleases God’s heart and satisfies his desire the most—reciprocal acts of a “creative” sort, taking what God has given and offering it back enriched and enhanced in accordance with its original God-given store of possibility.’ (332). Consequently, for Hart, human creation contains an inherent and essential Christological and eschatological element within its telos.

Perhaps, in a quote that provides a summary of what this holistic and pervasive understanding of creativity entails, Hart remarks:

‘That the healing and completion of the world will not depend finally on my actions or yours is a vital inference of this theological vision; but that we are called, commanded even, to immerse ourselves fully in our own small part of the world and to do all that we can in every sphere of it to ‘make good’ the peculiar claims of faith concerning the world’s origin and promised end is an equally vital entailment. And it is, we should recall, precisely this world, and not some other, that will be taken up and made new by God in the fullness of time. And in that sense, nothing that we do, no choice that we make or action that we undertake in life, is wholly without eschatological consequence’. (329).

For those individuals familiar with Hart’s work in the areas of the theological imagination, the form and content of Making Good will exhibit the same strengths found in his earlier works.

Few scholars are able to draw upon and synthesize various levels of interdisciplinary scholarship to produce a coherent and compelling argument for the symbiotic role that theology, imagination and the arts play for the understanding of one another.

Thus, one finds contributions from diversified disciplines in the works of Karl Barth, T.F. Torrance, Ludwig Wittgenstein, Richard Kearney, Paul Riceour, George Steiner, John Ruskin and Dorothy L. Sayers, amongst many others. Furthermore, Hart structures his writing in a style and manner that is easy to follow and understand, clearly stating his thesis, adding pointers to future ideas yet to be conveyed and summarizing the ideas previously argued.

Of course, a work of this magnitude will certainly not be without its critics. In a world where criticism provides an opportunity for expression, there does not exist any form of scholarly work or popular artistic expression that satisfies the palates of every thinker. As a relatively young endeavour within theological and academic circles, the relationship between theology, imagination & the arts tends to produce equal amounts of both genuine curiosity and nervous trepidation concerning its message or method. As Hart warns in a humorous manner, ‘Readers who are allergic to the suggestion that the imaginative might have anything properly to do with Christian theology or the life of faith would be advised to put this book down now, before a nasty adverse reaction is triggered.’(3)

Yet, for those individuals who are indeed ‘willing to consider the matter in a spirit of generous conversation’ (x), similar to Beatrice in Dante’s, Divine Comedy, or George MacDonald in C.S. Lewis’s, The Great Divorce, one would be hard-pressed to find a better guide to navigate the various intricacies and elaborate network of theological and artistic understanding than the author himself.   As the co-founder and first Director of ITIA, Hart brings incisive academic and theological insight, combined with humility, levity and a profound depth of knowledge. I, for one, maintain a sense of great anticipation toward the continued foray into this important and necessary area of theological understanding as Hart continues to lead us throughout the further completion of this project.

[1] A review of Trevor Hart’s earlier work entitled, Between the Image and the Word: Theological Engagement with Imagination, Language and Literature (Ashgate, 2013) will be published in Transpositions during Spring 2017.
[2] Wendell Berry, The Art of the Commonplace: The Agrarian Essays of Wendell Berry (Berkeley, Cal: Counterpoint, 2002), 315; Hart, 153.