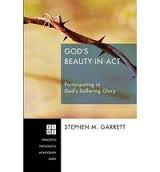 In this book based on his doctoral dissertation, Stephen M. Garrett, Lecturer of Public Theology and Philosophy of Religion at Lithuania University of Educational Sciences, addresses the omission of beauty in much of Protestant theological discourse. Protestant theology’s general reticence on beauty and the role of the theological imagination serves to “perpetuate the gap in our understanding of God, dehumanize humanity, and hinder Christian worship, witness, and wisdom” [196]. To correct this misguided course, Garrett makes the case that reintegrating beauty into the conversation will help the church and Christian theology face the double crisis identified by Moltmann: the crisis of relevance and identity [ix].

The text has a diptych structure. Panel One is comprised of two chapters. Chapter 1 unpacks the dismissal of beauty and the imagination in post-Enlightenment thought, briefly tracing the impact of some of the major players like Descartes, Kant, Locke, Nietzsche, and Derrida. In Chapter 2, the impact of Hans Urs von Balthasar on Garrett’s project becomes clear. Balthasar is Garrett’s primary conversation partner and, despite a few gentle (albeit important) critiques, he generally appropriates Balthasar’s proposal of the efficacy of God’s glory in drawing the perceiver into the redemptive drama of God.

The focus of Chapter 3, the hinge of the diptych, is the development of “a relevant biblical motif through the thematic partnering of the Suffering Servant in Jeremiah” and a more thorough exposition of Col 1-2:5 [128].

Panel Two also includes two chapters. In the chapter 4, Garrett unpacks his Trinitarian conception of Beauty by engaging with several key issues in theological aesthetics including the tension of how the Impassible suffers as well as the objectivity and subjectivity of God’s beauty. Chapter 5 is where Garrett develops his argument for the God’s Beauty-in-act, that is, Jesus’ redemptive-creative suffering and subsequent resurrection as the nexus for theology and ethics. The beauty of God draws properly “perceiving subjects [e.g. those with the eyes of faith] out of themselves and into God’s drama of redemption…” [168].

There are a few critiques worth mentioning. First, he bites off more than he could chew in 200 pages. This hinders the strength of his argument in that several assertions were left underdeveloped. One example is his discussion of God’s emotive life. Garrett rightly rejects Balthasar’s divine eternal kenosis theory, and yet his attempt to solve the tension of how an impassible God suffers by differentiating between passiones and affectiones is not compelling [157-160]. It is not clear how this would satisfy the relational theists to whom he is responding throughout the text. Among their chief critiques is that Greek philosophy has been smuggled into Christian theology. I suspect his relational theist “opponents” would be suspicious of his approach as simply being a product of Augustine’s neo-Platonism – simply more smuggling of philosophical concepts into Christian theology. In his attempt to “bring a measure of perspicuity to divine impassibility,” he glosses over in a few short pages what requires more attention to substantiate satisfactorily.

A second critique pertains to Garrett’s conflation of glory and beauty, most clearly evidenced in his interpretation of 2 Cor. 3.18: “And we all, with unveiled face, beholding the glory of the Lord, are being transformed into the same image from one degree of glory to another.”  While it’s true that beauty is closely linked to God’s glory, I’m not sure the “glory” and “beauty” are quite so interchangeable as he understand them to be. For instance, referring to this verse he writes, “as we behold God’s beauty, we are transformed by the Holy Spirit into Christ’s likeness with an ever-increasing beauty (2 Cor 3:18)” [187]. If beauty is equated with or interchangeable with glory, is the same true of the other transcendentals? Of holiness? It seems sufficient to say simply that God’s beauty is communicative of his glory without going so far as to equate or conflate the two.

Despite these weaknesses, there is much to laud. The first is his Trinitarian approach to God’s beauty, which fortifies the notion that theology and ethics are distinct but inseparable. Garrett defines beauty as “the attunement or fittingness of the incarnate Son’s actions in the Spirit to the Father’s will that radiates the splendor of God’s triune love” [132]. Beauty is the concordance of Jesus’ existence and mission. From here he argues that “the incarnate Son, as the expression of God’s beauty, makes God’s beauty perceptible, for he is the form or image of the invisible God. The Holy Spirit, as the impression of God’s beauty, communicates and affects the splendor of God’s beauty in the cosmos and the church…” and it is the Spirit which transforms the perceiver and draws her onto the stage as an actor in God’s redemptive activity [144].

Garrett’s treatment of the integral role of the imagination is also commendable. “The imagination is transformed by our participation in the beauty of God’s life expressed in incarnate Beauty and impressed by the Beautifier” [164]. As one practices the call-response pattern inherent to participating in God’s beauty, she trains her imagination to respond wisely to new situations. Garrett offers jazz as a fitting analogy. As with improvisation in jazz, the Christian responds to the call of beauty having been formed by cultivating the practices fundamental to the Christian life. Thus, Garrett contends that in response to new situations in our daily lives, “we seek beautiful improvisations on the Word in the Spirit that are faithful to the dramatic movements of God’s triune life…” [193].

The value of this text is not the new content generated but the connections he makes, especially for readers of Protestant theology, in terms of the interrelatedness of the doctrine of God, theological aesthetics, and theological ethics. Though Garrett may overstate (or under-develop) his case at times, readers interested in “the dissolution of the partition between scholar and saint” will find this book helpful [79].

8
Facebook Twitter Pinterest
LinkedIn Email
Written By
Kevin Antlitz
More from Kevin Antlitz
when any mortal(even the most odd) can justify the ways of...
Read More