Perhaps this ‘review’ should begin with an apology. It is unusual for the Reviews Editor to write about a primary text, a pop album, as this space is often devoted to new academic works, of which there are many. However, an album such as Lemonade is arguably one of the most important theological releases of this year, bearing in mind its broad popular appeal and insightful probing of ubiquitous, religiously-tinged themes in everyday life. Perhaps it is a little late to publish a review of an album which has already captivated so many, so much, earlier this year. It has even been given a theological review already, in which Ella Johnson describes it as ‘a freshly squeezed think piece that artfully combines music, theology and justice’, through its explicit reference to themes of race, gender, forgiveness and redemption. [1] Yet I believe that a significant theological undertone of Lemonade remains to be explored.

Released in April 2016, the album traces a crisis depicted in a marriage which we are encouraged, through self-reference in names and appearance in the visual album, and through media attention, to interpret as referring autobiographically to Beyoncé Knowles Carter, its creator, and her husband Jay Z. It is a depiction layered in musical quotation; a socially transformative piece in the field of black and women’s rights; a masterfully catchy piece of PR from pop’s biggest couple, with an ending that is profound in its muted sense of hope for healing. To an extent, as Johnson has also shown, theological themes are difficult to miss: in the video, God is mentioned explicitly as one older woman’s sole source of strength; the mood innate to the genre of gospel music sets a prominent tone to the story’s end. The expansive commentary which can be gained from watching the visual version of the album concludes with a run of headings, describing moods and phases titled after a Christian experience: Reformation, Forgiveness, Hope, Resurrection, Redemption. 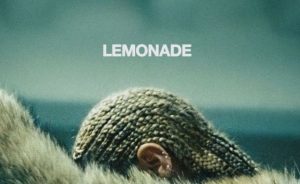 However, perhaps especially in the audio version, without this added explanation of the strengthening force of cultural and family history impacting on and normalising her marital compromise, there are some pressing inconsistencies in the album. After launching an extremely serious, powerful criticism of the way she has been treated, is there really a freedom for this supposed feminist in returning to her traditional marriage? There is a transgressive, even bitter undercurrent that runs brazenly alongside the singer’s bold evocation of Christian themes. To a large extent they are simply part of a musical, cultural language, which we should understand as fairly neutral. Yet the profanity and blasphemy might also be deliberately cultivated to shock, reflecting a tone which is both available and recurrent in everyday relationships. It is therefore somewhat costly for theologians to accept this music with open arms as, in its way, canonical and kosher.

The least palatable song of the album is also the most theologically loaded. It begins with a barrage of aggression, both verbal and sonic: ‘Who the f**k do you think I am?… You aint married to some average b**ch, boy’. After violently defending her own status, expressing disgust at the way in which she has been treated, and slinging various vague yet palpable threats, it is in the song’s chorus where the voice iterates the central point: ‘If you hurt me, you hurt yourself’. The violent gestures performed during this part of the video leads to the suggestion that the message promises retaliation: if you hurt me, I will hurt you (with my baseball bat). However, surely the natural syntax of the phrase implies not a threat, but a fact of life: by hurting his wife, a husband cannot help but hurt himself. If this is the case, a high and sacramental view of marriage might be seen as core to the album:

Therefore a man shall leave his father and his mother and hold fast to his wife, and they shall become one flesh. [2]

Beyoncé then goes further in her reference to Christian theology, explosively bringing a third person in on this marital equation: ‘If you love me, you love yourself… love God herself’. Yet even this identification of the self with God may be accounted for, somewhat. Ephesians 5 draws up a sacramental connection between Christ’s relationship with the Church, and the way in which a husband should treat his wife (as Christ does, with self-sacrifice). In such a light, the loving husband comes to represent Christ (God); why not, then, might the woman be seen with a similar sacredness? With this in mind, the singsong disclaimer imposed on this line during the video – ‘God is God and I am not’ – might be seen as an expression of exasperation, at those who are too blind to the possibility that these songs burn for a surprisingly devout core, wrapped in brightly expressive, heterodox garments as they most proudly are.

As marriage is sacred, perhaps it does not come as too much of a surprise that the climax of the album is in the singer’s return to love, amid many doubts.

In ‘All Night’ the singer is shown to be a visionary, able to see through to the husband’s soul: ‘I found the truth beneath your lies’. Growling at a mighty pitch, Beyoncé calls the wounded man to ‘Trade your broken wings for mine’ – for in her there is strength enough. As with making lemonade out of lemons, sadness and wounds prove to be a way of turning around, in a way which resembles recognition of sin bringing about repentance and liberation: ‘My torturer became my remedy’. At the same time, the supreme power of love also stands alone, elevated. The line ‘my love’s too pure to watch it chip away’ makes Beyoncé stand, goddess like, as the individual with mystic redemptive power. However, in an overall context of wisdom, it is ‘true love’ that ‘They say’ is

the greatest weapon
To end the war caused by pain.

These lines surely bear an affinity with the conclusion of the biblical Song of Songs, in which ‘love’ and ‘jealousy’ are said to be as strong as death, and the grave (Song of Songs 8.6).

Indeed, it does not seem too fanciful to draw more extensive parallels between Beyoncé and this poem’s powerful, creative female lead, who goes on a vivid, dreamlike night quest after her absent spouse. Beyoncé’s first question is about her husband’s disappearance – ‘Where do you go when you go quiet?’. While, in Song of Songs, the man is never said to do anything wrong (it is common to interpret the poem as an allegory, the Bridegroom representing God), his absence causes wounds to the woman. Much of the text meditates on the themes of chastity and devotion, even when longing and absence serve as obstacles. As in many other biblical books, marriage is sometimes made even more perfect overcoming wounds; faithfulness, after forgiveness, looking brighter up against its foil.

It still seems suitably blasphemous to draw up this kind of likeness. The middle of the album demonstrates a grotesque warping of the sacrament of marriage. My comparison is also, certainly, not designed to undermine the terrible reality of estrangement, neglect and even abuse in marriages: these cannot be smoothed out under this line. Yet Song of Songs suggests that even devoted love contains within it, by definition perhaps, the possibility of blasphemy. If Beyoncé makes reference to this text, as I suggest, the implications are profound. Rightly or wrongly, marriage is ever-sacred, and if not, sacrilegious; but in this sacrilege, there is always the possibility of return.