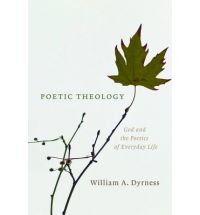 Anders Nygren famously declared that the central Reformed insight was the utterly incommensurate relationship between eros – the dynamic of man’s impulse of desire, and agape – the dynamic of God’s impulse to reach out to man, in Christian faith and theology. William Dyrness’ agenda in his latest book is to reconcile these two dynamics in a contemporary Christian spirituality that would remain centered in Reformed convictions but rehabilitate it with resources from pre-Reformed theology and spirituality. Dyrness pursues this agenda in two basic directions. The first is a theological analysis of culture in which Dyrness explores “various aesthetic, recreational, and even political causes” which Dryness argues function for many as devotional practices, ways of expressing a “natural devotion” and forms of contemplation. The second is an analysis of the aesthetic latent within Protestantism that both helps and inhibits faithful living and witness to the Gospel.

Dyrness argues that the perennial human desire for beauty and meaningfulness reflect aspirations that are ultimately for God. Citing the evidence of seemingly prosaic activities like sports and crafts, Dyrness argues that one finds in them expressions of spiritual desire, “movements of the soul,”  that warrant theological reflection for both apologetic and hermeneutical reasons. According to Dyrness, Christians must learn again to read human culture through the lens of Scripture and Scripture through the lens of what he frequently refers to as “cultural wisdom.” Central to Dyrness’ theology of culture is the conviction that God is implicitly present within human culture whereby through His “redemptive work in Christ and by the Spirit” God is active “nurturing, calling, and drawing all persons – and indeed, all creation – towards the perfection God intends for them” [6]. Thus begins Dyrness’ frequent recourse to what is not typical of Protestant spirituality, namely of greater continuity than discontinuity between the realms of nature and grace, of God beyond the bounds of the “ordinary means of grace,” and of God’s grace perfecting nature, as opposed to converting or overcoming nature.

Dyrness’ concern for Protestant spirituality, and especially for the evangelical descendants of the Reformation with whom he identifies and seems to write primarily for, is that they have inherited a style of faith which, however inadvertently, inhibits their capacity to appreciate and appropriate the value of symbolism and of the spiritual value of place and space, leaving their spiritual imaginations flattened, lacking in a “multileveled perspective.” Dyrness’ prescription is for a renewal of a theologia poetica, a poetic theology that takes seriously creative making (poesis) as well as creative doing (praxis) as means of discerning – contemplating – the traces of God’s presence in the world. Dyrness writes:

The hunger for contemplation is deeply human and is nothing new, but it has grown in our lives into an inescapable and universal longing, whether fed by the quest for self-discovery, for the ultimate patterns of reality, or for an encounter with God. But what is an opportunity for false quests and imagined eternities is also a chance to pursue genuine spiritual growth, to find spiritual direction and discover living communities in which to pursue personal experiences of the sacred. What people long for in this rediscovery of the sacramental is the experience of contemplation and through this, to know and feel the love of God [201].

Dyrness explores the ideological roots of the “post-Romantic” sensibilities he finds in contemporary culture with its openness toward the symbolic and the spiritual, as well as the Protestant awkwardness toward these very things. The exploration is masterful in its brevity and is highlighted by an impressive dialogue between the work of Dante and Bunyan. For Dyrness, the points of comparison and contrast between the substance and styles of the Divine Comedy and Pilgrim’s Progress showcase fundamental aspects of pre-Reformation and Reformed aesthetics and spiritualities. It is, in Dyrness’ view, a difference between an aesthetic and spirituality centred on seeing and one centred on reading (and by implication, hearing). Dyrness’ book requires, however, great strides of generalization in arriving at this point, the goal of which is to facilitate an integrative spirituality that encompasses both seeing and reading (and, by extension, contemplation and action) as ways of “participating” in God and His creative and redemptive purposes. For Dyrness, such “participation” requires the dynamics of eros and agape, and poetic theology is where these can meet and mutually inform each other.

Dyrness’ agenda in the book is to recover and renew a Protestant style of spirituality that more closely reflects the aesthetic of Biblical discourse and is capable of rendering a more effective witness to the “post-Romantic” sensibilities of contemporary society. His method involves historical investigation, but the result is an eclectic proposal that affirms at many points what became Roman Catholic spirituality while eschewing its philosophical basis. Catholic theology remains ontologically oriented, which informs and sponsors its contemplative spiritualities, while Protestantism remains epistemologically oriented, seeking to know the “story” behind things and engendering its characteristically activist style of spirituality. These two orientations can be brought nearer in dialogue and mutual edification, but they remain quite different. This, in part, is why whenever an evangelical gains symbolic capacities, historical consciousness, becomes weary of re-inventing theological wheels and dried-out by Protestant ways of worship, they head toward Catholicism or Orthodoxy. Dyrness’ agenda is not about stemming that tide, but it might stop some of that flow, or, inadvertently, get some thinking in such ways as to add to it.

One should also note the remarkable convergence between Dyrness’ project and that of David Brown here at St. Andrews (i.e. God and the Enchantment of Place: Reclaiming Human Experience, OUP, 2004). Dyrness evinces no knowledge of Brown’s work, but both share a very similar analysis of contemporary society and its desire for the “re-enchantment” of everyday life, as Brown characterizes it, a positive regard for what Brown calls “natural religion,” of a rehabilitation and expansion of the concept of the sacramental, and a theological account of God’s implicit presence in and through human arts and culture.

It’s certainly a strange phenomenon that all artists, poets, musicians, painters are unfortunate in the material sense — even the happy ones…That rakes up…