Tuesday, November 4, 2008 was a monumental day. It was the day America elected Barack Obama as the first African-American President of the United States. In response to the election of our first black President, a few prominent voices in American culture naively heralded this major inflection point in history as a marker demonstrating America as a post-racial society. Others, more qualified in their assessment, cautiously claimed that while it’s too early to say America is colorblind it may be fair to say we’re ‘color blurred.’ [1]

Two election cycles later, such perceptions of color blurredness (let alone colorblindness) blur the line between rosy and ridiculous/don’t just seem overly rosy, they seem ridiculous. If the events over the past few years – tragedies like the slaying of Michael Brown in Ferguson, Missouri; the slaughter of nine churchgoers at the Emanuel AME church in Charleston, South Carolina; or the killing of five police officers in Dallas, Texas – reveal anything, it’s that America is not a post-racial society. Hand-in-hand, fear, mistrust and violence prowl around city streets and suburban cul-de-sacs such that race relations are at their lowest level since the L.A. Riots of 1992 during the Rodney King trial.[2] The fact is that America has a race problem. There’s nothing new under the American sun.

In the midst of all this, the drummer of famed hip hop group The Roots issued a challenge to artists. Nearly two years ago, in response to a series of grand jury decisions not to indict the police officers responsible for the deaths of Mike Brown or Eric Garner, Questlove wrote this: 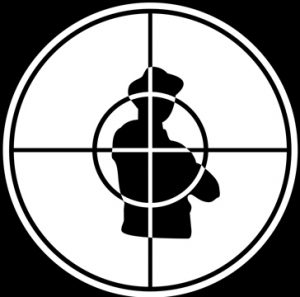 I urge and challenge musicians and artists alike to push themselves to be a voice of the times that we live in… although I’m kinda/sorta addressing the hip hop nation I really apply this challenge to ALL artists. We need new Dylans. New Public Enemys. New Simones. New De La Roachas. New ideas!…I’m not saying every song gotta be ‘Fight The Power’…[We need] real stories. Real narratives. Songs with spirit in them. Songs with solutions. Songs with questions. Protest songs don’t have to be boring or non danceable or ready made for the next Olympics. They just have to speak truth…Seriously just ONE or Two songs that change the course. [3]

Questlove isn’t calling for anything new. There’s a long legacy of this kind of music, especially in hip hop. Powerful examples span the decades including: Public Enemy’s “Fight the Power,” KRS-One’s “Sound of Da Police,” 2Pac’s “Changes” and Lupe Fiasco’s “Words I Never Said” (not to mention N.W.A., Killer Mike and many others). Soberingly, the issues rapped about decades ago are not very different from today. They’re calling attention to the same lamentable problems: things like police brutality, mass incarceration, broken school systems, etc.

Nevertheless, new protest songs are needed for every generation if we hope to make any progress. Questlove rightly understands the power of music to change the course of history. He’s not alone in his thinking. He’s making a similar point that Scottish politician Andrew Fletcher made over 300 years ago. In a political pamphlet published in 1704, Fletcher wrote: ‘If a man were permitted to make all the songs, he need not care who should make the laws of a nation. And we find that most of the ancient legislators thought they could not well reform the manners of any city without the help of a lyric, and sometimes a dramatic poet.’ [4] This can be paraphrased as: ‘Let me write the songs of a nation – I don’t care who writes its laws.’ Change will come from the poets first, not the politicians.

Protest music that speaks truth to power is not alone sufficient to solve such complex problems as systemic racism in America, but it is necessary. Over the past couple years we’ve seen several artists rise to Questlove’s challenge, creating good, powerful music that incorporates themes around racial injustice. Some of these include D’Angelo’s ‘Black Messiah’ (2015); Kendrick Lamar’s ‘To Pimp a Butterfly’ (2015); Lecrae’s ‘Anomaly’ (2015) and ‘Church Clothes 3’ (2016); Sho Baraka’s ‘The Narrative’ (2016); and Common’s ‘Black American Again’ (2016).

The goal of these exceptional artists is to make good music (which they do) and part of how that is expressed is aiming at moving the needle of racial injustice in America so that those who have historically been oppressed might actually have the opportunity to flourish. These artists are intentionally, self-consciously doing this. One need only watch Kendrick Lamar’s performance of ‘The Blacker the Berry’ at the 2016 Grammys to see it.

They’re writing and performing music to have an impact on American society. Lyrics from one of the songs off Sho Baraka’s latest album captures it perfectly: ‘DJ play this song, play this song, DJ, maybe we can change the world.'[5] Music has the capacity to change the world, to ‘shift the paradigm with a pair of rhymes,’ if only we would listen.[6]

We could consider several examples but I want to highlight one in particular as a case in point: Common’s performance of ‘Black America Again’ on The Tonight Show. In this staggeringly powerful performance, Common is accompanied by Questlove and The Roots. Here is an excerpt from the first verse:

‘Here we go, here, here we go again
Trayvon’ll never get to be an older man
Black children, they childhood stole from them
Robbed of our names and our language, stole again
Who stole the soul from black folk?
Same man that stole the lamb from cheap black smoke
And made the whip crackle on our back slow
And made us go through the back door
And raffle black bodies on the slave blocks
Now we slave to the blocks, on ’em we spray shots
Leaving our own to lay in a box
Black mothers’ stomachs stay in a knot
We kill each other, it’s part of the plot
I wish the hating would stop (war)
And the battle with us
I know that black lives matter and they matter to us
These are the things we gotta discuss
The new plantation: mass incarceration
Instead of educate, they’d rather convict the kids
As dirty as the water in Flint, the system is
Is it a felony or a misdemeanor
Maria Sharapova making more than Serena?'[7] 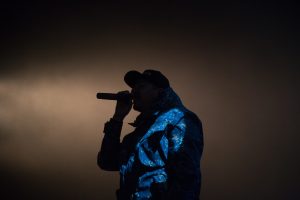 To rewrite the story – shaping the trajectory of the narrative moving forward – requires telling the full story of American history, without glossing over the most shameful and evil dynamics of racial injustice and gross indifference. Bryan Stevenson of the Equal Justice Initiative, argues that there is a gulf between black and white memory in terms of racial injustice in American history. Until we close the gap between black and white memory, that is, until America acknowledges the skeletons of black bodies in its closet, and has a consciousness of the systemic problems of racial injustice, the nation cannot move ahead. [8] Until we inhabit a shared perception of the narrative, history will continue to repeat itself.

The question then becomes: what should I do now? Alasdair MacIntyre famously wrote that ‘I can only answer the question “What am I to do?” if I can answer the prior question ‘Of what story or stories do I find myself a part?”‘[9] Allowing the brilliance of these American lyrical poets to illuminate our dark past is a great place to continue exploring the story we find ourselves a part.[10] Only when we face and own the full story of America can we respond with fitting action.

Of course, listening to (and writing about) these hip hop albums is not enough. Lupe Fiasco warns against of this line of thinking: ‘Complain about the gloom but when’d you pick a broom up?  / Just listening to Pac ain’t gone make it stop  / A rebel in your thoughts, ain’t gon’ make it halt  / If you don’t become an actor you’ll never be a factor.'[11] Neither can we allow the shame of our past and fear or missteps paralyze us into silence and inaction. Again, we do well to heed Lupe Fiasco who said: ‘I think that all the silence is worse than all the violence.'[12] The one thing we cannot do is nothing.

Many steps must be taken and all will not chart the same course but listening seems like the right first step. Perhaps America only has a shot if we actually listen to these songs and maybe, just maybe, they can change the world.

[1] Daniel Schorr, ‘A New, “Post-Racial Political Era in America”,’ on All Things Considered, 28 January 2008, http://www.npr.org/templates/story/story.php?storyId=18489466
[2] Giovanni Russonello, ‘Race Relations Are at Lowest Point in Obama Presidency, Poll Finds,’ The New York Times, 13 July 2016, http://www.nytimes.com/2016/07/14/us/most-americans-hold-grim-view-of-race-relations-poll-finds.html?_r=0.
[3] Questlove, Instagram post, https://www.instagram.com/p/wMVJ3AQa8p/)
[4] Andrew Fletcher, ‘An Account of a Conversation Concerning a Right Regulation of Governments for the Common Good of Mankind: In a Letter to the Marquiss of Montrose, the Earls of Rothes, Roxburg and Haddington From London the first of December, 1703′ in Andrew Fletcher: Political Works, (Cambridge: Cambridge University Press, 1997), 179.
[5] Sho Baraka, ’30 & Up, 1986,’ on The Narrative (2016).
[6] Common, ‘Pyramids,’ on Black America Again (2016).
[7] Common, ‘Black America Again,’ on Black America Again (2016).
[8] ‘Bryan Stevenson Talks to David Remnick About the Legacy of Racial Terror,’ on The New Yorker podcast, http://www.newyorker.com/podcast/political-scene/bryan-stevenson-talks-to-david-remnick-about-the-legacy-of-racial-terror
[9] Alasdair MacIntyre, After Virtue: A Study in Moral Theory, 2nd ed. (Notre Dame: University of Notre Dame Press, 1984), 216.
[10] Anthology of Rap, eds. Adam Bradley and Andrew DuBois with afterwords by Common and Chuck D, (New Haven: Yale Universtiy Press, 2010), xxix. This anthology recounts the history of rap as lyric poetry.
[11] Lupe Fiasco, ‘Words I Never Said,’ on Lasers (2011). See also Sho Baraka’s ‘Maybe Both, 1865’ where he directly criticizes ‘liberals’ and ‘intellectuals’ who do a lot of wheel spinning without making any helpful contribution.
[12] ibid. This line is very similar to MLK’s feelings toward the white moderate in his ‘Letter from Birmingham Jail’ where he writes ‘I have almost reached the regrettable conclusion that the Negro’s great stumbling block in his stride toward freedom is not the White Citizen’s Counciler or the Ku Klux Klanner, but the white moderate.’

One may be forgiven for questioning the theological value of art festivals; after all, they can be known for their unbridled commerce and questionable…