As anyone who did their English reading in high school knows, appreciably racist fiction is very common. Jews are greasy theatre owners in Oscar Wilde’s works, and the Congolese are helpless savages in Joseph Conrad’s. But a rarer discovery is an intrinsically  racist story—one in which prejudice is a primary driver of the narrative project. H.P. Lovecraft, whose 130th birthday was this past 20th August, wrote stories that fit into this rarer category: they are a delicacy of bigotry. In ‘The Call of Cthulhu,’ biracial sailors are repeatedly referred to as ‘mongrels.’ In ‘The Horror at Red Hook,’ an Irish-American detective laments his assignment to a beat in a New York neighborhood where ‘Syrian, Spanish, Italian, and negro elements’ compete for space, ‘swarthy,’ and ‘sin-pitted.’ 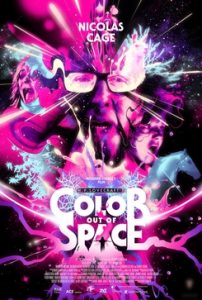 Unfailingly, Lovecraft links the non-white elements of society to the fanatical cults which threaten to dismantle the world in his Cthulhu Mythos stories and, unswervingly, he casts the WASPier elements as saviours. This intrinsic racism is an aspect of Lovecraft’s work that, in a critical culture quite ready to dismantle even passively bigoted artists, makes his rising popularity baffling. Lovecraft is rapidly becoming one of the most publicly embraced and cinematically adapted classic authors in our era. Last year, Richard Stanley directed a film based on Lovecraft’s story ‘The Color Out of Space,’ staring Nicholas Cage. In 2005, the Lovecraft Historical Society funded a surprisingly palatable black-and-white silent film adaptation of ‘The Call of Cthulhu,’ and it is more than arguable that Ridley Scott’s baleful 2012 film Prometheus  was a sort of semi-conscious adaptation of Lovecraft’s masterwork At the Mountains of Madness, a movie made all the worse because its production denied Guillermo del Toro the chance to make a more explicit and far more promising adaptation.[1]

Of course, each of these adaptations quietly sets aside Lovecraft’s racism. The only really notable exception to the general sweeping of Lovecraft’s racism under the rug is Matt Ruff’s 2016 novel Lovecraft Country, which has been produced into a 2020 HBO TV series by Jordan Peele, and which artfully and purposefully conflates Lovecraft’s ‘cosmic horror’ with the terrors of Jim Crow America. But this sober engagement with the racist trends in Lovecraft remains the exception to the rule.

Perhaps modern directors are so willing to grimace and shrug their way through the bigotry of Lovecraft’s work because the ‘cosmic horror’ it pioneered is so fascinating. His invention of cosmic horror was that rarest of things, a genuine innovation in literature. Before Lovecraft, most horror stories that dealt with the monstrous, whether realistic or fantastic, depicted forces that threatened to undermine the fundamental light and life of human society. In works by Bram Stoker, Robert Louis Stevenson, and Edgar Allan Poe, for instance, the murderers, madmen, banshees, and vampires are frightening because they chip away at the firm edifice of human values.

Perhaps modern directors are so willing to grimace and shrug their way through the bigotry of Lovecraft’s work because the ‘cosmic horror’ it pioneered is so fascinating.

But Lovecraft’s ‘weird tales’ are founded on the assumption that the edifice is a façade—that human culture, and the faith, science, and reason upon which that culture was built are exceptions—tiny blips in an utterly indifferent and incomprehensible universe. As Lovecraft wrote in a 1929 letter to James F. Morton, ‘…I am not a pessimist but an indifferentist…I don’t make the mistake of thinking that the…cosmos…gives a damn one way or the other about the…welfare of mosquitoes, rats, lice, dogs, men, horses…or other forms of biological energy.’ Unpalatable as Lovecraft’s ‘Indifferentism’ might be, it makes for fascinating horror reading. The Antarctic explorers in At the Mountains of Madness and the scholars of ‘The Dunwich Horror’ suffer permanent psychological damage from their adventures, not because they encounter aberrations in the earth’s dark corners but because they realize that, on the universal scale, they are the aberrations.

That horror is conveyed through the eyes of narrators that are unfailingly sensitive sorts—Lovecraft was not smart enough to create a stupid protagonist—who pry open the locked doors of the universe not with metal bars but with fountain pens. They are architecture enthusiasts, antiquarians, poets, and scholars. Lovecraft’s own deep-but-narrow knowledge in these fields is on full display in his stories and, reading them, a nagging question inevitably surfaces, like muck in a sock pot: Surely, if someone believes that deep reality is indifferent to human development, that person would have the good sense to realise that the genetic differences between two humans are nothing to get fussy about? That this is not so is worth considering, in case the correlation between Lovecraft’s philosophy and his racism turns out to be causation.

the scholars of ‘The Dunwich Horror’ suffer permanent psychological damage from their adventures, not because they encounter aberrations in the earth’s dark corners but because they realize that, on the universal scale, they are the aberrations.

Unfortunately, reaching a conclusion about cause and effect in Lovecraft’s work would depend on his thinking being logical—and bigotry never really is. But we can turn to Lovecraft’s tertiary writing for some answers about the roots of his thinking. Conveniently enough, he once wrote an ugly little essay called ‘At the Root.’ The essay is about how to achieve order in human society. In it, he criticizes the western world’s recent tendency to ‘fallaciously’ assume that it could conduct its ‘international or inter-racial relations on a basis of reason and good-will,’ and insists that the ‘most civilised part of the world, including our own Anglo-Saxondom,’ should never relax its ‘military vigilance.’ ‘The sole ultimate factor in human decisions,’ he concludes, ‘is physical force.’ It is an argument as old as time, old as imperialism, old as prejudice itself: the master race must keep a tight grip on the ‘brute elements’ so the world doesn’t go to pot.

Lovecraft’s fiction does not simply accept these ideas, it builds its world around them. The Louisiana cultists in ‘The Call of Cthulhu,’ lurk in a region ‘…of traditionally evil repute, substantially unknown and untraversed by white men.’ But no expression of Lovecraft’s views is as bald as a side comment in The Shadow Over Innsmouth where, when a young man asks a local why the people of Newburyport, Massachusetts dislike the citizens of the fishing town of Innsmouth, he gets the reply: ‘…the real thing behind the way folks feel is simply race prejudice—and I don’t say I’m blaming those that hold it. I hate those Innsmouth folks myself,’ as if ‘race prejudice’ were as blameless and natural as the fight-or-flight response or the gag reflex. These prejudices are healthy instincts in Lovecraft’s work, and unfailingly point his protagonists in the right direction. Ask a few questions of a dark-skinned man in a Lovecraft story, and you will either get cursed in a ‘blasphemous dialect’ or end up ritually sacrificed to inter-dimensional lampreys. Whatever virtues his work can boast, it is built on these fetid, boggy foundations. Unfettered in his ability to imagine the universe’s horrors, his empathetic imagination was shamefully limited.

This limitedness appears to arise from the fact that his ‘indifference’ to human affairs was really only a veiled misanthropy. His ‘scientific’ mind did not draw a sense of equal value from its cosmic perspective, but only a sense of equal futility. In that vacuum of meaning, he clung to the crudest, tribalistic value structure imaginable: that of competition between races. That he dressed up his misogyny in a cravat does not matter at all. A man who can discuss bas-reliefs with finesse is still scum if he can only discuss Africa with distaste.

his ‘indifference’ to human affairs was really only a veiled misanthropy.

If anything, Lovecraft should continue to be read and studied as an example of the creeping tendency of nasty ideas to entwine their roots with decent fictions, and suck the vitality out of it. The nastiness did not really affect the quality of his sentences, which are formulaic even at their best, but rather the power of his plots, which tend to reduce the conflict between man and the universe to a conflict between white man and his non-white neighbours. It is a tired place for such a promising premise to take us but, perhaps, an inevitable one. As Chesterton wrote, even in a very scientifically advanced age, ‘Moral progress must still be made morally;’[2] the inference being that a ‘purely scientific’ morality will probably, on analysis, be found to lack any moral element at all.

[2] G. K. Chesterton, ‘The Efficiency of the Police,’ in The Illustrated London News (April 1, 1922), The Society of Gilbert Keith Chesterton, accessed 26 January, 2021, https://www.chesterton.org/the-prophet/the-efficiency-of-the-police/.