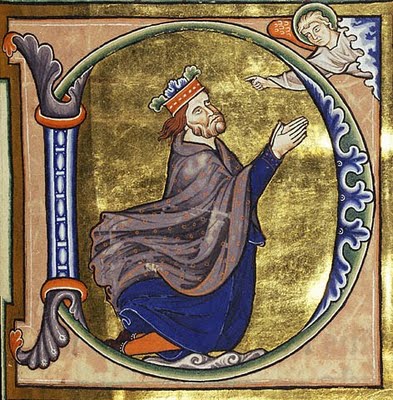 “The dreadful thing about so much theology is that, in relation to the reality of the human situation, it is so superficial. Theological categories (really mere theological formulae) are ‘armed without sufficient depth of understanding insensitively misunderstood. Theologians need therefore to stand under the judgments of the insights of literature before they can speak with true theological force of, and to, the world this literature reflects and illuminates. – David Jenkins** (my emphasis).

The (inter)disciplines of literature and religion and literature and theology operate in the margins of the single disciplines. Like a third culture child they sometimes struggle to feel at home in the primary disciplines as much as the interdisciplinary field struggles to achieve legitimacy and acceptance even though it is a construct of some 40 years of scholarship.

Some Theologians claim that Literature and Theology is watered down theology, and within the discrete academy of Literature Scholars, Literature and Religion and Literature and Theology occupy niches such that they are almost archaic, and are therefore often readily dismissed as passé. The problem in the latter situation lies in the examples of badly done Theology in the discussion of literature which is at its simplest are badly done literary criticism. Admittedly the increasing biblical illiteracy among literature scholars attests to the desperate need for quality literary scholarship which takes into account the theological implications and context, be it theological or in terms of religious history. It should not be enough, for example, to merely identify the biblical imagery and allusion, or use of religious categories in a text, but rather the critical enterprise demands a subtle discussion of the use and function of that imagery, of theological categories, and the context of such use in light of church history and denominational tradition. This additional demand requires a grasp of biblical theology, and of historical theology of a given historical period including the religious landscapes and movements of any given time.

I would argues that the Study of Literature and Religion should be apologetic as well as hermeneutic, theological primarily and anthropological secondarily, narrowly doctrinal as well as broadly humanistic.*

Yet, despite this, the state of the field is such that Literature and Religion is exactly appositional to these statements, and this kind of apologetic approach may yet be limited to the field of Literature and Theology as scholars acknowledging identification as a believer in the existence of God and an active life of worship within the Christian church are I suspect still very much distrusted for their natural subjectivity. Yet, a personal interest in theological matters and religious practice surely often incites detailed personal study in those materials and historical study that often enable efficient identification of biblical imagery and allusion, and subtle treatments of religious movements throughout history and with bright eyes and ears attune facilitates insights open to the mind sharpened to them.

Jasper warns in another place of the danger of seeing more than what is present and being oversensitive to these matters by employing Coleridge’s (Aids to Reflection, 1825) statement:

We must also be sensitive to the reality that the mystery of gospel defies simple categorisation and the systematisation familiar to systematic theology and literary formalism alike. So is it a matter of the right ordering of loves? Is literature usurping the role rightfully belonging to theology? Is it a matter of semantics? Jasper plainly states that Literature must be subservient to Theology. But how are we to reconcile this?

Jasper contends that there is a danger of succumbing to arrogance on the part of the literature scholar when considering “what is confessedly and ultimately a theological and religious concern” especially where the literature and the creation of it becomes the religion and the altar as in the religion of literature and poetry – like Yeats in which “true faith” seems to be a contrivance of the artist and poets (5).

I grate slightly at this “us and them” battle; the subservience of disciplines is a more troubling proposition to me than it possibly ought to be. How about putting this in a slightly different way – What if i said instead that Literature and its study must be considered secondary to exploring God and how we relate to him and understand him. It may be that I have a naive understanding of what constitutes theology but I am also not convinced that the study of Literature and theology is watered down theology, especially when it is done well.

Image from the Ingebourg Psalter

* The latter is a paraphrase but completely opposite in meaning to Giles Gunn The Interpretation of Otherness, Literature, Religion, and the American Imagination. NY: 1979, p 5)

Ryan Mullins holds an M.A. in Philosophy of Religion from Trinity Evangelical Divinity School, and is about to begin a PhD in Theology at…