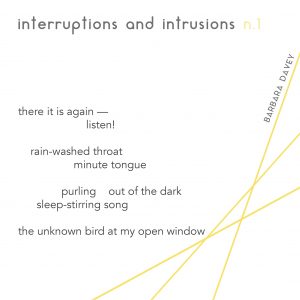 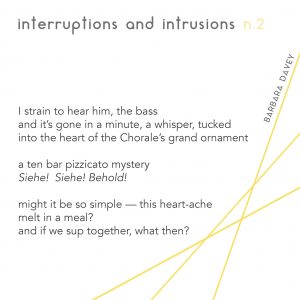 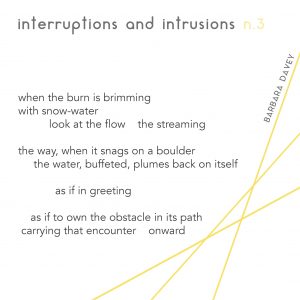 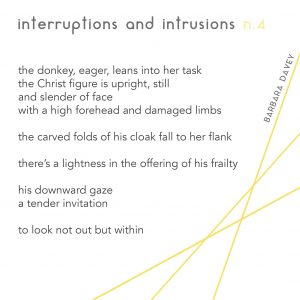 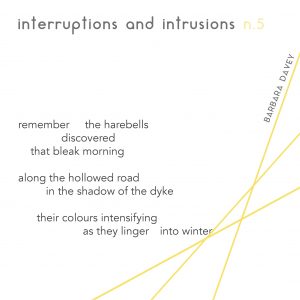 In these five short reflective poems I have sought to engage creatively with aspects of the Incarnation and the Crucifixion, setting these alongside moments in my own life.

The inspiration for  the second stanza, the Incarnation, is J.S.Bach’s Advent Chorale Nun Komm, der Heiden Heiland BWV 61. The inspiration for the fourth stanza, the Crucifixion, is a fourteenth century Palmesel I came across several years ago in a small town museum in Germany. The life-size figure was placed on a cart and trundled through the streets in procession. 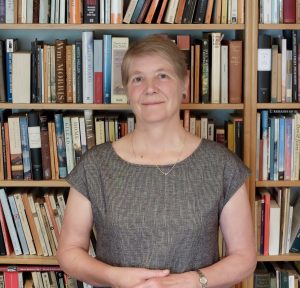 Barbara Davey is a Quaker serving on the Chaplaincy team here in St Andrews.

She grew up outside London in a family that was both German/Jewish and English. Barbara is a committee member of StAnza Poetry Festival; she has read at Platform Poetry Nights and most recently at the university’s Poetry and Faith event.