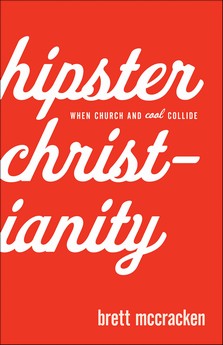 Brett McCracken’s exploration of ‘Hipster Christianity’ has been the subject of much discussion in recent months.  In September, my blog co-contributor Greg Stump published a post criticising McCracken’s entire project after McCracken was featured in Christianity Today.  Prominent Radical Orthodox theologian James K. A. Smith echoes Greg’s criticisms in his review of McCracken’s book Hipster Christianity, ultimately determining that McCracken is making a case against posers and not hipsters (authentically ‘cool’ people) per se.  This case might be further supported by n+1 co-founder Mark Greif’s recent New York magazine article, ‘What Was the Hipster?’, in which Greif determines that ‘hipsters’ are dead and what we see now are posers fuelled by consumerism and absolute pretension.  While I agree with these criticisms, I still believe Hipster Christianity has more to offer.

The concept of the ‘hipster’ is very complex (in a pretentious and inexplicable way, which is very fitting for those it represents) and may be entirely unfamiliar to some of the readers of this blog.  I suppose it is not customary to get personal in a book review, but a little bit about myself might actually help in analysing this book.  I was asked by a colleague to review this book because I am something of an insider to its content for several reasons, perhaps the most obvious of which has to do with my ‘style’.  Much like a cartoon character, I wear virtually the same thing every day: a tartan-laid western-style shirt (preferably one with snap buttons), all-black Converse All-Stars, and my skinny jeans (to accent the sexy Scottish legs with which I have been blessed).  My appearance mixed with my interest in the arts seems to make me a prime candidate for the title ‘hipster’.  I am also a Christian, so it appears that I am a ‘Christian hipster’, the subject of McCracken’s book.  It also helps that McCracken and I have frequented similar artistic/academic/ecclesiastical/social circles over the last few years (I spot the names of two of my good friends in the acknowledgments for Hipster Christianity and I know most of the models scattered throughout McCracken’s ‘Hipster Christianity’ website).  It is with this insider’s lens I will assess this book.

In his introduction, McCracken explains that his book ‘explores the whole concept of “cool” as it pertains to Christianity.’ (12)  He writes, ‘It’s about the contradictions inherent in the phenomenon of Christian cool and the questions Christians should be asking of themselves if they find themselves within this milieu.’ (13)  McCracken groups himself with the hipsters he defines in the third, fourth and fifth chapters of the book and makes clear that it is not his intention to write ‘some sort of how-to instructional or classification manual about whether someone is or isn’t a hipster.’ (14)  He writes,

‘Whatever categories and taxonomies of hipster that I might use in this book are not meant to be definitive introductions to some new type of people group; rather, they are meant to serve as examples of the large questions at stake—the questions of what happens when Christianity becomes cool and whether or not a fashionable, edgy, countercultural Christianity is a good thing for the church.’ (14)

McCracken uses the first of three sections of his book to explore ‘The History and Collision of Cool and Christianity’.  Here he sets out to provide a context for hipster Christianity and provides a great many definitions and labels (hipsters hate labels [but love irony]) in order to navigate through the maze of hipsterdom.   For those thirsting for a definition of hipster, McCracken provides his own: ‘Fashionable, young, independent-minded contrarian.’ (22)  Hipsters are ahead of their peers with regard to ‘coolness’ (‘cool’ being defined by McCracken as ‘[an] attractive attribute that embodies the existential strains to be independent, enviable, one-of-a-kind, and trailblazing’ [22]) in a quest for individuality and attention.

Throughout the book McCracken continues to label and define extensively, which leads to perhaps both Hipster Christianity’s greatest strength and most debilitating weakness: caricatures.

These caricatures are weak because they present images of Christian hipsters that are neither ‘Christian’ nor ‘hip’.  To borrow from James K. A. Smith, they are ‘posers’.  McCracken also reduces many of the thinkers, churches and movements to uncomfortable caricatures.  Early on in part two (‘Hipster Christianity in Practice’), McCracken explores ‘Christian Hipster Churches’ and asks, ‘Does the pastor frequently use words like kingdom, authenticity, justice, and N. T. Wright in sermons?’ (117)  This characterisation is troubling as a critique considering that these words (with the exception of N. T. Wright) sound a lot like the language used by Christ in the Gospels.

But here we discover the strength of McCracken’s caricatures: they serve as mirrors to expose that which is within us and is inevitably neither Christian nor cool.  We cringe when he takes things that we love—whether it is Paul Tillich or Tom Wright, Bob Dylan or Sufjan Stevens, American Beauty or Amélie—and associates them with these labels.  As an ‘insider’, my cringes are probably even more acute.  But beyond the great discomfort caused by the mere mentioning of these things we genuinely appreciate, things we would appreciate even if there was no one to look cool for, we are challenged to ask ourselves if the image we convey is actually reflective of being ‘Christians’ and being ‘hip’ or if we are merely posers.

Ultimately I think that McCracken has found something that sells and is running with it.  Even so, as he mentions in his introduction, very little attention has been given to studying hipsters (let alone Christian hipsters) and therefore he has done a brave and novel thing in Hipster Christianity.

But should we fear this so-called ‘hipster Christianity movement’?  I do not think so.  But while I side with the criticisms of Hipster Christianity that were mentioned earlier, I believe that McCracken’s ultimate aim is an invaluable one.  ‘Vanity of vanities, says the Teacher, vanity of vanities!  All is vanity.’  Is there anything new under the sun?  No.  The pretentiousness that characterises these ‘hipsters’—Christian and non-Christian—is a cancer.  But on a personal note, I wish that my pretences consisted exclusively of a ‘hipster’ image.  Instead, my pretences find their way into more serious parts of my character, damaging my relationship with God and my relationships with others; damages that should be obliterated if I truly lived in the reality of the life, death and resurrection of Jesus Christ.  We should not fear hipster Christianity, we should fear the self-deception that blinds us to God’s desires.

In all honesty, the coolest people I know, the people I am most challenged by and the people I most deeply desire to imitate, are those who love and serve others with the greatest humility.  It’s easy to be a ‘hipster’.  It’s difficult to be a Christian.

Elijah Wade Smith is a musician and visual artist pursuing his PhD at the Institute for Theology, Imagination and the Arts at St Mary’s College, the University of St Andrews, as well as ordination as a Minister of Word and Sacrament in the Church of Scotland.  He contributes to the blog Lost in the Cloud.

Elijah Wade Smith is a musician and visual artist pursuing his PhD at the Institute for Theology, Imagination and the Arts at St Mary’s College, the University of St Andrews, as well as ordination as a Minister of Word and Sacrament in the Church of Scotland. He contributes to the blog Lost in the Cloud.

Political philosopher…turned mechanic…turned New York Times Bestseller? That’s Matthew B. Crawford for you. His book Shop Class as Soulcraft: An Inquiry into the Value…