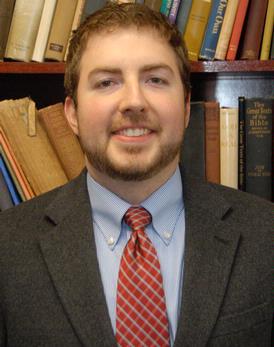 Dr. Taylor Worley is Assistant Professor of Christian Thought and Tradition and Associate Dean for Spiritual Life at Union University.

Perhaps the name most readily associated with the Neo-Calvinist tradition and cultural engagement happens to be Francis Schaeffer, but Schaeffer’s commentary on the arts and culture would have never achieved the level of influence or esteem it had without the invaluable art-historical and cultural insights and colleagueship of Hans Rookmaaker. Not only an enduring resource for the L’Abri movement, Rookmaaker has proved critical to the broader project of Christianity’s engagement with the arts. His training as an art historian and the rigorous insight of his work lent a credibility to Schaeffer’s project that would have suffered greatly without it. That influence continues now through the impact of his bestselling and highly influential work Modern Art and the Death of a Culture, which has been a guide to generations.

In that book, Rookmaaker makes a bold affirmation of art as a component part of God’s creation. Following the seminal voices of Neo-Calvinist thought, he acknowledges that God governs and sustains all of creation through divine ordinances and each sphere of life has its own set of ordinances and a sovereignty that should not be violated by another sphere’s sovereignty. Because of this creational grace, Rookmaaker insisted that ‘art needs no justification.’

So art must open people’s eyes, or serve as decoration, or prophesy, or praise, or have a social function, or express a particular philosophy. Art needs no such excuse. It has its own meaning that does not need to be explained, just as marriage does, or man himself, or the existence of a particular bird or flower or mountain or sea or star. These all have meaning because God has made them. Their meaning is that they have been created by God and are sustained by Him. So art has a meaning as art because God thought it good to give art and beauty to humanity.[1]

Rookmaaker’s celebration of the creational grace of art derives its joy not from a disregard for the art-historical details of a work but in concert with them. In this way, he represents a unique voice in the larger conversation of Christianity and the arts. Specifically, his faith in the creational grace of art meant a great deal to generations of Christians searching for a foundational value to undergird their appreciation for the arts.

Alongside another dominant strand of Christian reflection on modern art, the distinct nature of Rookmaaker’s approach comes into focus. Paul Tillich and important inheritors of his legacy have also given attention to key figures in modern art, but their approach to such works demonstrates a very different perspective from Rookmaaker’s. In Tillich’s approach to a theology of culture, the ‘method of correlation’ seeks to identify the religious impulses of a form of culture and theologically meet those impulses on their own terms. Unfortunately, this approach often resulted in Tillich’s embarrassing practice of reading his existentialist views into a work of art, as in the case of his comments on Picasso’s Guernica.[2] Whereas Tillich sought to establish a supposed neutral space for considering art works, Rookmaaker’s view has no place for such illusions. His deep commitment to the creational grace of art meant that Rookmaaker could never divorce the aesthetic enjoyment of a work from its basic affirmation or denial of God’s glory in creation. While this commitment often generated a tendency in Schaeffer toward the swift castigation of non-Christian art works, Rookmaaker’s profound appreciation for the artistry of works clearly antagonistic to Christianity served as a subtle corrective to the rash dismissals of his colleagues. Even in Modern Art and the Death of a Culture, he can discuss works of conflicting religious value with remarkable mutuality.

In this way, Rookmaaker was the living proof – a very present example – of what Neo-Calvinism was calling for in the next generation, namely, a Christian who was willing to think both rigorously and Christianly about the primary field of culture they inhabited. His interests and work expanded beyond modern visual art into various other cultural spheres, and these interests are represented well in the wonderful six-volume edition of his complete works compiled by his daughter Marleen Hengelaar-Rookmaaker.[3]His example paved the way for that next generation, and Calvin Seerveld, Nicholas Wolterstorff, William Dyrness, Adrienne Chaplin, Jeremy Begbie, Makoto Fujimara and Daniel Siedell– along with the important voices contributing to this series of posts– in some way acknowledge the generative influence Rookmaaker had upon their own careers in a Christian engagement with the arts.

In many ways, the legacy of any thinker can be measured by the options that person makes possible for those who will come later, and many avenues of thoughtful exploration in the arts lay open for us through the work of Hans Rookmaaker.