Through music, humans express and explore every possible area of emotion and experience. For example, we use music to mourn, celebrate, muse, rage, despair, rejoice, and give thanks. To take this last example, what does it sound like to give thanks through music? Is there a particular quality of music or way of playing music that is most fitting with the attitude and emotion of thanksgiving? 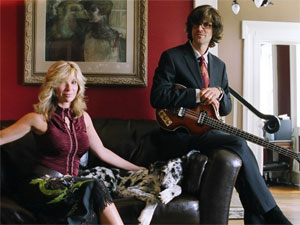 When I started musing about these questions, I kept on coming back to the music of Over the Rhine. Before explaining my rationale for this choice, however, I need to make a few disclaimers. For one, I realize that some of the following observations are based on personal taste for what I perceive to be ‘thankful music.’ Focusing on this band and their genre of music, however, does not preclude the possibility that other bands or musical genres are capable of expressing and encouraging thankfulness. Also, I realize there are many other ways of giving thanks through music, so the observations that follow are not intended to be exhaustive.

With that said, why would I claim that Over the Rhine gives thanks through their music, and encourages their listeners to give thanks?

Variety of instrumental expression is one way Over the Rhine gives thanks through their music. If we recognize musical instruments as gifts, then exploring the rich variety of potential in any given instrument is a form of giving thanks for this gift. The songwriting duo, Linford Detweiler and Karin Berquist, explore their instruments in equally extravagant ways. Detweiler does not merely accompany Berquist with the keyboard, but plays passionately and creatively so that the keyboard itself sings. And Berquist employs her voice as an instrument that continues to give, experimenting with curling consonants, evocative vowels and intrepid tones. 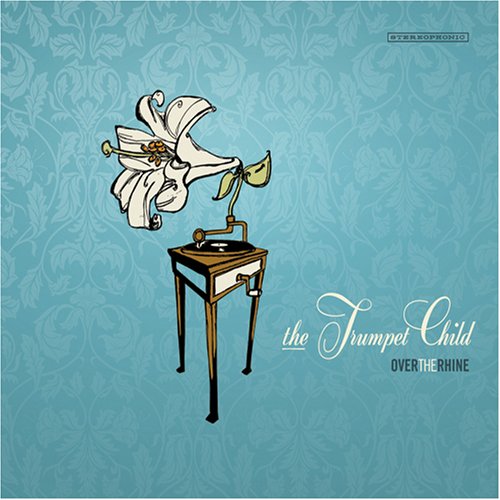 Besides giving thanks through the variety of instrumental expression, Over the Rhine also gives thanks by exploring different musical genres and reveling in musical pastiche. To take The Trumpet Child as an example, the album open with soulful woodwinds, but progresses through Latin grooves, country twangs, bold blues, sprawling ballads, swinging folk, cantina choruses, and cool jazz. The album is bursting with creativity; it is all over the map musically, but that is why this music strikes me as so thankful. What better way to give thanks for the gift of music than getting lost in its endless possibilities!

The diversity of themes Over the Rhine chooses to address in their music is another expression of thankfulness. On the band’s website, Detweiler describes The Trumpet Child as an album exploring “spirituality, sexuality, living vividly, challenging the status quo and subtly taking power away from those who have too much and transferring it to people who have too little.” In other words, Over the Rhine realizes the weight of glory in sexuality and feasts as well as the gifts of faith and serving others. They make no divide between the sacred and secular and give thanks for it all.

More obvious might be the way Over the Rhine gives thanks through specific lyrics. Looking again at The Trumpet Child, the lyrics explicitly and implicitly give thanks for double shots, black flamenco shoes, lounging around in bed, sex, love, music, and of course, the trumpet child himself. Not everything in this album is roses and sunshine; the realism is thick, yet I get the sense that these musicians are thankful for honesty, for describing things as they really are, and how this beautiful mess will end with the trumpet child blowing his horn.

So far, I have attempted to explain how I think Over the Rhine is giving thanks through their music. Perhaps the heart of the matter, however, is the way in which listening to their music makes me thankful. It is hard to describe or defend musical experiences, but Over the Rhine makes me thankful for music, for those talented enough to produce it so masterfully, and for the way it helps express the meaning of life and makes life more meaningful.