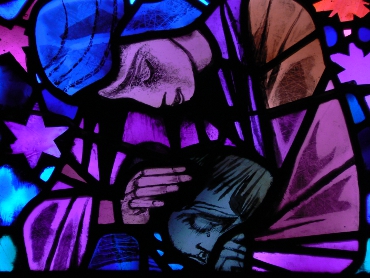 Being critical in the sense of articulating a negative assessment or deconstructing a work, like a piece of writing, is easy. It is easy to point out the absences, the flaws and the failings of a work. Sometimes they need to be pointed out. Sometimes elucidation of the holes and cracks in a work or an argument is essential to its eventual bearing of fruit.

But, I wonder whether in having “tearing down” as a default position in “criticism,” do we also lose some of own humanity? Is there another way? Another default path?

Lori Branch suggests a “scholarship of metanoia (change of mind and heart)” whereby one turns a “humble, critical gaze” on oneself as much as “on the so-called object of its criticism, and that seeks to love those texts and those Others about whom it writes.” [1]

What I am not saying is that we default to a sugar-coated rhetoric whereby we reassert the cultural norms of “self-esteem building” as the best end. I wrote about this in an one of my early Transpositions articles: Keepin’ it real; or What Simon Cowell has to do with being a Christian critic.

Rather, I’m swayed strongly by an ethic of charity and reading charitably. What do I mean by “reading” charitably?

Reading charitably is to reflect fairly the arguments and approach of the scholar or artist and first consider them on their own terms prior to making judgements on your terms as the critic or considering the significance of the artistic work or scholarly endeavour for the broader field or for society. Enjoyment, fun, and personal taste must enter in somewhere, but we need to be careful generalising matters of taste or aesthetic enjoyment to universal levels.

So, if I could put my working statement of a Christian ethic of criticism into a sentence it would be this:

A Critic should seek to articulate truth-filled assessments about artistic works and experiences within the realm of the critic’s experience and expertise, expressed appropriately in love.

A few words about “appropriateness” to context. I don’t really think I should read less charitably when reading a blog, or when reading a scholarly article or book than when I’m listening to a talk or in a face-to-face conversation. This argument that there are fora in which we should be charitable and others which, regardless of whether you are a Christian or not, are a free-for-all is not at all convincing to me. Rigorous debate and strident, healthy, animated, thoughtful discussion: yes. I’m all for that. But, I’m not convinced by the cognitive dissonance of behaving in one way when someone is in front of you and a different way behind their back (or when they are not physically present as in digital communications). There are appropriate ways and fora for certain kinds of communication and to that we need to be sensible, but not to the end of cherry-picking our ethical approach.

We also, I think, have lost some of the sensitivity to that which is jarring to our sense of the holy, the worthy, and the good. This is not some plea for Puritanism. It is rather a plea about context. It is a plea not merely to accept the depiction of violence, of gratuitous nudity and sexual acts, declaring it as “just the way television or movies or books are.” Exploring the darkest reaches of the soul is  the important concern of many artists. But what is even more important is the way the arts (including literature) have the capability to encounter the Other and to delve the truths of humanity: the reality of suffering, the desire for relationship, the complexity of the human spirit, courage and the ability of human beings to triumph amidst great suffering, the brokenness of humanity, and the possibility of redemption.

To this end, I also recommend Wes Vander Lugt’s post “Learning to be Critics With Our Hands and Feet” from last year.

5
Facebook Twitter Pinterest
LinkedIn Email
Written By
Anna Blanch
More from Anna Blanch
Every now and then, someone will challenge why I would consider thinking...
Read More