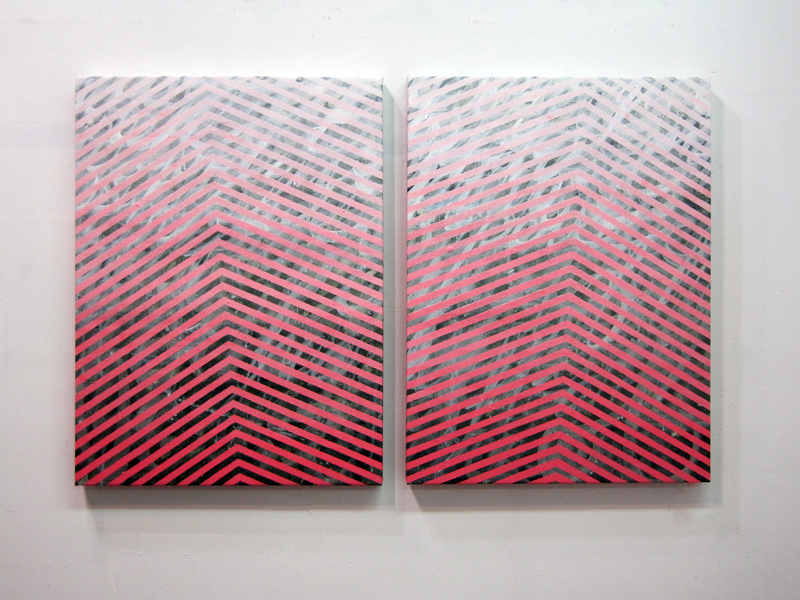 Wayne Adams is a painter living and working in Brooklyn, New York.  He received a BFA from Calvin College (1996), and then an MFA from Washington University in St Louis (2000).  In 2009-10, Adams was awarded an International Arts Movement fellowship.  Please take the time to peruse his website, where you can find images of his recent work.

At Transpositions, we use these ‘featured artist posts’ to introduce our readers to contemporary artists.  Normally, this involves writing a short piece reflecting on some important themes in the artist’s body of work.

This time, however, I have taken a different approach.  I sent Wayne an email with three questions – a mini-interview.  I have posted this interview here as a way of introducing our readers to his work, and I have also included several images of his work below.

Jim: When and why did you decide to pursue painting as a career?

Wayne: I always knew I liked making art, but didn’t realize it was a possible career until college.

Jim: Tell me about aluminum foil.  What’s the fascination with this material, and why did you decide to work with it?

Wayne: For me, aluminum foil works in a number of ways. I started using it because of a biblical reference from I John. I thought about the metaphor of God being light and this cheap material reflecting (literal) light in a million different ways that often looks really beautiful or valuable, depending on how you see it. It seemed like a good way for me to think about my faith. It also gave me an example of that aesthetic/concept balance I want within my own work. The large foil paintings also allowed me to explore photo-realism and abstraction at the same time.

Jim: I detect influences of both Pop and Op Art in your work.  Is this a fair association to make?  Are there other artists (living or dead) who have helped you along the way?

Wayne: Sure, I could see that. I don’t actively think about pop art that much, but the influence is there, I’m sure. I’ve been a fan of Ed Ruscha from early on. I like the simplicity of a lot of work from the pop movement. Op artists like Bridget Riley pushed a phenomenal effect in painting that I’m interested in, although Op art quickly became trite—more about a visual trick than anything else.

I’m interested in artists whose work balances a strong visual aesthetic with conceptual underpinnings. Well-established artists like Richter, Marden and Polke were influential early on, but now I’m looking more at artists like Rudolph Stingel, Wade Guyton, R.H. Quaytman and Blake Rayne, along with younger artists like Tauba Auerbach.

Ultimately, though, I’m still working out the process of locating my own voice through the materials and marks I use.

I like the idea of artists helping me along the way, it’s a pretty small art world and I think that’s a large part of it—helping each other along the way. 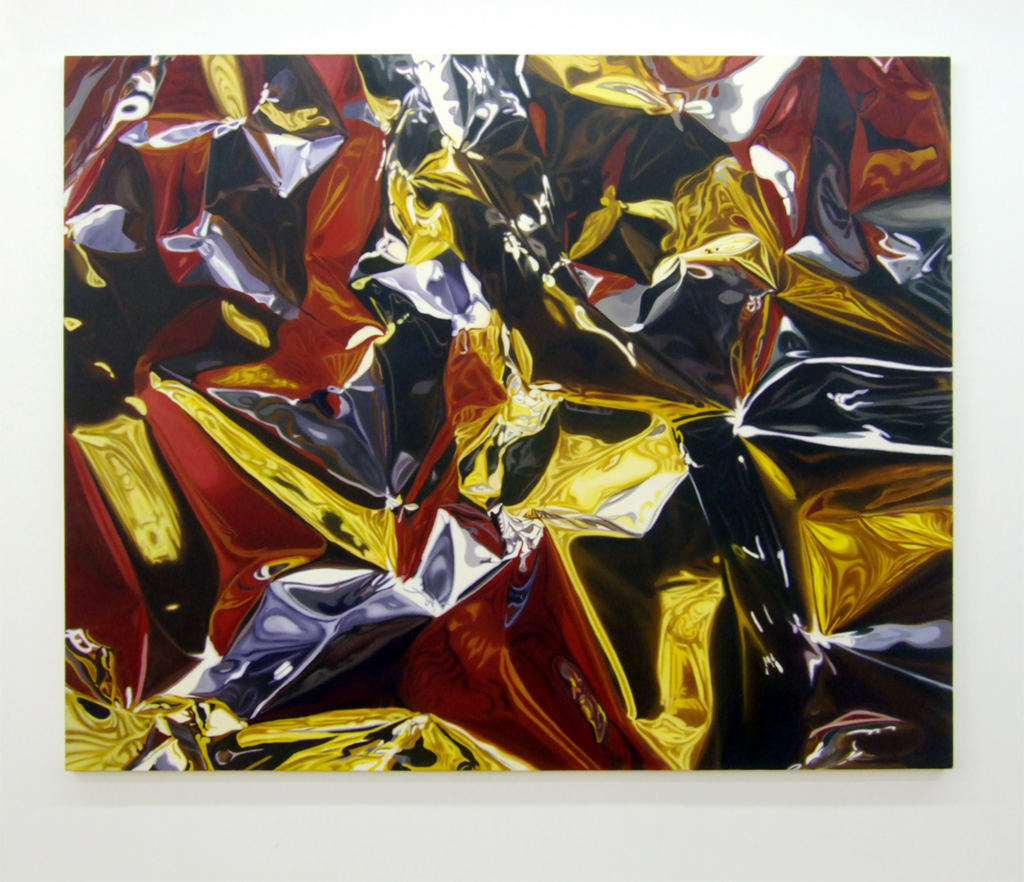 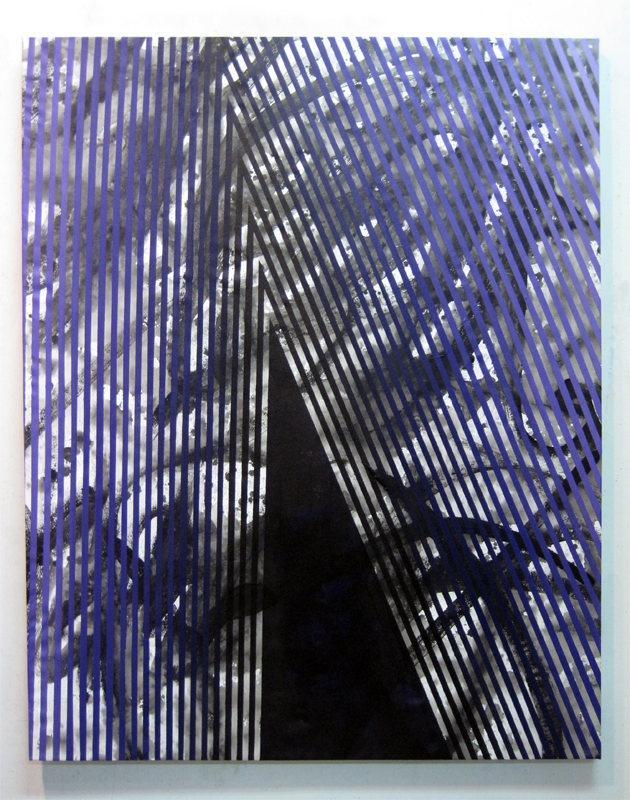 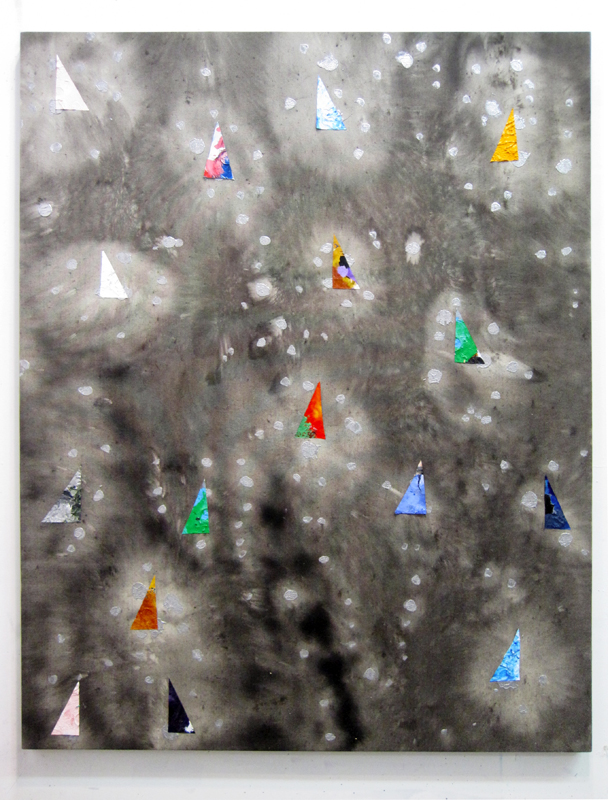 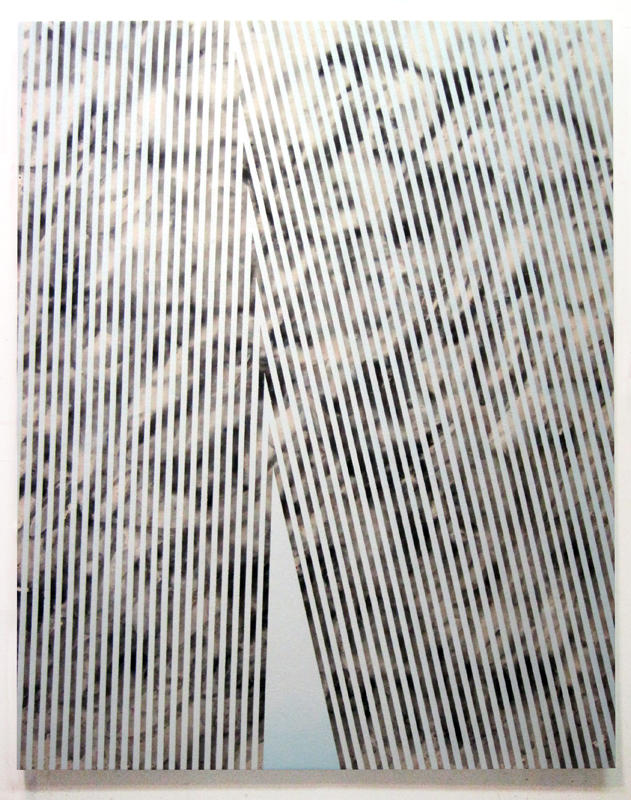