Matt is a painter originally from New York, but now living in Missouri where he holds a position as Assistant Teaching Professor of Painting and Drawing position at the University of Missouri in Columbia.  He received a BFA from the Chicago Art Institute in 2001, and the an MFA from Indiana University-Bloomington in 2005.  His work was recently exhibited in Belgium, and his work as also been seen in a variety of contexts across the United States.  Matt is also a writer, and his essay “Second Horizon: The Changing Vision of Odd Nerdrum” was the featured article in the Summer 2006 edition of Image Journal. You can see Matt’s work at his website eikonktizo.

Most of his recent work is primarily figural, with some still-lifes, but his earlier work tended to be abstract.  Nevertheless, there is a continuity of concern throughout his work that wrestles with the ‘big questions’ of human existence.  As he says in his current artist statement:

Perhaps what is most interesting about Matt’s recent figural work is the way that the human body acts as a metaphor that brings together various human experiences, emotions and questions into a single potent image.  Many of the paintings portray the body in a scene of disarray, such as surrounded by crumbling bricks, suggesting that the person is in a state of crisis, flux or deterioration.  Matt’s work typically contains a strong element of mystery that begs the viewer to consider further these images that have a palpable and impenetrable sense of depth.

If you live in the vicinity, you may be able to catch Matt’s work at one of several shows this summer (two are on right now):

“The Bell, Struck” Matthew Ballou and Tim Lowly (see images here)
930 Art Center, Louisville, KY
June 10 – July 31, 2011
Featuring an exhibition of tondos by the artists, an essay by Matthew Ballou, music by Tim Lowly and his band, and an opening discussion on June 10.

If you can’t make it to any of these shows, at least check out some of his paintings below: 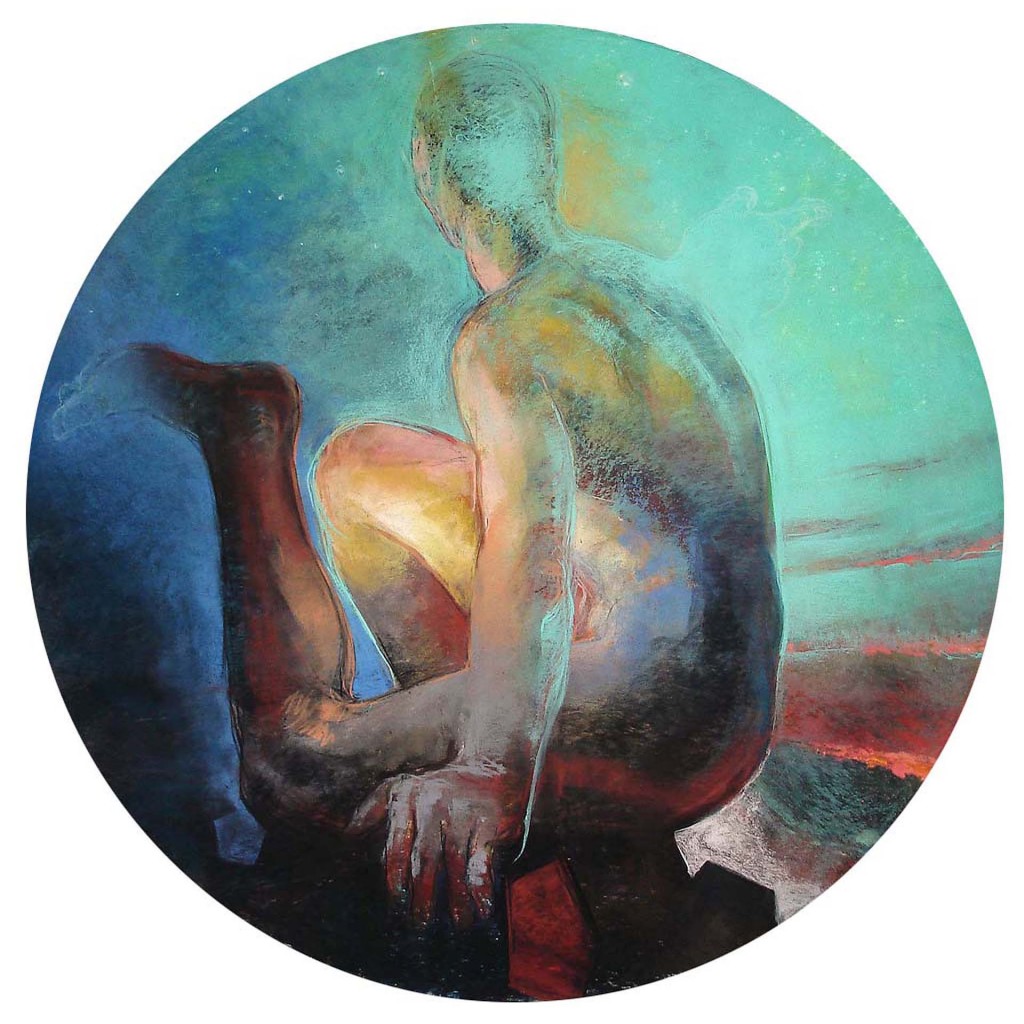 The Impossible Geometries of Contemplation, Pastel on Paper, 23″ in diameter, 2009. 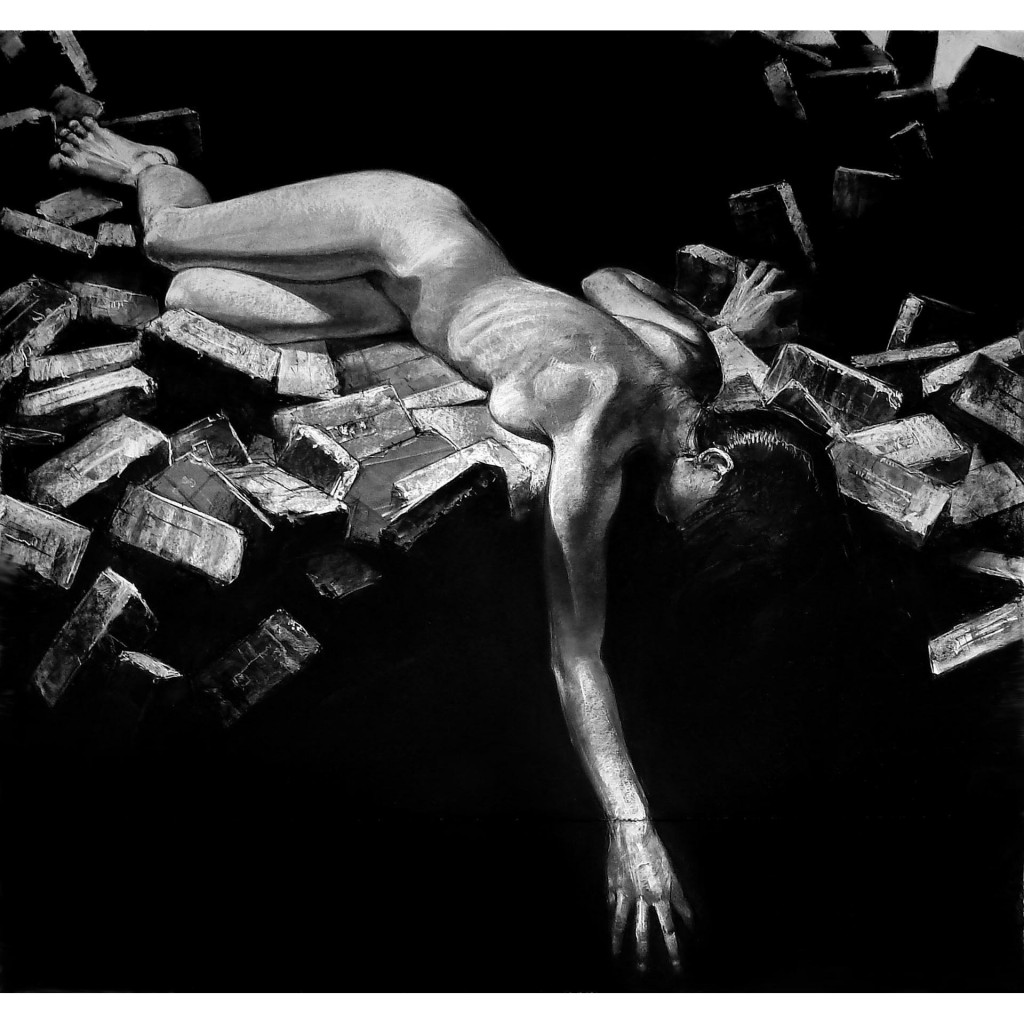 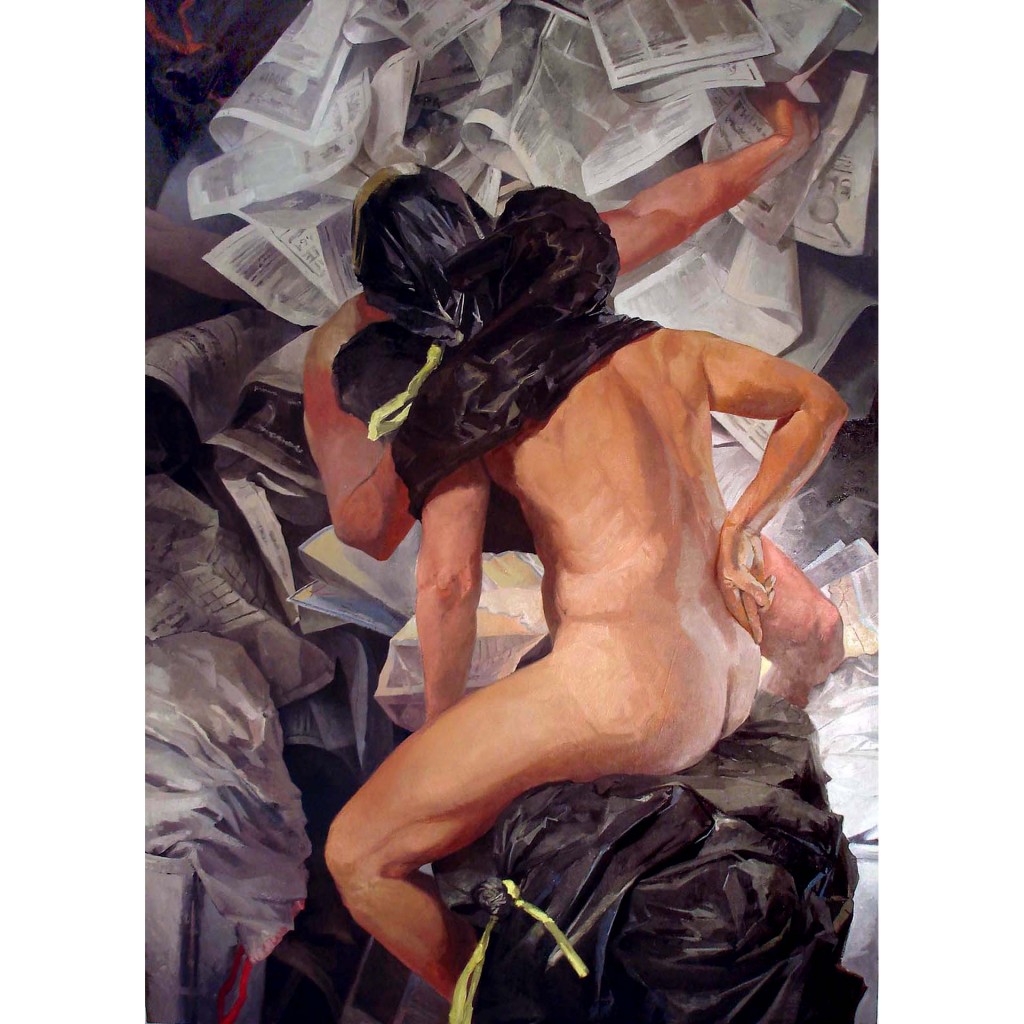