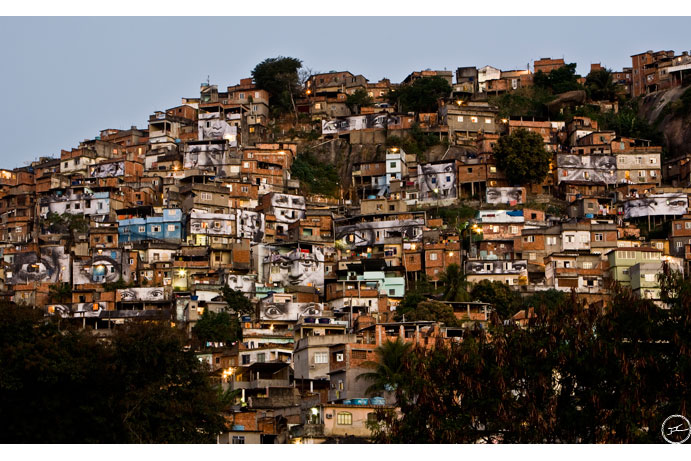 JR is a semi-anonymous artist who has recently won the TED prize for his large scale photographic installations.  He has worked in a variety of places all over the world including Brazil, Israel-Palestine, Africa, and many others.  The TED website describes his work saying that he “uses his camera to show the world its true face, by pasting photos of the human face across massive canvases.”  For example, JR’s work in Israel-Palestine, which he titled Face to Face, involved pasting large posters of Israelis and Palestinians on various surfaces, including the wall that divides the land (see below).  He encouraged those he took portraits of to make a caricatured face, to caricature themselves, in order to undermine the caricatures that both groups make of each other.  JR’s website about describes his work in the following way:

JR creates “Pervasive Art” that spreads uninvited on the buildings of the slums around Paris, on the walls in the Middle-East, on the broken bridges in Africa or the favelas in Brazil. People who often live with the bare minimum discover something absolutely unnecessary. And they don’t just see it, they make it. Some elderly women become models for a day; some kids turn artists for a week. In that Art scene, there is no stage to separate the actors from the spectators.

To find out more about JR’s unusual ‘method’ and projects, watch his TED Prize video.  (BTW, it is only 20 minutes and really awesome!)

Both TED and JR have now initiated a global project, called INSIDE OUT, that anyone can participate in.  The project’s website has the following description:

INSIDE OUT is a large-scale participatory art project that transforms messages of personal identity into pieces of artistic work. Everyone is challenged to use black and white photographic portraits to discover, reveal and share the untold stories and images of people around the world. These digitally uploaded images will be made into posters and sent back to the project’s co-creators for them to exhibit in their own communities. People can participate as an individual or in a group; posters can be placed anywhere, from a solitary image in an office window to a wall of portraits on an abandoned building or a full stadium. These exhibitions will be documented, archived and viewable virtually.

If you would like to be involved in this very exciting project, click here.  To kick off the project, JR installed, in conjunction with Phantom Galleries in Los Angeles, a large ‘photo booth’ where anyone could print a portrait.  Examples of some of the resulting photos can be found here and here. 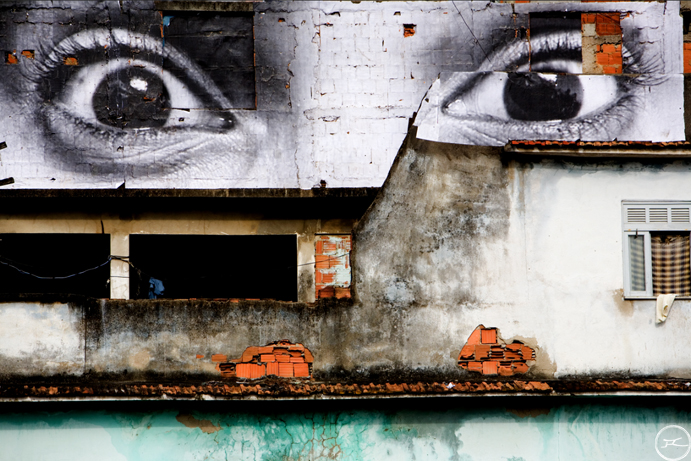 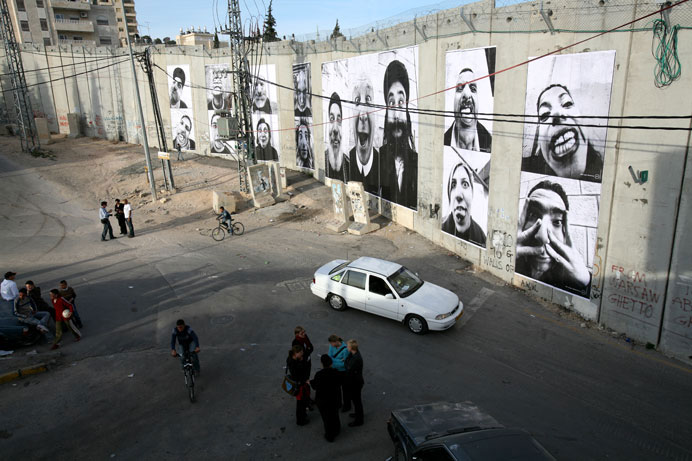 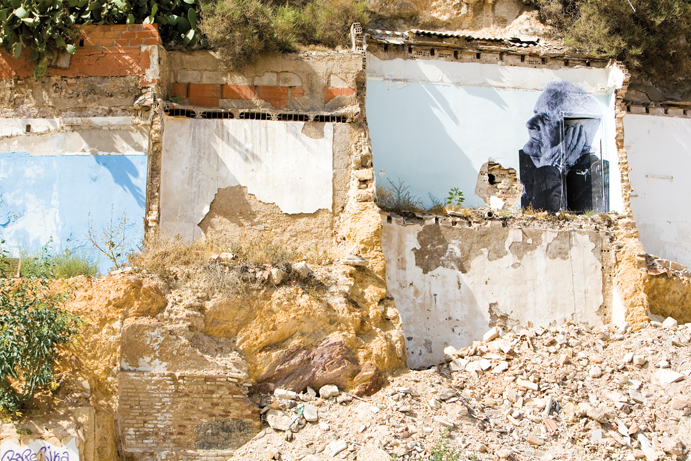 Wrinkels of the Town. Cartagena, Spain.