Editor’s Note: This is the first installment of a two-part review.

When Christians attempt to share their faith within a postmodern culture, it can seem impossible to get the message through the walls of nihilism and relativism that are often inherent in postmodernism. Apologetics often tend to focus on scientific and philosophical arguments for God’s existence, but postmodernists hesitate to accept objective arguments from science or rationality and instead draw predominately from personal stories and experiences to figure out what is real. As Michael Ward writes, ‘In a postmodern world, systematic or abstract or propositional apologetic strategies may often be limited of appeal because of suspicions about the supposed neutrality or utility of “reason”’. [1]

Christian apologists must figure out how to present Christianity in forms that can be grasped by postmodernists and in language that appeals to them. As Francis Schaeffer argues, ‘Each generation of the Church in each setting has the responsibility of communicating the gospel in understandable terms, considering the language and thought forms of that setting’. [2] As postmodernism seeps into every facet of culture, an imaginative and literary apologetics has immense value because it can perhaps offer a more appealing case for Christianity, meeting people where they are and building a case for Christianity through the imagination. Fairy-stories are one way to build such a case. 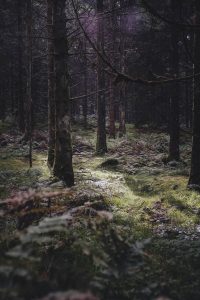 Fairy-stories, according to Tolkien, are stories set in the country of Faerie (the Perilous Realm) and depend on the nature of Faerie. A close, but not complete, translation of ‘Faerie’ is Magic. The stories include fantasy: the making or glimpsing of Other-worlds. Most include man’s adventures in such worlds. For Tolkien, they are stories that satisfy primal desires (such as communion with other living beings), bring the wonders of imagination to life, make new forms, possess a strong, inherent moral element, and include humans as main characters. [3]

Before wading in to explore why and how fairy-stories can offer an appealing case for Christianity, this first part of a two-part article will offer three points of clarification.

First, fairy-stories are powerful, but they do not have salvific power. As Holly Ordway writes,‘As with rational argument, literature cannot in itself bring a person to know Christ, but it can open doors, challenge assumptions, and most importantly provide a glimpse of experienced truth. Stories invite readers to indeed “taste and see that the Lord is good” (Psalm 34:8)’. [4]

Unlike such quintessentially American apologists as Josh McDowell and Lee Strobel, who are at their best when collecting data, sifting arguments, and marshalling witnesses in favor of Christ, the Bible, and Christian doctrine, Lewis took a more literary approach to defending the faith. Rather than divorce the facts of the Bible from the power it exerts over us, rather than separate the historical claims of Christ from the mythic force of His status as God-Man, rather than distinguish between the forensic evidence for the resurrection and the numinous awe that the event provokes in those who contemplate it, Lewis combined the testimony of head and heart, thinking and feeling, adult ratiocination and childlike wonder. [5]

Literary apologetics does not limit rational apologetics and reason but rather provides a foundation for it.

Indeed, one of the benefits of literary apologetics is to open the door to rational apologetics. Ward explains that, according to Lewis, imagination supplies the materials upon which reason does its work, so ‘apologetics was necessarily and foundationally imaginative’. [6] Apologetics is a ‘reasoned defense’, but its basis is in imagination, and reason cannot operate without it. [7] MacDonald claimed that science could not even succeed without imagination: ‘Every experiment has its origin in hypothesis… And the construction of any hypothesis whatever is the work of the imagination… The imagination often gets a glimpse of the [scientific] law itself long before it is or can be ascertained to be a law’. [8] Nonetheless, that does not mean imagination is superior to reason; Lewis said it was lower. [9] Lower, yet needed. In trying to promote literary apologetics, reason—the higher—should not be demoted.

Finally, apologists should take care not to merely treat literature as a means to make apologetic points. The stories ought to be accepted for their own sake, as C. S. Lewis describes in An Experiment in Criticism. [10] Apologists should not just read stories in order to figure out how to ‘use’ them for their next apologetic presentation. Apologists must instead approach literature with an attitude of surrender. They should read in order to first have something done to them, not in order to merely do things with the literature. [11] Not until apologists have truly ‘received’ the literature by surrendering to it themselves, laying open their minds to it, can they truly understand its apologetic significance.

Along that same vein, literary apologetics will probably not have much influence, if any, on ‘users’. The ‘users’, as Lewis explained, are not changed by reading; it is the ‘receivers’ who can have their whole consciousness changed through reading—they become what they were not before. [12] ‘Receivers’ exert their senses and imagination according to the pattern the author has set, while the ‘users’ read according to their own pattern, and thus the literature cannot add to their lives. They merely meet themselves in the literature when they use it for their own subjective uses. [13] ‘Receivers’, in contrast, can be transformed by the literature because they ‘empty themselves’ to make room for the ‘total reception of the work’. [14]The ability of fairy-stories to lead people toward God is thus dependent in large part on the readers being ‘receivers’ who truly take in the story. Now that those three clarifications have been put forth, part two of this article will begin the exploration of fairy-stories as apologetics.