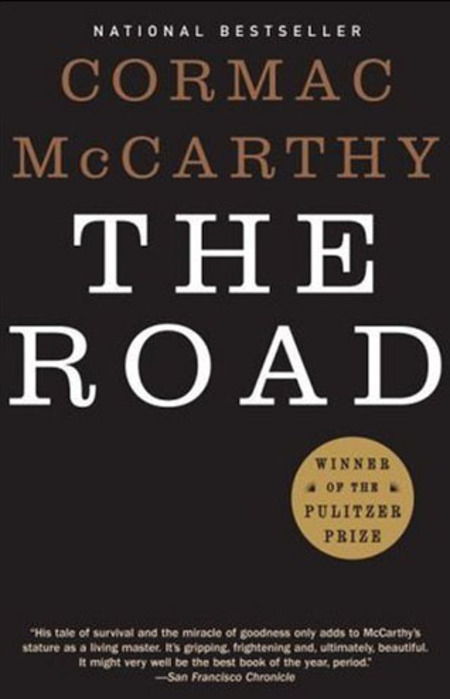 Among the most powerful aspects of human art is its ability to reveal our emotional appropriation of crucial theological issues.  For instance, the literary genre of tragedy probes with searing honesty how human projects and relationships are thwarted by the inevitability of death.  In this regard, I would offer Cormac McCarthy’s powerful novel The Road as a type of modern day tragedy exploring these same issues.  The plot of The Road is fairly simple: a nameless father and son wander through post-apocalyptic America, struggling to survive in a wasteland produced by an unexplained cataclysmic event.  The Road strikes a chord with contemporary Western culture because it presents death in a way that few other modern works of literature do.  The Road forces the modern reader to face the totality of death as the novel intertwines the tragedy of the individual’s death with the tragedy of the death of the earth.  The novel starkly reveals the finitude of creation as the sun gives out and the earth’s vegetation becomes incapable of regeneration and time and space are rendered meaningless.   In this way, The Road presents a terrible dissonance for the reader as the hopes presented by the book – for finding food and establishing shelter, and most of all, for the son to live on – are all thwarted by the fact that the dying earth inevitably dooms the human race; human history will end as the earth descends into nothingness.

The dissonance we feel allows us to understand how we are actually incorporating the notion of the tragic into human life.   Ben Quash writes that western literature actually offers two different tragic forms:

i) “a cyclical one that represents the perpetual vicissitudes of the world and the human’s place in it;

ii) A more linear one representing ultimate and inescapable possibilities of disintegration in individual human lives, and by extension, in the human of the world itself. [1]

In the first mode, life is comprised of recurrent reversals and returns fortune.  Tragedy, then, can be accepted because of the marginal consolations that the vicissitudes afford.  These consolations are inherent in human existence itself, such as upturns in circumstances or fortune, family, love.

In the second model, however, life represents a linear path culminating in death.  Tragedy is the human encounter with forces beyond our control, which inevitably bear us to an inexorable and definite end.  There is nothing from within the structures of creation that provide marginal consolation.

I would argue (in line with Quash) that the second model of tragedy is more appropriate to the actual experience of human life – and in line with the witness of the Bible and the life of Christ.  Human existence is appropriately defined by the revelation of Christ, and the finality of Christ’s death at Calvary is completely inexorable; we cannot look at Calvary as a “vicissitude” which will be consoled by something else from within creation.   The Road, therefore, engages us theologically because it prompts us to ask whether we can accommodate a linear view of tragedy in human life or whether we desire a more consoling model.   Are we looking for things within the current structures of existence to provide us consolation in the face of death?  Or can we face life as an inexorable progression of events to a final disintegrating end?  Acknowledging a linear view of tragedy, however, is not cause for despair; it merely makes us as Christians proffer a more robust hope.  We are forced to take seriously right now the new resurrection life set into motion by Christ’s own Resurrection – as the only means to prevail against death and the structures of the limited creation portrayed by The Road.

Somer Salomon is a PhD student at St. Andrews University, researching the relationship between beauty and eschatology.  She loves being near the sea in Scotland, but as she’s from Virginia, sometimes misses the warm sunshine.

3
Facebook Twitter Pinterest
LinkedIn Email
Written By
Somer Salomon
More from Somer Salomon
Review of Chapter 6 in What Good are the Arts? by John...
Read More