[EDITOR’S NOTE: Reflecting on the process of creating her artwork for the In/break exhibition, Letizia Morley describes how comics can ‘provide a medium through which one can make sense of the world and express emotions’. Explaining how she struggled with artist’s block when first confronted with the exhibition theme, Letizia relates how drawing a comic about her creative difficulties enabled her to break through this obstacle. She also offers insights into the ‘soul-baring endeavour’ of producing a comic, detailing the painstaking process through which her comics ‘boil down to the truth’.]

This year I have had the worst case of artist’s block to date, just in time for the Transept exhibition. Having participated in three previous shows, I was determined to contribute something again. However, the theme ‘In/break’ wasn’t sparking any ideas. When the deadline for proposals arrived, I decided to submit a comic about artist’s block and the search for inspiration. Unsurprisingly, my proposal failed to yield any results. Just days before the submission deadline I got a rush of ideas and began to work as quickly as possible. I am delighted with how the comic turned out. In fact, I consider this work one of my favourites. The initial reception from the exhibition organisers has been very positive (please allow me to indulge in some self-congratulation). However, my daughter rated my initial draft two stars out of five and my husband managed a polite smile; I have always depended on the kindness of strangers.

For those not familiar with comics as a medium, Scott McCloud defines it as ‘juxtaposed pictorial and other images in deliberate sequence intended to convey information and/or to produce an aesthetic response in the viewer’.[1]  In decades past, comics have had a rather unfair reputation for being primarily about superheroes and/or fodder for children. More recently the graphic novel has gained respect as a ‘valid’ art form. When asked what types of art I do, I often list my ‘serious’ pursuits first, with comics tacked on at the end as a sort of side project—if I mention them at all. I often struggle to see my comics as ‘art’ in their own right. Perhaps I don’t want to be dismissed as immature or as not a ‘real artist’. Or maybe I want people to know that I am capable of more than just comics. But what is ‘real art’, anyway? 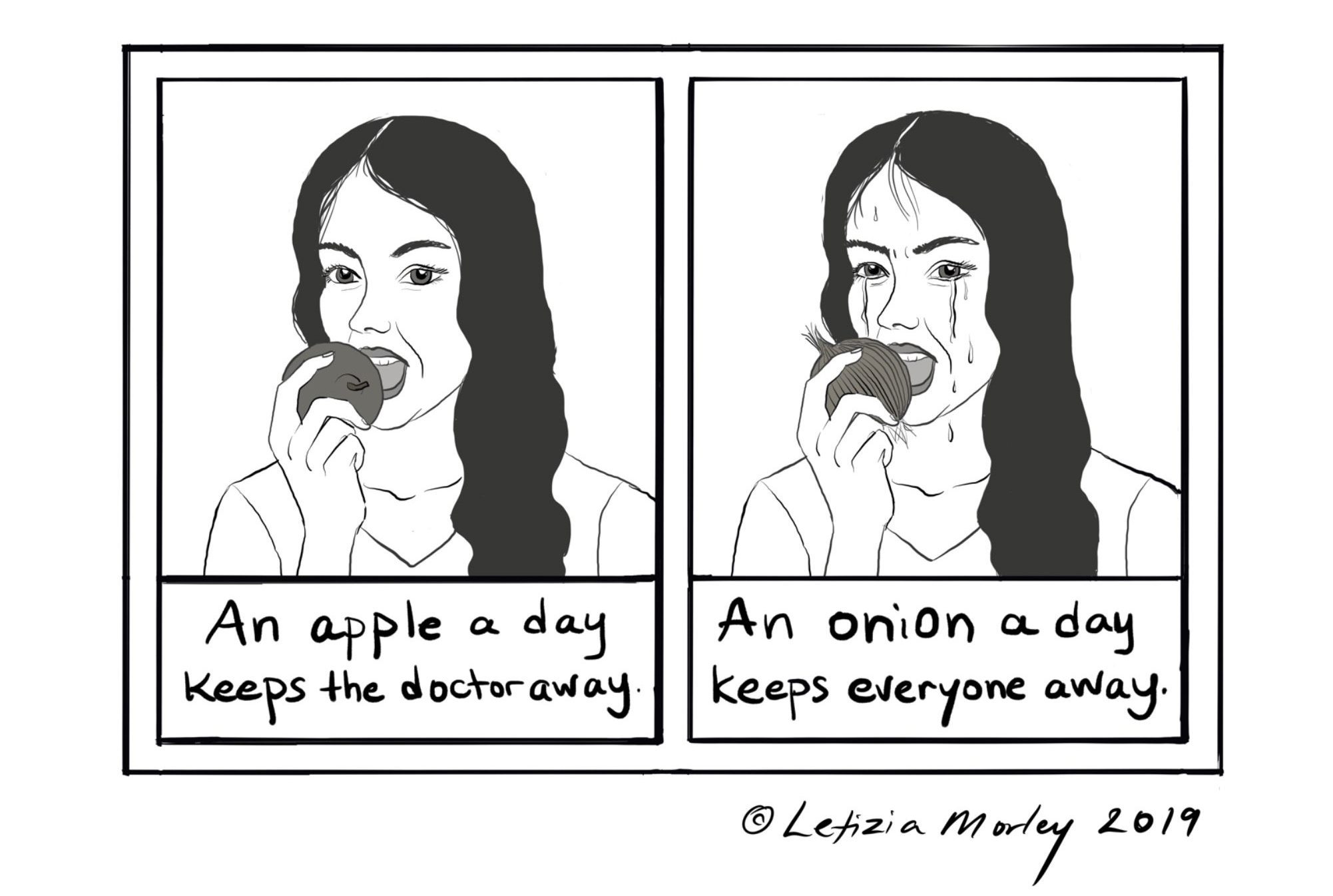 Only after submitting my piece for this year did I notice a pattern from prior exhibitions. Over the last three years I have submitted two paintings, three works of illuminated calligraphy, two monologues, and three comics. I expected my work in all the mediums except comics to have generated more feedback. My style is traditional and representational, but my comics are very different. To my surprise, the comics garnered by far the most interest and the most positive reactions. Viewers told me that they appreciated my honesty and could relate to my experiences. The vast majority of my comics are autobiographical, with some exaggeration and artistic license. I distil real events, conversations and thoughts into compact stories, cutting out the mundane and heightening tension where needed. I don’t feel the need to invent characters or storylines; after all, those who laugh at themselves never run out of material.

One may expect inherently funny events to yield good comedy, but I have not found this always to be the case. For me humour most often arises from troubled or frustrating times in my life. My stories frequently deal with the liminal space between aspirations and constraints. As I draw, I start to find humour in difficult experiences. How small my troubles seem when viewed from a distance! How ridiculous I am when trapped in my own head! When I can laugh at my struggles, they lose some of their sting. Also, the harder the struggle the more comedy gold I find. In the end, my comics help me come to terms with my real self. The unintended result is catharsis. Comics provide a medium through which one can make sense of the world and express emotions. Is that not part of the purpose of art?

those who laugh at themselves never run out of material

Despite not normally spending much time drawing comics, in times of artist’s block I unconsciously turn to the medium as a way forward. The crafting of comics requires a great deal of thinking about how to marry the words to the pictures for maximum effect. Words and images must be balanced; unless done intentionally, there should not be too much of one at the expense of the other. The artist carefully decides the pace of transitions between panels. In a shorter work, one must consider how to fit everything into small boxes without overcrowding. Most of my process occurs in my mind; words and pictures continually form and reform and then gradually settle into place. This is the most time-consuming bit. It’s no wonder that, during the analytical drafting process, I am forced to figuratively cut out the things that do not matter from the things that do. My comics boil down to the truth. The more honest I am with myself the stronger the story. 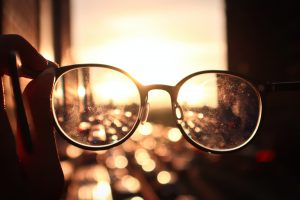 Depending on how much time I have, I choose between a more detailed realistic approach (which includes many hours of finding just the right reference photos) and a stylised one which I can dash off more quickly. Then I sketch everything out in pencil. Many comics artists draw digitally right from the start of a project, but I like the simplicity and immediacy of drawing with black ink on white paper. It gives, I think, a more personal touch. After I ink over the pencilling, rub the pages clean and do some touch ups with correction fluid, my work is ready to be scanned, digitally fine-tuned if necessary and reproduced.

Creating comics is quite a soul-baring endeavour for me so I always feel a degree of trepidation when someone reads my work. I draw these comics foremost for myself; if they make me laugh my work is done. If others find enjoyment that is a bonus and a great relief. The ice is broken, and a conversation can start. When someone tells me that my comics have struck a chord, I feel an immediate sense of closeness that transcends the differences between us. Laughter has a way of doing that.

How convenient that drawing a comic about having terrible artist’s block helped me break through it. These pages brought the anxieties and hopes of my heart out into the light. When we see each other’s struggles more clearly, we can begin to forge some understanding. Honesty and hope go hand in hand. We have had so much to mourn this past year. Lately I have depended on humour more than ever. Let’s rejoice and be glad whenever we find the chance.