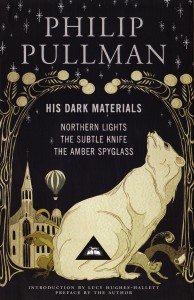 Sensitive, tragic, tactile and often majestic, the poetry of John Keats feels like an ornate window through which we trace the author’s personality: with no other English poet is it so easy to apply the same adjectives to the work as we do to the man. Keats’s aesthetics have become iconic owing largely to his many letters, which are flush with suggestively-phrased theories. Perhaps Keats’s most peculiar role in English literature is as a philosophical migrant. Not even Shakespeare pops up so often as an intellectual influence in other people’s narratives, and no poet has enjoyed such a rich life in science fiction.

His incarnations in the popular His Dark Materials and Hyperion novels capitalize on the morality inherent in his aesthetics, and are a reminder that, as C.S. Lewis puts it in his essay “On Stories,” “To construct plausible and moving ‘other worlds’ you must draw on the only real ‘other world’ we know: that of the spirit.”[1]

Keats is literally reincarnated in Dan Simmons’s Hyperion novels, a far-future sci-fi omnibus which deals in the very Keatsian dilemma of man’s moral relationship with what he creates. While Keats was obsessed with the role poems could play in man’s moral life, Hyperion raises the same question about the internet, which for Simmons is an emblem for all media. Now entirely dependent on communication and transport technologies that are organized and serviced by web-based artificial intelligences, mankind is visited in the books by two creatures that the AI’s have managed to incarnate for their own purposes: the Shrike, a death machine responsible for an 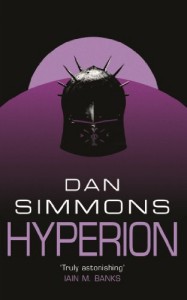 increasing number of disappearances, and a clone of John Keats. As the Keats clone becomes aware of his own identity, he realizes his role in the AI’s plan mirrors the Shrike’s: one entity is designed to inflict pain on humanity, and the other to give that pain meaning. “There is a fullness and calmness…which can come only from knowing pain,” Simmons writes. [2]  The implication is that this knowledge of pain can be best transformed into fullness through empathetic–that is, Negatively Capable–art.

Keats does not appear in person in Philip Pullman’s His Dark Materials, but his ideas underpin the “rules” of its fictive world, most notably the innate sensitivity that allows Lyra to use the magical golden compass. In The Subtle Knife, the Keatsian rules of the compass are explained to Lyra’s companion Will Parry by Dr. Mary Malone, who informs him, using Keats’s own words, that in order to use it someone must be capable “…of being in mysteries, uncertainties, doubts, without any irritable reaching after fact and reason.”[3] This state is Negative Capability, Keats’s moral and aesthetic ideal, which frees the artist from self-assertion and allows him to channel undiluted feeling.

Negative Capability is lifted to very different effects in these two novels, but for both Lyra and the Keats clone, it stands for a spiritual unselfishness and intuitive sensitivity that lets them authentically commune with others. Their use of Keats’s moral aesthetics to frame their worlds implies that Simmons and Pullman, like Lewis, knew that you can often break a law of science in science fiction, but never a spiritual one. By choosing Keats as an emblem, both align themselves with his huge demands on the artist to be more than a prattler about his or her own problems. In fact, Keats suggests that for the import of art to increase, the artist’s self-importance must decrease. No wonder novelists who admire this creed strike us as plausible and moving.

Alex Miller, Jr. The Curator and the co-author of A Bow From My Shadow, a collection of poems in dialogue written with Luke Irwin, from Ecco Qua Press (2013). His poems and essays have also appeared in Pif, The Curator, The Denver Syntax, Lake Effect, ken*again, and Create Here. He is an Adjunct Professor of Humanities at Gordon College in Wenham, MA, and a teacher of high school English and Rhetoric.