Over the past decade or so, I’ve begun to steep myself in some of the ancient rhythms and rituals of the Church. I have taken to incorporating disciplines like the Sabbath, silence and solitude and fasting into my regular life of faith. Perhaps the most formative practice has been trekking along with the Church calendar while praying through the Anglican Book of Common Prayer (BCP). In developing this new habit, I have begun to re-discover some of the sacred wisdom of the Church: Christians reckon time differently.

In his recently published book entitled The Book of Common Prayer: A Biography, Alan Jacobs shows how the BCP “masters and orders” our experience of time in a few different ways. [1] First, with the bookends of Matins and Evensong, he notes how the BCP frames the diurnal rhythms of each day. Secondly, the prayer book encompasses the entire span of life, as it guides pilgrims through the passage of their whole lives from birth to burial.

Third, the BCP also regulates our experience of time by mapping the high point of redemption history – the drama of Jesus’ life, death and resurrection – onto every one of our years. The Christian liturgical year begins with Advent and the first half of the year progresses through Christmas, Epiphany, Lent, Easter, Ascension and Pentecost. Roughly speaking, if the first half highlights the drama of Jesus, the second half of the year – known as Ordinary Time – re-enacts the drama of the people of God in the whole sweep of the Scriptures under the kingship of Christ. [2]

The Old Testament anticipates the Christ event and the New Testament works out its unfolding implications in the life of the Church. This cycle repeats year after year after year. But, argues the late theologian Robert E. Webber, ‘when the Christian year is turned into a mere repetition of the past, we miss the point’ because each season of the calendar is meant to be commemorated as if it is happening now. [3] 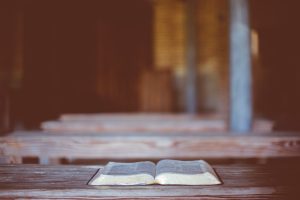 The Church calendar follows a trajectory that moves from remembrance of Christ to recapitulation of Christ but it never moves beyond Christ. During the first half, ‘as we enter into the very life of Christ, his life interpenetrates our lives, and we learn to live in the pattern of his life and death as we die to sin and rise to new life in Christ.’ [4] In the second half, we see the life of Christ pre-figured and post-figured in the people of God and we are called to creative imitation. The entire liturgical year is to guide each of our years; Every season of the Christian year provides part of the pattern for the Church to follow.

How exactly is the Church to live this out? Just as Pentecost is the bridge that connects the drama of Jesus Christ with the subsequent drama of the Spirit-filled new covenant people of God in the New Testament, so too does the Spirit of Jesus democratize the mission of God to the people of God in our day. By the Spirit, the Church is invited into God’s drama of redemption, not as mere audience but as the acting company driving the drama to its dénouement, even as it is carried along by Christ.

We see this union reflected in the unity of the composite work Luke-Acts, two books of the Bible intended to be read together as part one and part two. Here too, the trajectory moves from remembrance to recapitulation. From the very outset, the author makes clear how the reader is to understand the relationship between the Gospel of Luke and the book of Acts:

‘In the first book, O Theophilus, I have dealt with all that Jesus began to do and teach until the day when he was taken up, after he had given commands through the Holy Spirit to the apostles whom he had chosen’ (Acts 1:1-2).

That is, the Gospel of Luke recounts all that Jesus began to say and do with the clear implication that the Book of Acts will recount all that Jesus continues to say and do through the life of the body of Christ. [5] This dynamic shows up all over Acts; how else are we to make sense of the question Jesus poses to Saul, the great persecutor of the early church: ‘Saul, Saul, why are you persecuting me?’ (Acts 22:7). The Head and the Body, Christ and the Church are far more united than we often imagine.

The second stanza of Gerard Manley Hopkins’ poem “As Kingfishers Catch Fire” shines the spotlight on this dynamic between Christ and the Church through the life of the saint:

I say móre: the just man justices;
Keeps grace: thát keeps all his goings graces;
Acts in God’s eye what in God’s eye he is —
Chríst — for Christ plays in ten thousand places,
Lovely in limbs, and lovely in eyes not his
To the Father through the features of men’s faces. [6]

Notice the dramatic language of acting and playing. Hopkins is providing the reader with God’s view of human action. According to God’s perspective, when the Christian acts his life out on his particular corner of the world stage, he is performing as Christ. The just man ‘acts in God’s eye what in God’s eye he is – Christ.’ The Christian is to play the part of Christ. But it’s not quite so simple or one-sided as that for it is Christ who is playing his role through the unique roles of each Christian – ‘for Christ plays in ten thousand places, lovely in limbs, and lovely in eyes not his to the Father through the features of men’s faces.’

Hans Urs von Balthasar describes this dynamic well. In the first volume of his Theo-Drama he writes: ‘it is a case of the play within a play.’ God plays on our stage and ‘our play “plays” in his play.’ [7] The Christian acts as Christ; Christ plays in ten thousand places. But he also takes it a bit further:

Let no one say that after the Christ-drama everything has basically been said and shown, that drama is exhausted. No one knows all the implications of God’s action which took place in Christ; the history of the Church and the world is there in order to bring them to light, not systematically, but dramatically. In the suffering of the God-man a role has been left for the believer, and evidently is not a superfluous or dispensable one (Col 1:24). [8] 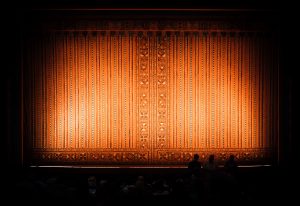 In a way, the drama of Jesus Christ is incomplete without the Spirit-filled people of God. One way the Scriptures describe this is that there is something lacking in Christ’s afflictions. The apostle Paul says it himself: in his suffering for the sake of the church, he is “filling up what is lacking in Christ’s afflictions for the sake of his body, that is, the church” (Col 1:24). Paul is not saying that Christ’s suffering and death are somehow deficient in terms of their sufficiency for salvation for those who believe. Christ suffered and died once and for all; the work was accomplished; it is finished. Instead, what Christ’s afflictions are lacking is a contextualized, public demonstration. The Church remembers in order to recapitulate the life of Christ on the world stage so people will see the love of Christ for them on display. The mission is that of witness through participation.

All of this fits in with the Augustinian doctrine of totus Christus. In his Tractactes on the Gospel of John, St. Augustine writes:

‘Let us rejoice, then, and give thanks that we are made not only Christians, but Christ. Do you understand, brothers and sisters, and apprehend the grace of God upon us? Marvel, be glad, we are made Christ. For if He is the head, we are the members: the whole man is Him and us.’ [9]

According to St. Augustine, Jesus and the Church together comprise the totus Christus – the “whole Christ.” To be sure, Christ and the Church are not the same; the Head is not the body. Nevertheless, they are inseparable. Christ is the principal actor that leads the cast of actors all of whom find their roles in him. He is the firstborn among many brothers and sisters and also seemingly incomplete without them ‘for God does not play the world drama all on his own; he makes room for man to join in the acting.’ [10] The Christian ‘Acts in God’s eye what in God’s eye he is — Chríst — for Christ plays in ten thousand places.’

The liturgical calendar is meant not for a museum wall but the kitchen fridge. It is not merely a venerable relic, it is meant to give shape to what we train our hearts and minds and bodies upon on any given Tuesday. The calendar offers us the opportunity to see and extends the invitation to ‘go and do likewise.’ In this remembrance and recapitulation, the Church is entrusted with the privilege of playing a key role in the mission of God. When the Church participates in the ongoing drama of redemption, ‘it is as though Christ himself actually grows through the work of mission.’ [11] The drama of Christ is not over; ‘the whole Christ is still ‘in via,’ still attaining its fullness.’ [12] Far from diminishing the glory of Jesus, this actually magnifies it.

0
Facebook Twitter Pinterest
LinkedIn Email
Written By
Kevin Antlitz
More from Kevin Antlitz
Over the past decade or so, the Protestant church in North America...
Read More