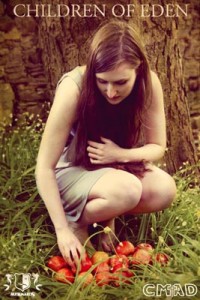 In a previous post, I outlined C.S. Lewis’s guidelines for a Christian journal, in which he suggests that Christians who do have evangelistic aims with their work can accomplish those aims more effectively by not creating explicitly evangelistic work, but instead by addressing a gap between the prevailing culture and the Gospel. In this post, I will look at the musical Children of Eden, by Stephen Schwartz, as an example of a piece of art which is neither evangelistic nor particularly Christian, but which can be presented by a Christian producer to bridge the gap between a culture of independence and the Gospel’s self-sacrificial love.

To a Christian, the theology of Children of Eden is appalling. Whenever God’s children betray him – starting with Adam and Eve, and continuing on to the children of Noah – he reacts vindictively, heaping curses upon them and refusing to speak to them again, focusing instead on the next generation – until that generation betrays him in turn. Finally, God the Father learns that he must let his children go free, and release them from the ‘prison of gratitude’ that has stunted their growth and development. In order to develop fully as human beings, God’s children must disobey him, and claim the fruit of the Tree of Knowledge for themselves. The musical ends with Noah’s wife telling her husband, ‘You must be the Father now,’ and the cast singing that ‘if he should speak again (our silent Father), all he would tell us is the choice is in our hands’. Human freedom is found by casting off the oppressive rule of a tyrannical Father, and choosing one’s path for oneself – an independence which God Himself must come to approve.

Why would I as a Christian want to present this show to an audience?

For me, Children of Eden presents the first nine chapters of the Bible with a Gospel-shaped hole. The first act presents the murder of Abel by Cain. In the second act, the same fight is enacted between Noah’s sons Ham and Japheth, as Japheth defends his wife Yonah, the family’s servant and a woman from the race of Cain, whom he has snuck aboard the ark. However, this time, the fight is interrupted by Yonah, who throws herself in between the two brothers, stopping Japheth from repeating Cain’s crime. Self-sacrificial love has broken the cycle of violence and hate. It is the despised outcast, the one who bears the mark of sin on her body, and sings that she is ‘bound to walk among the wounded and the slain’, who is the bearer of grace and salvation to humanity. (It is Yonah, in the musical, who surreptitiously releases the dove and commands her to ‘bring hope’).

The Gospel is very much present in Children of Eden, though it is not visible on the surface. The musical shows us to be children who long for the Eden that we lost through our own choice. We are a race of dysfunction, ‘to error prone’, as Eve sings. The cycle of mistakes and violence can only be broken when we choose to love one another as members of one family, and the grace which introduces this love often comes from the most unexpected people. ‘Love one another’ is the commandment of this play, and Yonah foreshadows this Gospel love. (Our recent St Andrews production highlighted this Gospel foreshadowing by ending the play with a solo spotlight on the actor playing the Father, arms spread open in a cross).

Though not a Christian show, Children of Eden presents the idea that salvation for humanity comes through self-sacrificial love, epitomised by a ‘suffering servant’ who is counted as sin and treated as an outcast. It does not directly preach Christ; but it does reveal the need for Gospel love to a culture that seeks salvation through individual self-fulfilment.