Editor’s Note: This is the first installment of a two-part article.

Though the term iconoclasm has expanded its meanings and associations over time, it still evokes a more Protestant than Catholic approach to church life. Not only are Protestants on the whole warier about the dangers of images, but Protestantism was birthed in the pangs of Reformation iconoclasm. Even Anglican and Episcopal churches, many of which today commission and display powerful art, refused for a time to tolerate anything image-like, including crosses. Queen Elizabeth was rebuked for the silver ones she kept in her chapel.

In my own Protestant upbringing, I attended a church that did tolerate crosses, but little else. A floor-to-ceiling wooden cross positioned directly behind the preacher was the sanctuary’s lone adornment. There were no paintings, no sculptures, not even any windows. The carpet and chairs were dark brownish-orange, as if anything pleasing to the eye might prevent worship of the invisible God. 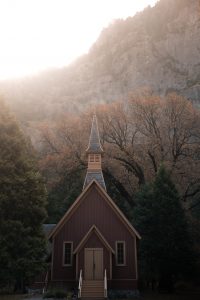 Like all official determinations, these aesthetic decisions were made by the elder and deacon boards, comprised entirely of men. Sometimes the women rebelled against the bleak setting by arranging flowers for the front or sewing Advent banners. I remember my own mother on more than one occasion trying to brighten the pulpit by wrangling greenery around it. It was fake, of course, because there were no windows.

And yet despite the possibility that aesthetic anxiety can lead to such dreariness, I want to commend an iconoclastic impulse as salutary to image-loving traditions like Catholicism, even like much of twenty-first century Protestantism. I believe the iconoclastic impulse need not lead to visual austerity, for it can actually help Christians love images better—and might even help Protestants and Catholics find more common ground on images. Attempts to maintain a stark contrast between iconoclasm and iconophilia break down in a way that leaves room for ecumenical hope. Certain forms of iconoclasm, like many images, can be modes of fidelity to Christ.

In some ways, this argument for iconoclasm is easier to make now than it was prior to 2017. In the midst of a national conversation in the United States about Confederate monuments, iconoclasm is having a cultural moment. Tearing down or removing Confederate statues has raised for many the possibility that image-breaking might be salutary.

At the same time, players in the National Football League have claimed this fall that by kneeling during the national anthem—an action detractors have interpreted as an iconoclastic gesture against the symbol of the American flag—they intend to honour what that flag represents. It is, perhaps, an iconoclasm meant to express love for what it challenges. More than any other time in recent history, iconoclasm seems a credible strategy in political life. 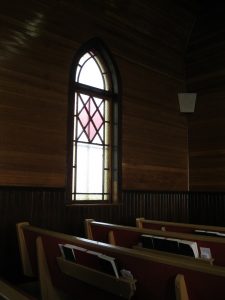 But there have also been instances of iconoclasm less well received. The destruction of so much art and so many images by ISIS over the last decade, the Taliban defacement of the Bamiyan Buddhas in 2001—these iconoclastic acts have been roundly condemned by most Americans, including those who want to see Confederate statues destroyed. Then there are more perplexing cases. How do we understand the iconoclasm surrounding the 2015 Charlie Hebdo murders, or the 2005 Danish cartoon controversy regarding caricatures of the Prophet Muhammed in the Jyllands-Posten? The cartoonists in these cases were called iconoclasts, as were those calling for the images to be banned or burned. These events and many others are a snarl of competing iconoclasms.

We can begin picking our way through this thicket of iconoclasms by naming two broad types of iconoclasm found in many politically- and religiously-charged controversies. The first type targets images that the iconoclast believes testify to a power that is false or wicked. The iconoclasts attacking the Confederate statues and the Bamiyan Buddhas may have utterly divergent political agendas, but both see the statues they target as problematic for celebrating and instantiating a false power in communal life. The iconoclasts against Confederate statues might name that power white supremacy; those against the Bamiyan Buddhas, a blasphemous idea of the divine; but like most revolutionary iconoclasm, these iconoclasts want a different power honoured in place of the false one.

Many Reformation iconoclasts saw images qua images as limiting God, wrapping God up in human ritual and convention to claim where God can and cannot be. But this kind of iconoclasm was not limited to the Reformers alone. Even some medieval traditions voiced concern over the wealth used to produce and adorn images. Bernard of Clairvaux, for example, excoriates ecclesial splendour that encourages attention to wealth rather than to the divine life it is supposed to signify.

There is something about this spirit of clearing away that finds resonance in the gospels. If your hand causes you to sin, lop it off. When you find moneychangers in the house of God, turn those tables over.

Jesus’s ministry could be described as an iconoclastic restoration of attention to God’s life in the world.

Criticized for gleaning wheat on the Sabbath, he replies that the Sabbath was made for humans, not humans for the Sabbath. In defense of healing on the Sabbath, Jesus points to the importance of saving life and doing good. Seeing the woman at Bethany criticized for lavishly anointing him rather than serving the poor, Jesus defends her act as intimate with the preaching of the gospel. Where people cling to rules, rites, and images as if they are Life itself, Jesus draws their attention back to the love, the Life, these conventions are supposed to signify and nourish.

Evoking such gospel iconoclasm, Pope Francis writes that Jesus can ‘break through the dull categories with which we enclose him and constantly amazes us by his divine creativity’. Perhaps it is unsurprising that Pope Francis has himself been called an iconoclast, most forcefully when he washed the feet of women and Muslims his first Maundy Thursday service as pope, starting a papal practice of washing the feet of the marginalized.

Pope Francis, too, wants to restore attention to what is most important—in this case, to the Christ-like love, humility, and mercy to which all Christians are called. Soon after, he named the Extraordinary Jubilee of Mercy. The papacy of Francis suggests the importance iconoclasm can have for the Catholic Church as a way of turning the gaze of the heart toward Christ.

In this way, as I will argue in the second part of this essay, iconoclasm shares an important feature with images themselves.

Natalie Carnes is Associate Professor of Theology at Baylor University. Her most recent book is Image and Presence: A Christological Reflection on Iconoclasm and Iconophilia (Stanford 2017).

Over the past few years, I have been collecting names of people and organisations combining theology (predominantly theatre) and the arts. Generally these names…