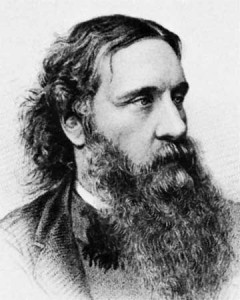 The “Inklings,” an Oxford group that included C.S. Lewis, J.R.R. Tolkien, Owen Barfield, and Charles Williams, has long been recognized as one of the most creative literary groups of the mid‐twentieth century, one whose fantasy writings in particular have become a major influence on the development of subsequent literature and film. But, as they freely acknowledged, behind these lay an earlier generation of Victorian writers who pioneered the forms they developed – perhaps most notably George MacDonald. With the fiftieth anniversary of the death of C.S. Lewis we wish to explore the many connections, and to see some of the ways in which the work of the Inklings was ‘informed’ by the work MacDonald and his fellow fantasists.

Speakers include Kerry Dearborn, Danny Gableman, Malcolm Guite, Moniker Hilder, Stephen Logan, Kirstin Jeffrey Johnson, John Pennington, Stephen Prickett (Chair), and Jean Webb. As Magdalen was Lewis’s college – host to many ‘Inkling’ discussions – and as Oxford’s history is long­‐entwined with the genre of fantasy, the conference will include a thematic introduction to relevant sites.

We invite session papers of not more than 20 minutes on any themes connecting these writers and their work and influence on literature, theology, and the arts in general. Attention to fellow 19th century fantasists such as Charles Kingsley, Lewis Carroll, and William Morris is welcome.