OWEN BARFIELD IN CONTEMPORARY CONTEXTS:
EXPLORING HIS THOUGHT AND INFLUENCE

The chief purpose of the book is to present fresh scholarship on the work and ideas of the British philosopher, critic and poet Owen Barfield (1898-1997) by addressing the nature, range, potential, application, relevance and significance of his thinking across diverse domains in contemporary contexts. 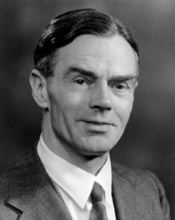 ADDITIONAL CHAPTERS ARE NOW SOUGHT – If you are interested in contributing, please contact Martin Ovens at martin.ovens@univ.oxon.net for further information, or to send suggested topics/short abstracts