This aticle explores C S Lewis’s conception of the moral responsibility of artists in general by examining three artistic ‘heresies’ with which Lewis disagreed: Poetism, Antinomianism, and Utilitarianism.

What I am calling ‘Poetism’ Lewis called ‘Poetolatry.’[1] This conception of the artist is ‘concerned not with a human and voluntary activity called poetry, but with “poethood” conceived as an intrinsic, natural superiority in certain favoured individuals.’[2] This ‘natural superiority’ consisted of qualities such as ‘tenderness,’ ‘fortitude,’[3] ‘spontaneity,’ and ‘freedom.’[4] According to Poetism, poets—and other artists—are by their nature ‘great souls.’ [5]

Lewis traced the genesis of Poetism to the critic Matthew Arnold, who wrote in his 1880 essay ‘The Study of Poetry’ that ‘most of what now passes with us for religion and philosophy will be replaced by 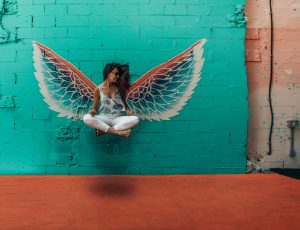 poetry.’[6] This collapse of religion and philosophy into aesthetics was continued in Lewis’s lifetime by the journal Scrutiny, founded in 1932 by Cambridge critic F. R. Leavis. The journal’s first issue proclaimed its editors’ conviction that there was ‘a necessary relationship between the quality of the individual’s response to art and his general fitness for a humane existence.’[7] According to Poetism, artists are inherently better people than non-artists, and an appreciation of art is necessary in order to be a good person.

Lewis considered the assertions of Poetism to be undermined by the example of poets themselves. He gave as an example the poets of the ‘Dirty Twenties,’ a phrase which he used both in The Pilgrim’s Regress (1933)[8] and The Personal Heresy (1939)[9] to satirise poets who used obscenity, pornography, and blasphemy in their work. In The Personal Heresy, he wrote that these poets ‘produced poems which succeeded in communicating moods of boredom and nausea that have only an infinitesimal place in the life of a corrected and full-grown man;’ if this content ‘truly reflected the personality of the poets, then the poets differed from the mass [of humanity], if at all, only by defect.’[10] Yet, they were still poets. Lewis stated that ‘the fact of communication and the means by which it was effected’ is ‘sufficient proof’ of their creations being poems.[11]

For Lewis, poetry was defined by literary, not moral, criteria. Poetry was ‘a skill or trained habit of using all the extra-logical elements of language—rhythm, vowel-music, onomatopoeia, associations, and what not—to convey the concrete reality of experiences.’[12] A poem was ‘a composition which communicates more of the concrete and qualitative than our usual utterances do.’[13] A poet was a person ‘who produces such compositions more often and more successfully than the rest of us.’[14] The mark of a good poet was not originality, courage, sensitivity, or any other quality of personality; it was ‘clarity, mastery of the medium, appositeness of metaphor,’[15] and other artistic talents developed into consistent skills. A poet could be either a good or bad person, but his ability to create work which effectively communicated human experience and meaning through ‘the extra-logical elements of language’ determined whether he was a good poet.

The Antinomian position was exemplified by the slogan ‘art for art’s sake,’ a phrase which denied the imposition of any external criteria on art. Lewis, on the other hand, argued in The Abolition of Man (1943) that moral law ‘is not one among a series of possible systems of value. It is the sole source of all value judgements. If it is rejected, all value is rejected. If any value is retained, it is retained. The effort to refute it and raise a new system of value in its place is self-contradictory.’[16] The artist was not free to prioritise art over morality, because they were not simply two types of activity in which a person could engage. Rather, one was an activity, and the other was the system of values which governed all activity.

If there was an objective reality outside the artist, including a moral reality, then the artist could not claim to be free of it. The artist never actually created anything ex nihilo; his work rearranged given, pre-existing materials and concepts into new and pleasing forms. Lewis wrote in his essay ‘Christianity and Literature’ that ‘we should get as the basis of all critical theory the maxim that an author should never conceive himself as bringing into existence beauty or wisdom which did not exist before, but simply and solely as trying to embody in terms of his own art some reflection of eternal Beauty and Wisdom.’[17] If an eternal Beauty and Wisdom existed outside of the artist’s own creation, then the artist’s work was subject to judgement by the criteria dictated by those eternal transcendentals. 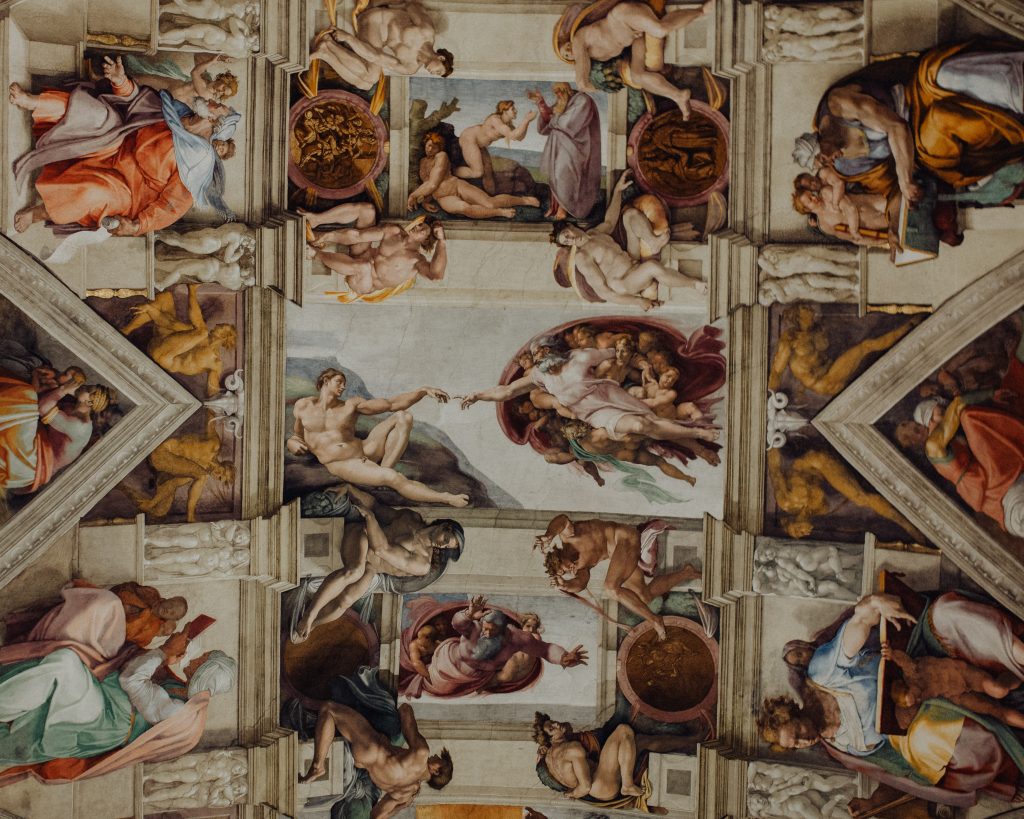 Acknowledging moral law improved rather than limited the artist’s ability to create good art, because, for Lewis, art was intrinsically a communicative act, not an act of self–expression.[18] Only by first acknowledging and obeying the shared reality of artist and audience could the artist create art which could be received and understood by his audience, and therefore succeed in his art. If an artist ignored the nature of this shared reality in order to vomit out self-expression, he betrayed an artistic ‘insufficiency;’ such artists ‘denigrate what they ought rather to use and finally transform by first obeying.’[19] For example, a shared understanding between poet and reader about the rules of verse enabled the reader to enter into the rhythm, and thus discern the meaning of a poem. If the poet inconsistently disrupted the rhythm of the verse without apparent reason, he disengaged his reader, preventing him from following the poem with understanding and pleasure.

Lewis therefore found sufficient reason to be opposed to ‘art for art’s sake’ purely on artistic grounds. He was also opposed to the related Antinomian concept of an ‘artistic conscience’ as a moral standard that outweighed any other. Morally, he saw in it an excuse ‘which every Bohemian bungler pleads as a justification for neglecting his parents, deserting his wife, and cheating his creditors.’[20] Lewis defended Sir Walter Scott as an example of an artist who rightly prioritised his responsibilities to other people over his responsibilities to an abstract concept called Art, even when his work suffered as a result. Lewis wrote that:

our more influential modern men of letters… would blame [Scott] for disobeying his artistic conscience [by turning out novels quickly in order to pay off debts]; Scott would have said he was obeying his conscience. It told him that a man must pay his debts if he possibly could. The idea that some supposed obligation to write good novels could override this plain, universal demand of honesty, would have seemed to him the most pitiful subterfuge of vanity and idleness…[21]

Lewis saw the use of the term ‘artistic conscience’ as yet another example of aestheticism displacing morality.[22]

Utilitarianism was the belief that art was not valuable in itself, but only valuable as a tool towards a greater end. While Poetism and Antinomianism replaced moral with aesthetic considerations, Utilitarianism sacrificed aesthetics to morality entirely. 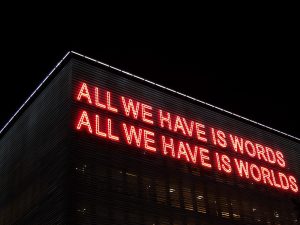 Lewis stated in his essay ‘Lilies that Fester’ that ‘[t]hose who read poetry to improve their minds will never improve their minds by reading poetry.’[23] It has already been seen above that Lewis did not believe in the Arnoldian conflation of the artistic with the moral and religious, and did not believe with Leavis that cultural activities necessarily made a person ‘more fit for a humane existence.’ However, Lewis did believe that literature provided an expansion of one’s experience, because literature enabled the reader to experience worlds he had never encountered before. The only way to experience these worlds, though, was by deigning to be transported by the author. The self-improvement that literature offered was the expansion of experience, and the reader could not be thus improved unless he first submitted himself to the experience for its own sake.

And the experience was itself enjoyable. Lewis argued that the experience of enjoying an artwork ‘could not thus affect us—could not give this pleasure—unless it were good for us; not good as a means to some end beyond the Poiema, the dance, or the exercises, but good for us here and now.’[24] Any theory of poetry must ‘place the goodness (where we actually feel it to be) in what has happened to us while we read; not in some remote and merely probable consequences.’[25]

For Lewis, the two domains needed to be distinguished, although they were always connected. The ‘Author’ sought aesthetic excellence, while the ‘Man’ sought moral excellence.[26] The Man held authority over the Author, just as moral excellence encompassed aesthetic excellence. Encompassed, but did not extinguish—once the Man gave his approval to an aesthetic endeavour, the Author could take over, following his own principles to achieve the end of the artwork: the creation of a unified whole that was wise, beautiful, and powerful in its artistic spell.[27]

[16] C.S. Lewis, The Abolition of Man, or Reflections on Education with Special Reference to the Teaching of English in the Upper Forms of Schools (New York: HarperCollins, 2001), 43.

[20]His friend Dorothy L. Sayers disagreed; their 1946 exchange on the topic of artistic conscience can be found in the second volume of Lewis’s Collected Letters and the third volume of Sayers’s Letters.; cf. C.S. Lewis, ‘A Panegyric for Dorothy L. Sayers’, in Of This and Other Worlds, ed. Walter Hooper (London: Collins, 1982), 124.

[26] Cf. C.S. Lewis, ‘Sometimes Fairy Stories May Say Best What’s to Be Said’, Of This and Other Worlds, 36, for this distinction.