In the midst of expositing the doctrine of Creation that takes up the third volume of his Church Dogmatics, Karl Barth addresses das Nichtige: Nothingness, the chaos that negates God’s creative work and is not to be found anywhere in creation, not even in its ‘shadow-side.’ [1] The darkness, bitterness, death, and decay found within the world represent limitations by which creation bears witness beyond itself, to the revelation of God in Jesus Christ. Into this discussion Barth draws an unlikely conversation partner: Wolfgang Amadeus Mozart.

Barth’s appreciation for Mozart is well known: he began each day in his study listening to Mozart’s music, and claimed that upon arriving in heaven he would seek out Augustine, Aquinas, and Calvin only after first sitting at Mozart’s feet. [2] ‘It may be,’ he wrote, ‘that when the angels go about their task of praising God, they play only Bach. I am sure, however, that when they are together en famille, they play Mozart and that then too our dear Lord listens with special pleasure.’ [3] In Mozart, Barth heard sacred music, not because it didactically served the Word, or offered up a personal confession (as he characterized Bach and Beethoven, respectively), [4] but because it represented a ‘parable of the kingdom’ [5] that allowed the world to be the world, testifying to its Creator as the world, in all the limitations of its finitude. ‘What he translated into music,’ he wrote, ‘was real life in all its discord.’ [6] 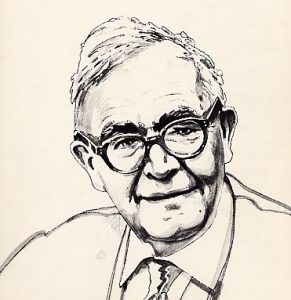 Barth stood opposed to the view – a “slander,” as he put it [7] – that creation has any share in the chaos of das Nichtige. Creation’s shadow-side does not stand opposed to God; on the contrary, God has not revealed himself apart from the limitations and incompleteness of creation, because He has chosen to reveal Himself in Jesus Christ. ‘For in Him God has made Himself the Subject of both aspects of creaturely existence. And having made it His own in Jesus Christ, He has affirmed it in its totality, reconciling its inner antithesis in His own person.’ [8] Barth refused the claim that creation could only testify to its Creator in its beauty and the demand that the shadows be purged, for this is a demand that creation be other than what God has determined it to be, and indeed, a call for the positive aspect of creation to rise up in revolt against heaven, prematurely extinguishing the darkness that God made and called very good.[9]

In Mozart’s music, Barth heard both light and darkness – not in equilibrium, but precisely in the unresolved tension of creation that points to its Creator. ‘What occurs in Mozart is rather a glorious upsetting of the balance, a turning in which the light rises and the shadows fall, though without disappearing, in which joy overtakes sorrow without extinguishing it, in which the Yea rings louder than the ever-present Nay. … We will never hear in Mozart an equilibrium of forces and a consequent uncertainty and doubt.’ [10] Mozart lived in a world of increasing doubt; he was born one year after the great Lisbon earthquake of 1755 that launched the modern project of theodicy. And yet, ‘he knew something about creation in its total goodness… he heard the harmony of creation to which the shadow also belongs but in which the shadow is not darkness, deficiency is not defeat, sadness cannot become despair, trouble cannot degenerate into tragedy and infinite melancholy is not ultimately forced to claim undisputed sway. Thus the cheerfulness in this harmony is not without its limits. But the light shines all the more brightly because it breaks forth from the shadow. The sweetness is also bitter and cannot therefore cloy.’ [11]

Mozart’s music stood as a ‘clear and convincing proof’ to Barth that not even the Shadow-side of creation shares in das Nichtige. Everything God has made, even the darkness, praises Him and is for that reason very good.[12] Barth understood that he and Mozart would have diverged in their theological convictions,[13] and yet his music transported him ‘to the threshold of a world which in sunlight and storm, by day and by night, is a good and ordered world.’ [14]

In Mozart he heard music that bears witness to the faithfulness of God in the midst of suffering, music that seeks neither to rationalize or ignore the darkness of a fallen world, nor to deny the goodness and power of its Creator.

He heard music that, with the Psalms, can offer a cry of lament to the only God worthy to hear it, ‘borne upward by the trust that the plea for mercy was granted long ago,’ [15] music with which, in the midst of a fallen world, ‘one can be young and become old, can work and rest, be content and sad: in short, one can live.’ [16]

In Mozart’s music Barth heard the world as it is, pointing to the grace of God beyond itself. In its incompleteness, creation bears witness to the Creator who reveals Himself in the humiliation of the crucifixion, in which God Himself suffers in the flesh, [17] and in which, as in the music of Mozart, ‘[l]ife does not fear death but knows it well.’ [18]

0
Facebook Twitter Pinterest
LinkedIn Email
Written By
Nathan Barczi
More from Nathan Barczi
In the midst of expositing the doctrine of Creation that takes up...
Read More