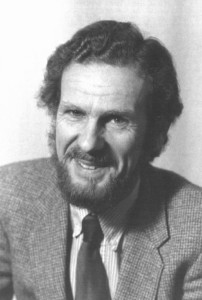 Sara Schumacher has written previously on “The Relationship between the Artist and the Church,” arguing that artists must resist the temptation to view themselves as prophets in exile for “becoming a victim … inhibits true reconciliation.”[1] In this post I’d like to continue the conversation, but shift from personal to philosophical reflection.

In Philosophy and Its Others: Ways of Being and Mind, William Desmond considers “the question of philosophy’s relation to its others.”[2] Against those who want to insulate philosophy from “contaminating otherness,”[3] Desmond argues that “the voice of philosophical discourse has in the past been hospitable, and can in the present be welcoming, to the voices of modes of mindfulness that are other to philosophical analysis.”[4] In his first chapter, Desmond considers several others: “the scholar, scientist, technician, poet, priest, revolutionary, hero, and sage.”[5] The section on “Philosophy and the Poet” is, like each of the others, rich, deserving additional reflection and conversation, but in this post I wish to consider a short section in Desmond’s second chapter: “Art and the Community of Others.”[6]

Desmond begins, observing: “The modern artist is often reduced to a solitary self cut off from social others…. driven into a stony, often unchosen solitude.”[7] Alfonse Borysewicz would, I think, concur. Recall Borysewicz’s lament in a recent post here on Transpositions: “With such limited options I have retreated to my own living quarters, a 4th floor walkup apartment in a not so fashionable part of Brooklyn.”[8]

But why this solitude? Desmond explains:

One mark of modernity is an instrumentalization of being such that art’s claim to intrinsic value does not often enough find social support. In the nineteenth century, the artist found himself at odds with what he saw as the vulgar commercialism of capitalism; driven from the marketplace, he made common cause with fellow artists. This may alleviate the solitude but only temporarily, for the inevitable outcome is the formation of a clique that inclines to be inward looking. The gulf between artist and his social others can only widen. The clique, however, with the courage of crowds, begins to make noise, especially sounds disparaging of the philistines. The solitary artist becomes defiant of his social others.[9]

Desmond continues, predicting the eventual triumph of the rebel artist, a triumph that results in a receptive but passive audience. The artist then responds by trying “more and more shocking things until a saturation point of outrage is reached.”[10]  “The social others are now numb,” says Desmond, and “the artist still … solitary.”[11] Commerce then makes its entrance leading Desmond to observe: “Yes, the entrepreneur may mediate between artist and society, but in the way a procurer mediates between client and gigolo–the price for the beauty must be right. The artist who used to shock becomes a panderer–and the best panderers are those who shock most.”[12] In light of this history, Desmond cites two extremes that should be avoided:

The community is, according to Desmond, essential, for “without some community of others” art’s “creative power is weakened.”[15] He continues: “As Tolstoy insisted, art is essentially communication, but this occurs only with a proper intermediated balance between self and its fellows … between its solitude and its solidarity. To communicate is to be fulfilled, nay it is to be, by reaching out to otherness.”[16] But what does that look like? It must, says Desmond, be “grounded in significance shared.”[17] And what does that mean? He responds: “This does not mean telling a people only what it wants to hear…. The sources of significance elude easy saying, for in them may be mixed some alarming secrets,” and so the artist “must grapple with the recalcitrance of the community of others, as well as celebrate his solidarity with it.”[18]

The artist, it seems, must live in tension with the community, continually reaching out to otherness.